A surge of violent events by militant Islamist groups in Africa, led by escalations in the Sahel and the Lake Chad Basin, sets record and widens instability. 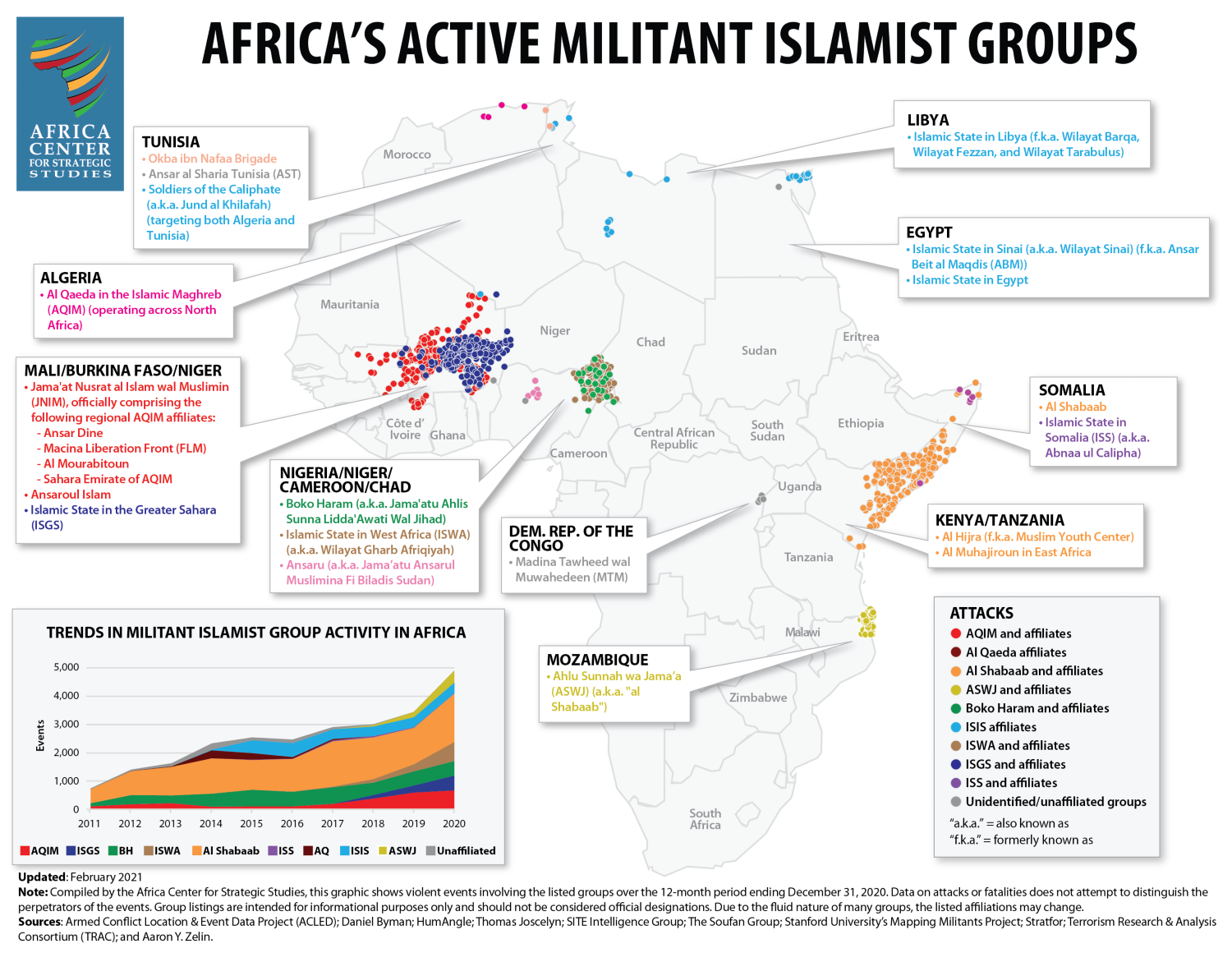