Violence linked to the Islamic State in the Greater Sahara (ISGS) more than doubled in the past year. Concentrated along the Burkina Faso-Niger-Mali border areas, ISGS events target civilians nearly half the time. 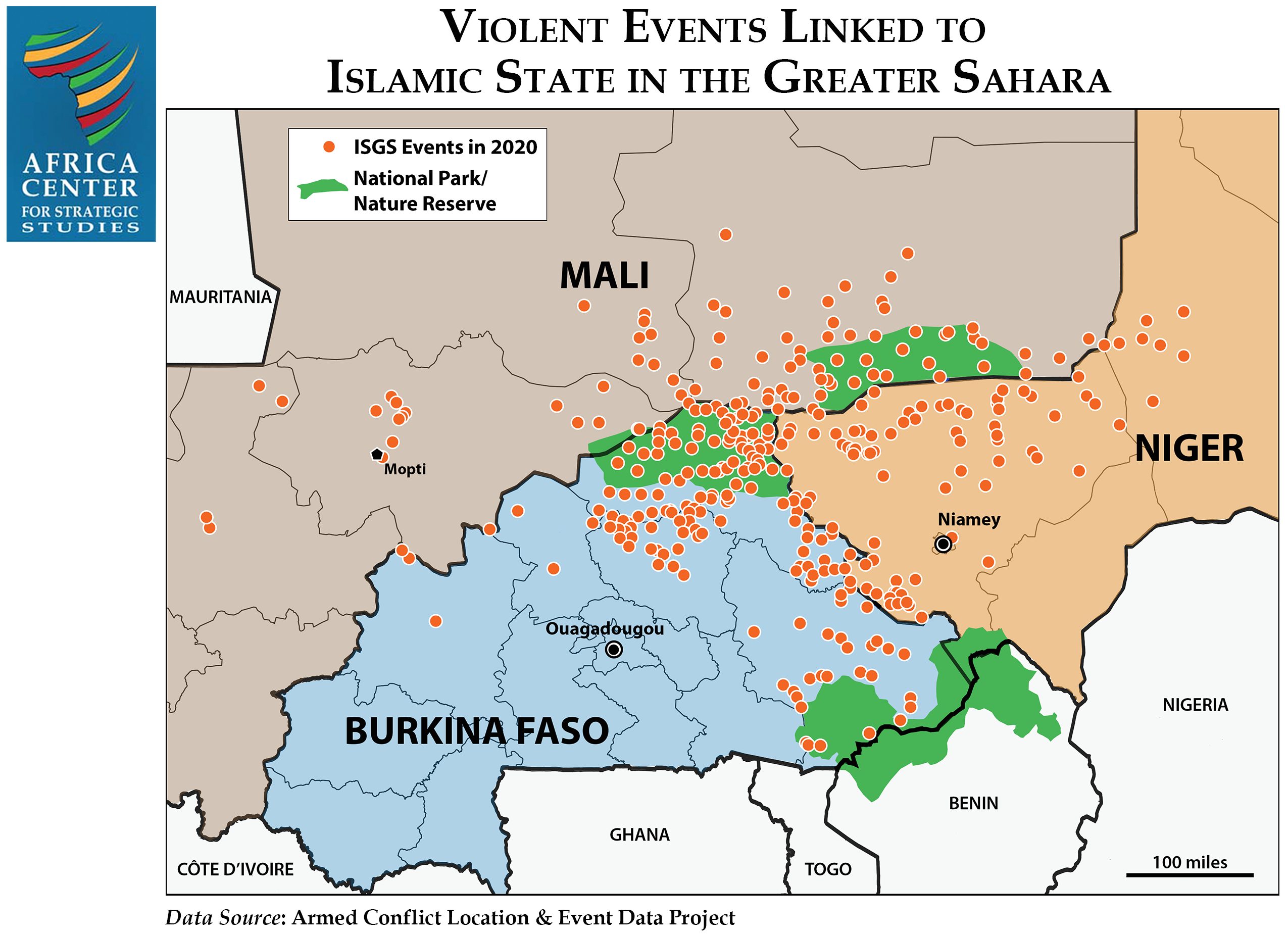 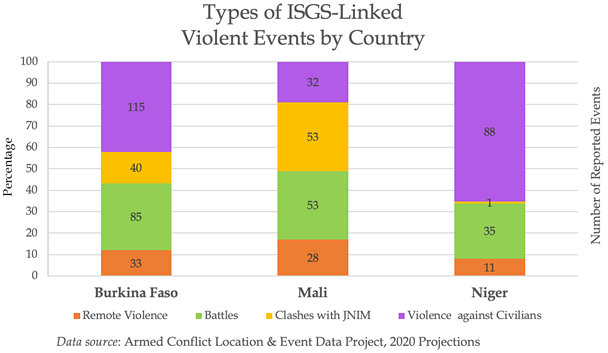