Africa is projected to suffer the greatest near-term effects of global warming of any region in the world, despite having contributed the least carbon emissions. Climate change will impact the viability of Africa’s arable land, power sources, and coastal cities, leading to rapidly escalating resource pressures as the continent’s population doubles by 2050. Tens of millions of African climate migrants are anticipated in the coming decades as global warming drives worsening storms and weather disasters, amplifying instability and complexity in Africa’s security landscapes. Following are a selection of Africa Center products that track climate-related pressures and their security implications. 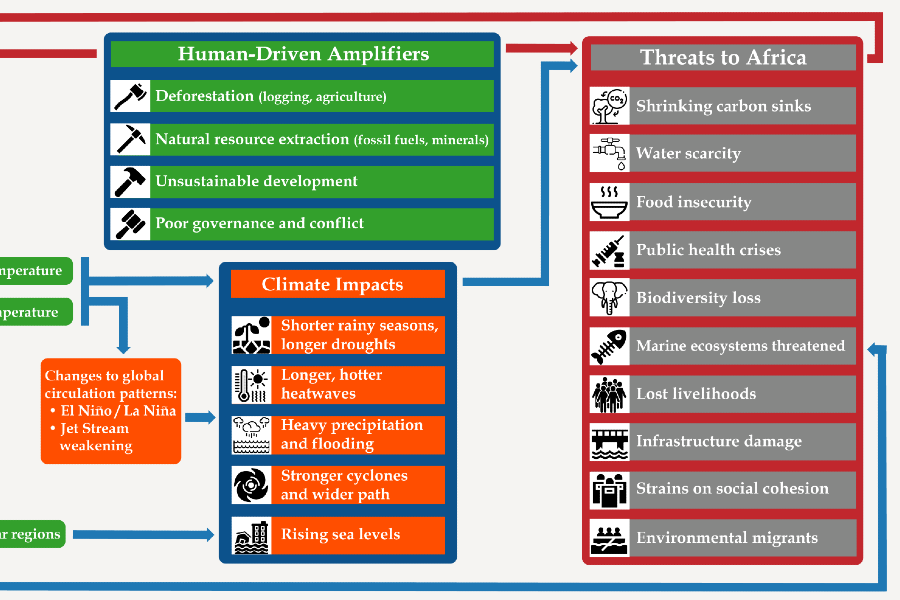 Reinforcing cycles of unsustainable human activity and intensifying climate effects are exacerbating the threats facing hundreds of millions of Africans. 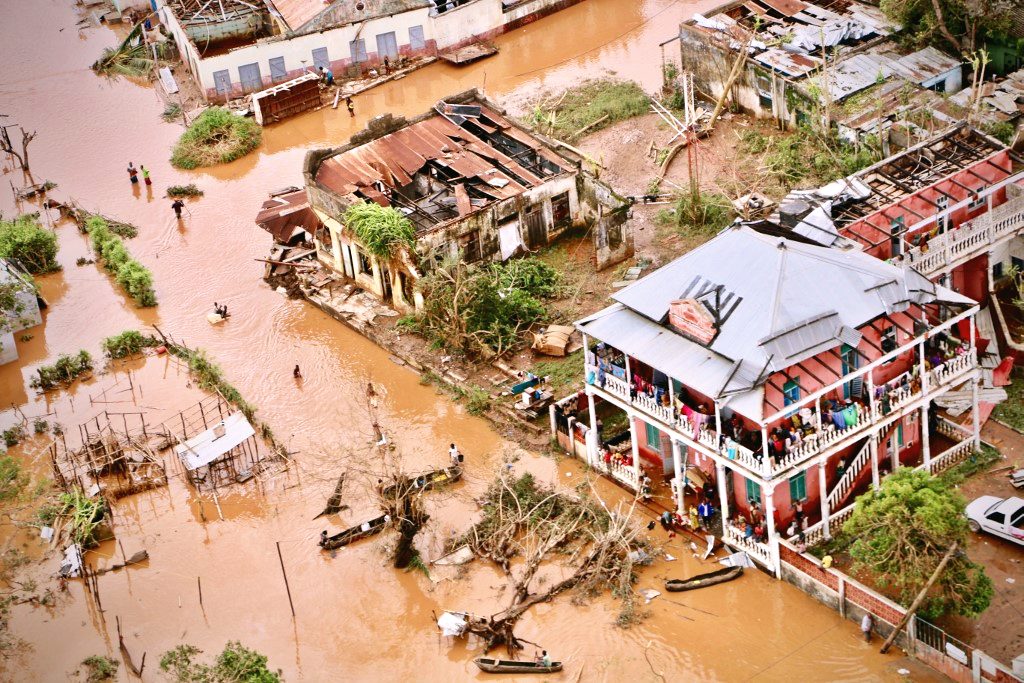 Global warming is causing an increase in the frequency and intensity of storms in Africa, which are exacerbating other socioeconomic stressors across the continent. 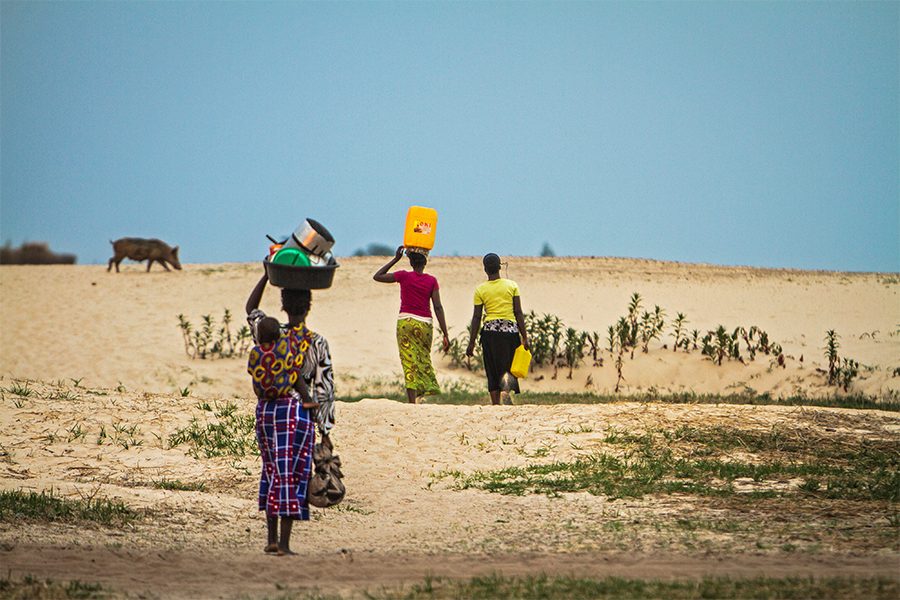 Climate Change and Security in Africa

This public roundtable assessed the range of climate-related security pressures on the continent and the importance of incorporating environmental security into African security policy. 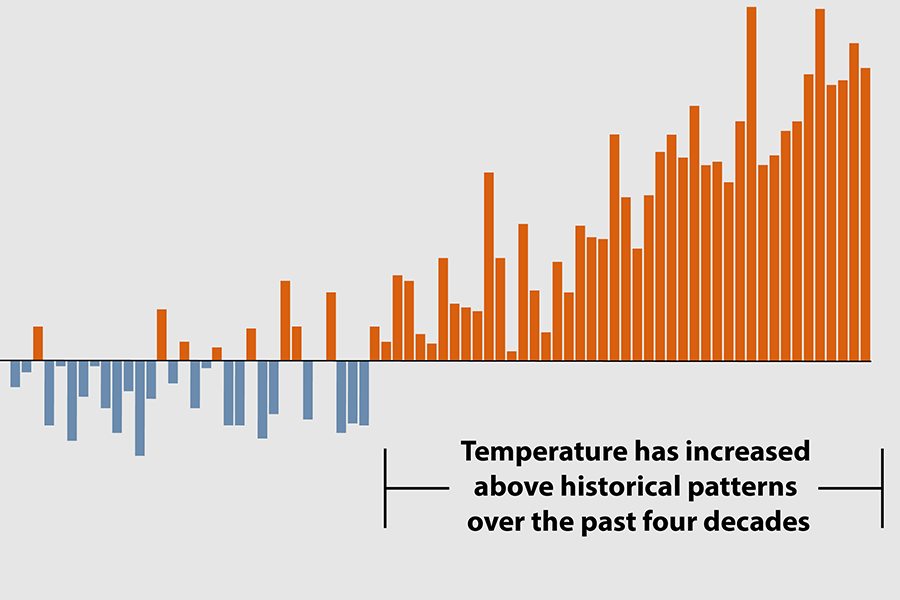 Global warming is contributing to more and extended heat waves, a tripling of droughts, a quadrupling of storms, and a tenfold increase in flooding in Africa since the 1970s—exacerbating security threats on the continent. 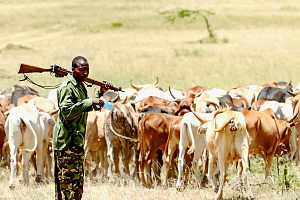 The rise of farmer-herder violence in Africa is more pernicious than fatality figures alone since it is often amplified by the emotionally potent issues of ethnicity, religion, culture, and land. 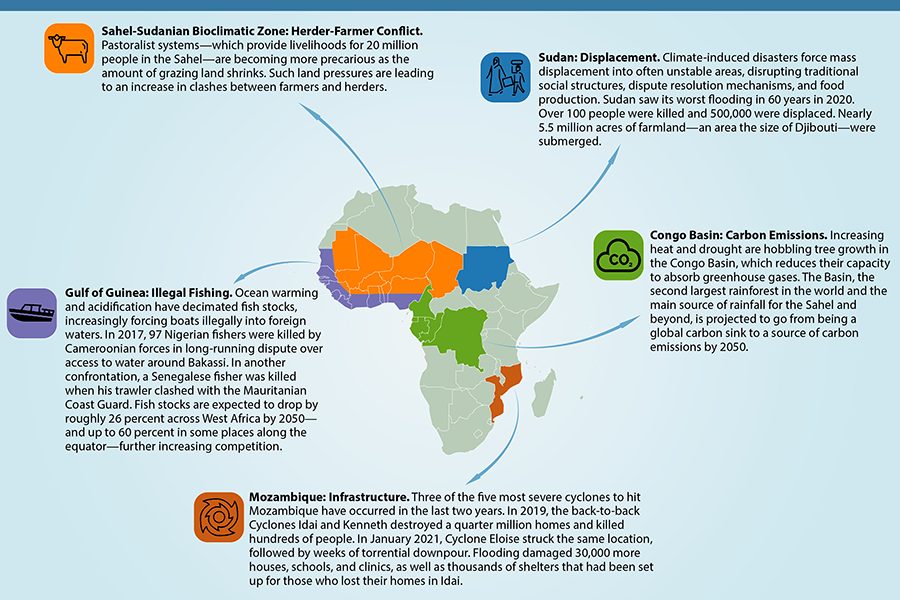 Climate change is straining livelihoods across broad swaths of Africa, intensifying instability in multifaceted ways. The continent’s ability to adapt to and mitigate these effects will have global repercussions. 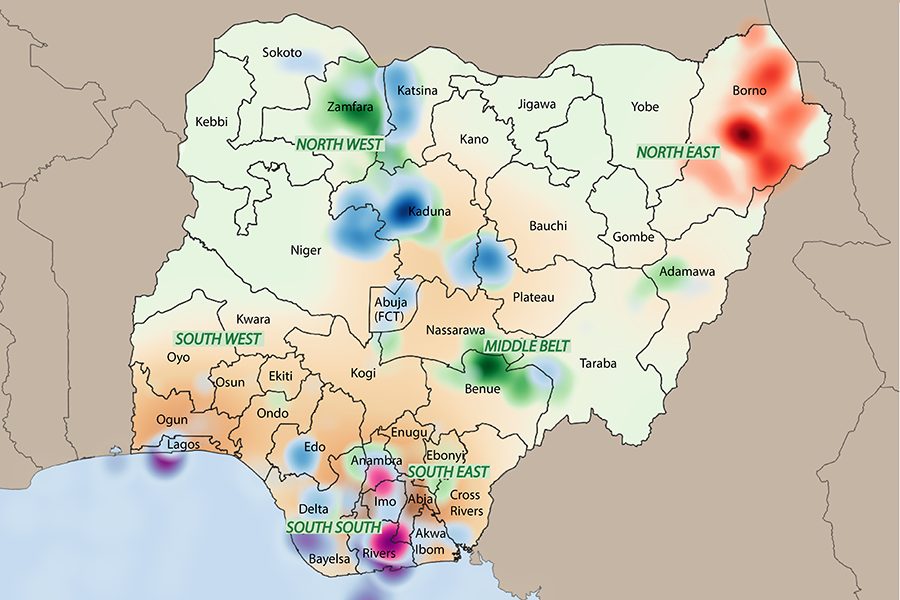 Nigeria faces an array of security challenges beyond Boko Haram. Distinguishing these threats and understanding their socio-geographic contours is essential for adapting customized solutions. 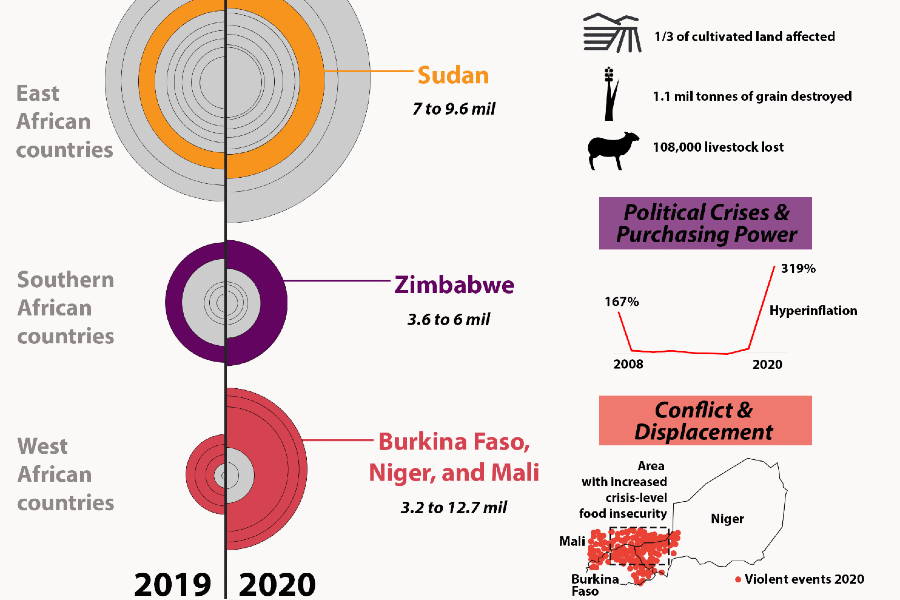 Acute food insecurity in Africa has increased by over 60 percent in the past year and threatens to widen further as the effects of COVID-19 exacerbate other drivers such as conflict and political mismanagement. 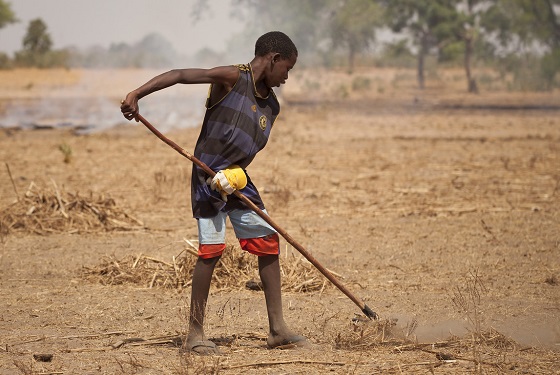 The effects of desertification are widespread and growing worse, contributing to heightened resource competition, conflict, and hunger. 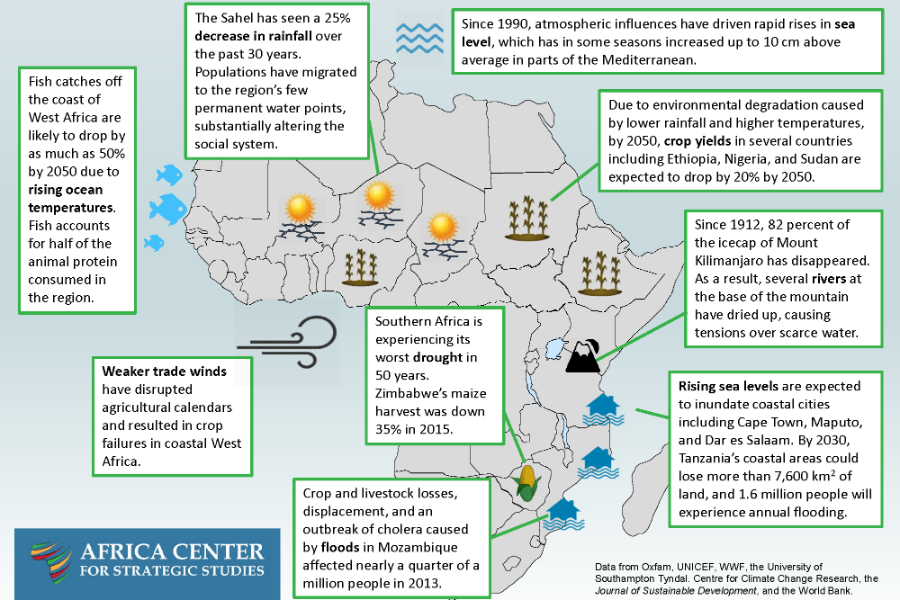 Africa is more vulnerable to climate change than any other region on the planet. Research has found that climate change is as a threat multiplier, exacerbating existing issues such as political instability, poverty, and unemployment. Conversely, state fragility and poor governance are two of the principle circumstances that cripple communities’ ability to adapt to climate change. Meanwhile, Africa’s population is growing rapidly. This map reflects a few of the ways that climate change the changing environment is straining Africa’s social systems.