Burkina Faso suffered its second coup of the year when Captain Ibrahim Traoré, the 34-year-old head of an artillery unit of the Armed Forces of Burkina Faso, declared himself head of state on September 30. The coup ousted the previous junta leader, Lieutenant Colonel Paul-Henri Sandaogo Damiba. Traoré justified his seizure of power on Burkina Faso’s deteriorating security situation. Damiba had led an earlier coup in January 2022, similarly claiming he would address the country’s security crisis.

Traoré was a participant in the January coup and was aided in the latest putsch by several members of Damiba’s junta. In contrast, other junta members continued to side with Damiba. Most Burkinabe military officers, meanwhile, have not participated in either coup, underscoring the fragmented state of Burkina Faso’s armed forces and the highly arbitrary means by which power has changed hands. 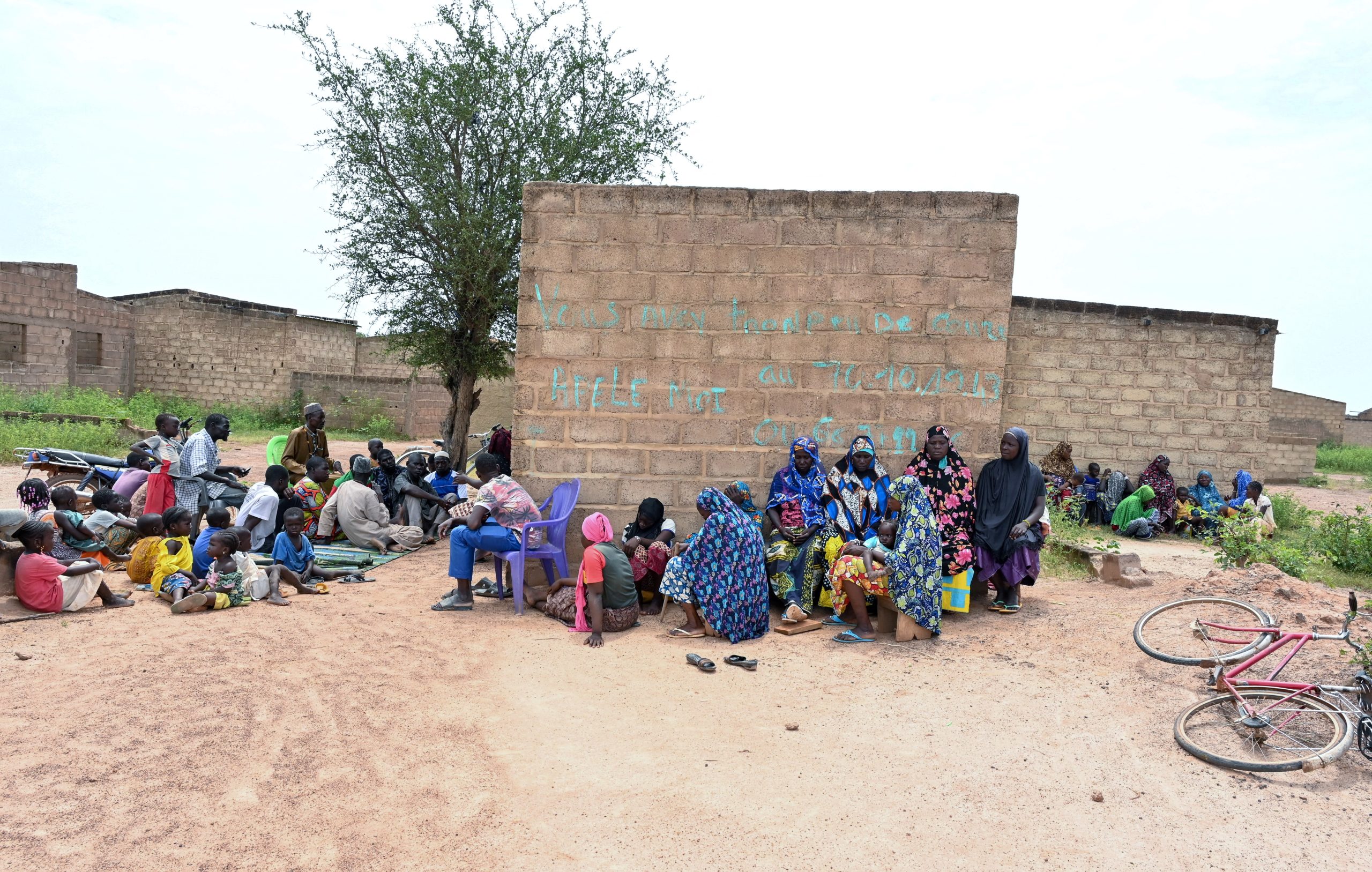 Displaced families, who fled Jihadists’ attacks in northern and eastern Burkina Faso, in Gampela near Ouagadougou on October 6, 2022. (Photo: AFP)

Cultivating the Appearance of Legitimacy

Traoré’s junta hastily organized a 2-day national forum on October 14 and 15. With junta representatives dominating the proceedings, it was little surprise that Traoré was designated as the transitional president and that the junta retained significant authority in the transitional governing charter.

The new junta’s charter largely conforms to the one adopted under Damiba and abides by the stipulations set forth by ECOWAS that the transitional president cannot run for office and that elections will take place by July 2, 2024.

Traoré follows a long legacy of military actors who have taken power through a coup in Burkina Faso (left to right): Blaise Compaoré, Paul-Henri Damiba, and Ibrahim Traoré. (Photos: AFP)

The charter also outlines the size and shape of the government during the transition, exhibiting a decidedly pro-junta configuration:

By design, the 16 security and defense forces plus the 20 appointed by Traoré comprise a one-seat majority at 36 members.  No revision of the charter is possible without Traoré’s support and a two-thirds majority vote from the transitional legislature. Given the legislative body’s top-heavy military representation, finding 47 votes for a two-thirds majority should not prove too challenging.  Until the members of the transitional legislature are named and the legislative session opened, Traoré legislates by decree.

Calls for a Return to Civilian Rule

“The role of the army in a democracy is to ensure the defense of the territory, the protection of institutions, and an unconditional submission to the legitimate civilian political authority.”

Implications for the Way Forward

Traoré’s actions since taking power reveal little strategic planning beyond installing himself as president and further entrenching military rule in a country that is still emerging from the 27-year military-turned-authoritarian government of Blaise Compaoré, which was finally forced from power in 2014.

Traoré justified his coup by claiming he would restore security and turn the tide of conflict. Yet the effects of the coup have reportedly diverted precious resources, attention, and personnel from the frontlines of the security and humanitarian crises confronting the country. This includes more than 1,500 violent events and 3,800 fatalities projected in 2022. This violence has forcibly displaced roughly 2 million people out of a population of some 22 million. Violent events are on pace to increase by 35 percent this year—when the first coup took place.

The coup also resulted in the suspension of ongoing major military operations in some of the worst affected zones, including the north central, tri-border, eastern, and western zones.

While the junta has gone to great lengths to characterize its seizure of power as popular and used the national forum to provide the appearance of support, it is effectively ruling by decree. Rather than being representative of the population, those participating in the transitional government serve only Traoré and the junta. The absence of a constitutional framework, oversight of the military, or strategic direction for addressing the country’s security threats suggests Burkina Faso’s instability is likely to persist.