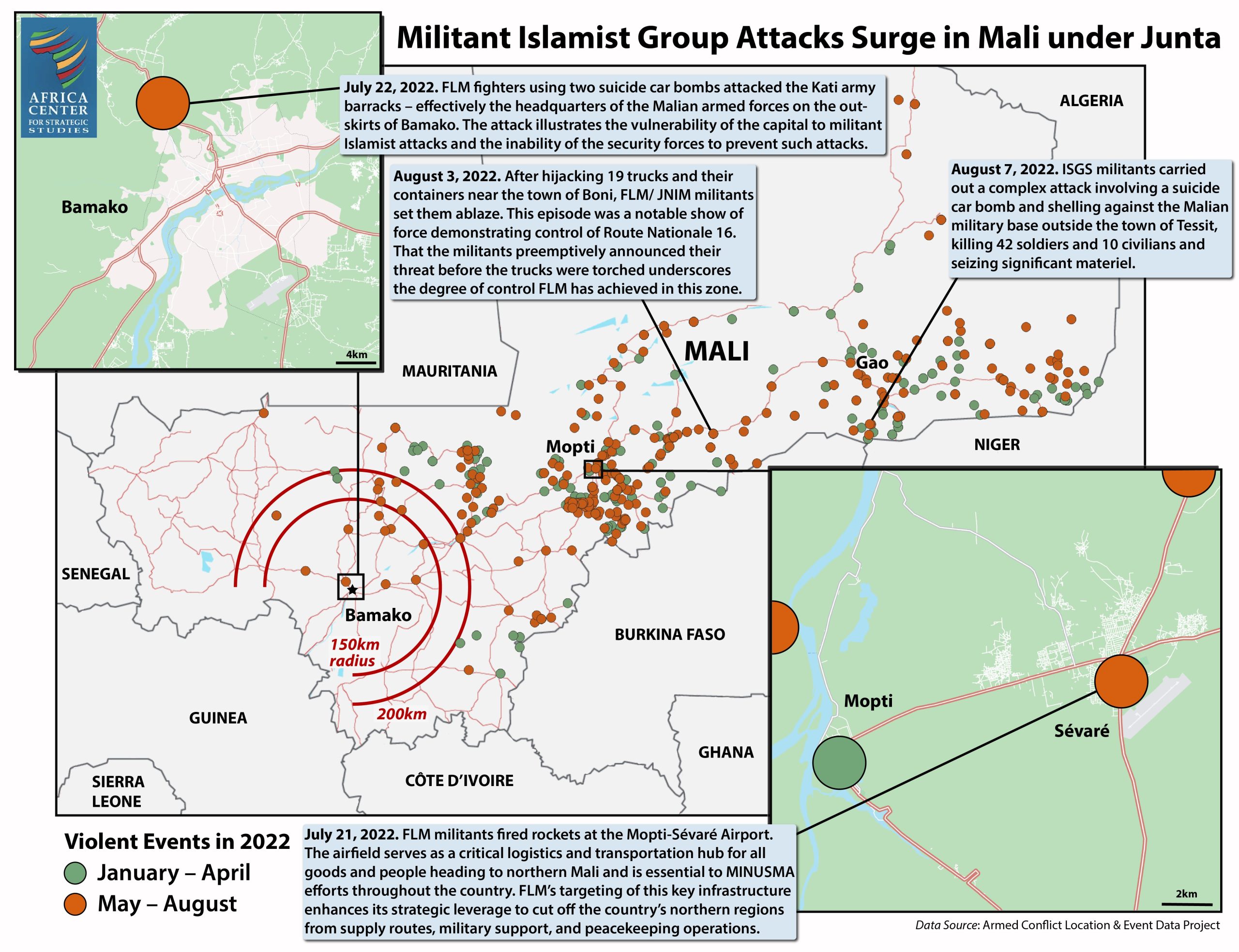 This acceleration in militant Islamist group violence can be seen over both time and territory. Regarding time, extremist violence has been worse in every quarter since the military coup than in any quarter prior to the junta taking control.

More on:    Countering Violent Extremism in Africa   Irregular and Asymmetric Warfare   The Sahel