Mali’s military coup has thrust the country into a deeper security crisis as the junta quashes dissent and resists a democratic transition. 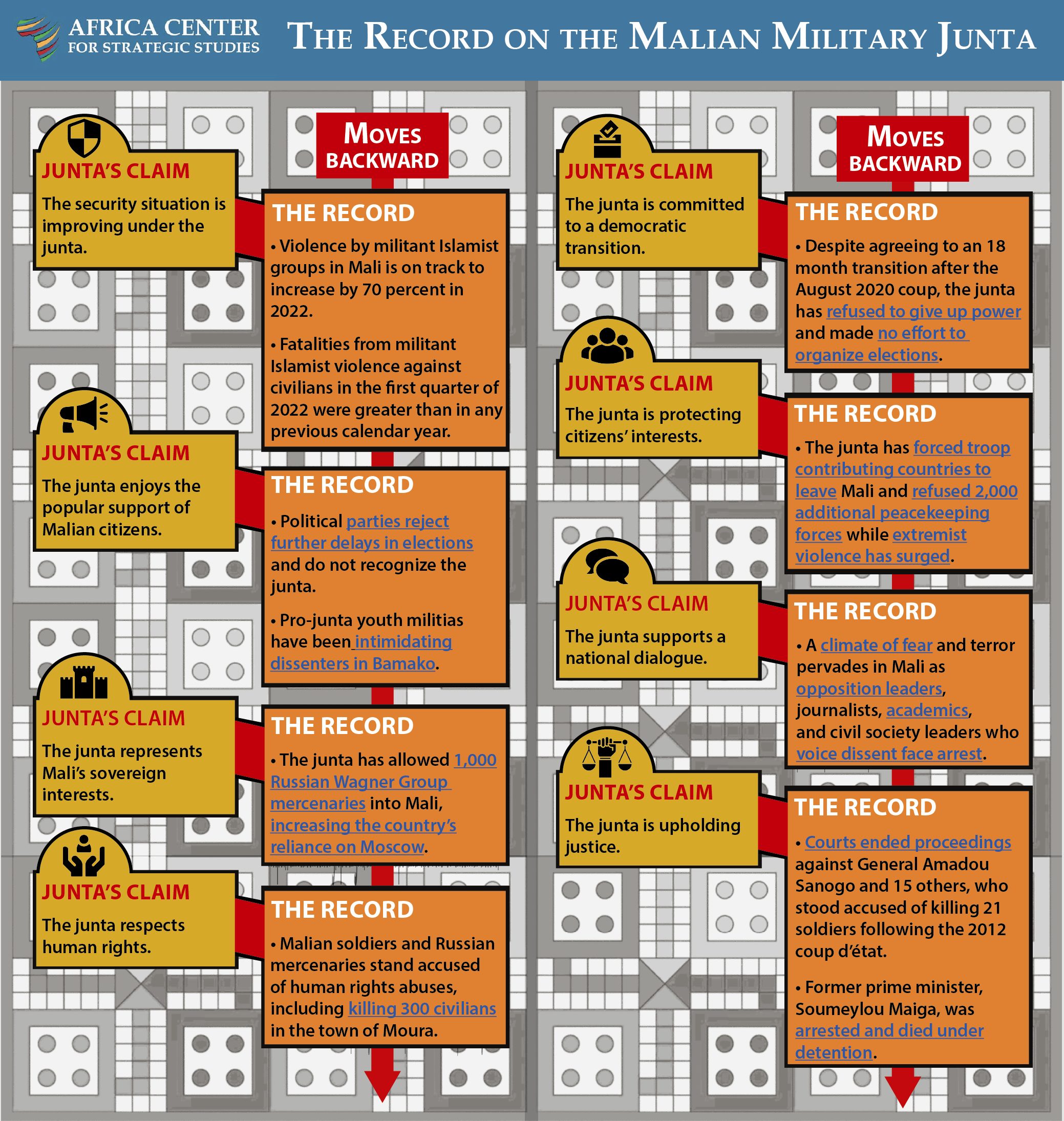 Ludo, the backdrop of this Infographic, is a popular strategic board game in Mali in which players vie to move their pieces to the center of the board. The junta’s record symbolizes the misalignment of its actions vis-à-vis the junta’s stated goals.

Click here for a hyperlinked and printable PDF version.

The Malian military junta has justified its seizure of power by claiming it is uniquely able to provide security, enhance justice, and return the country to democracy. But the junta’s record shows that it is taking Mali backward on each of these goals and toward entrenched military rule.

Since taking power in August 2020, violence has spread and intensified across Mali. Tellingly, extremist violence has been higher in every quarter since the junta’s power grab than in any quarter prior to the coup. 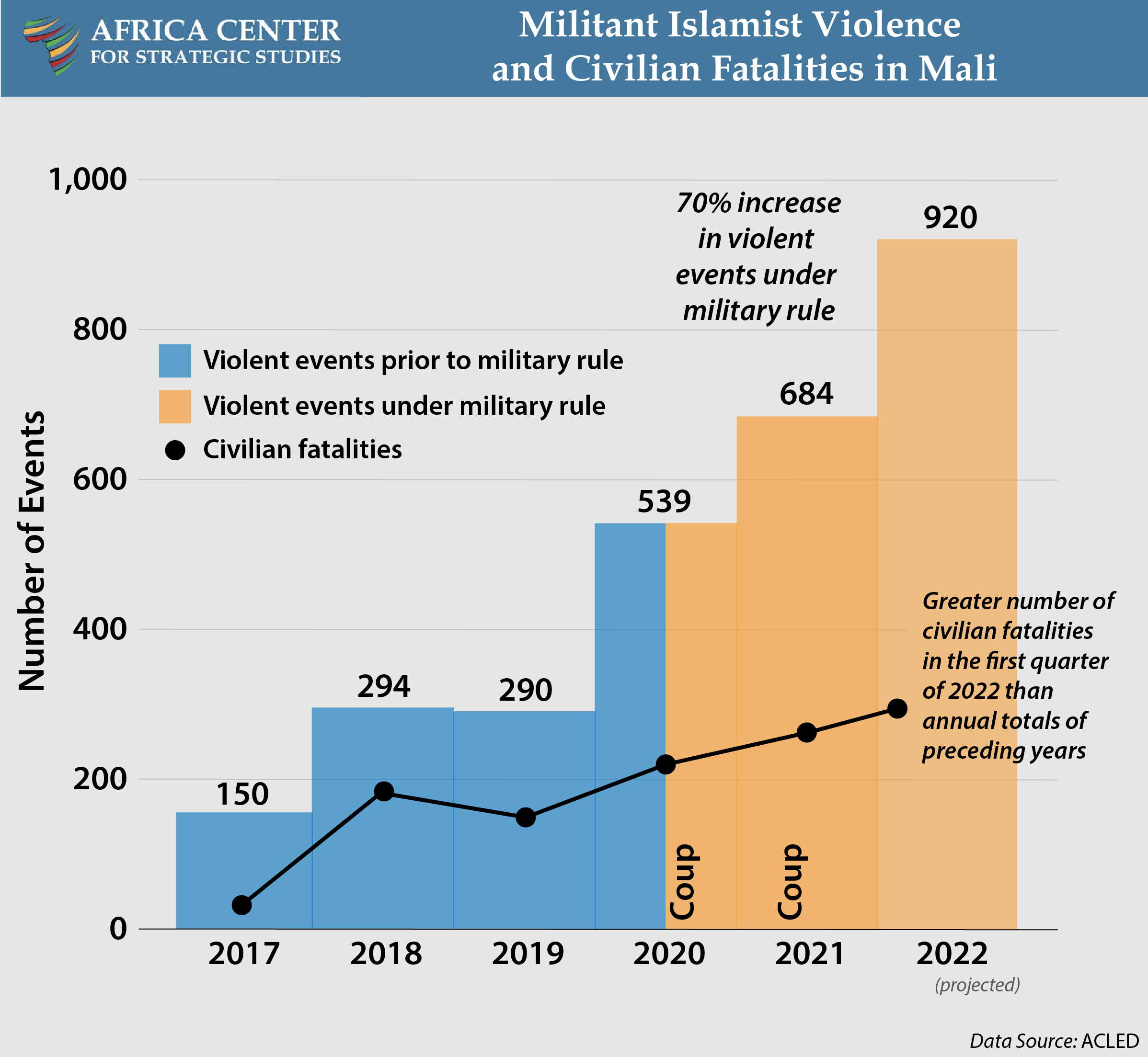 After ignoring the internationally recognized 18-month transition timeline, the junta has indicated it intends to remain in power for another 5 years. Facing dissent, the junta has intimidated journalists and arrested opposition and civil society leaders who question the junta’s legitimacy.

The junta’s actions reveal an agenda of rehabilitating the image of military government with the aim of returning Mali to extended authoritarian rule—and the dark decades of its past.