South Africans have high hopes that Cyril Ramaphosa will be able to deliver change to systemic state capture. However, sustained reforms in South Africa's most important national institutions are required if those hopes are to be met.

Cyril Ramaphosa has come to power in South Africa as the head of a party and government deeply divided between reformists and those with a vested interest in maintaining entrenched patronage relationships. Under Jacob Zuma, corruption and abuse of office reached alarming levels, sapping public trust and costing the ruling ANC significant support. Zuma faces 783 counts of fraud in connection with a 1999 arms deal. A judicial inquiry is also underway to investigate how the Guptas—wealthy Indian immigrants with close ties to him—became a “shadow state” that influenced appointments and removals of ministers and directors of state-owned enterprises for private gain.

Ramaphosa’s program to end state capture, root out party corruption, and entrench accountability have been endorsed by the ANC and government as South Africa’s strategic guidance for the next five years. But actual implementation of a comprehensive reform program will be a delicate task, and the stakes are high. Corruption is now the dominant social issue among South Africans, who are angry at the increasing solidification of government rot. What reforms are needed to put the country’s future back on a democratic, accountable, and service-oriented trajectory?

The challenge facing the reform process in South Africa is that corruption has become institutionalized, a reality outlined in the Public Protector’s 2016 report, State of Capture. Key among these institutions were security sector bodies, including law enforcement agencies and parts of the police and intelligence community.

The erosion of these key state institutions was systematic and extensive. For years, corrupt politicians deliberately weakened and coopted these institutions, rendering them ineffective and allowing the diversion of public resources to continue unhindered. This patronage-based system was also central to Zuma’s survival calculus as ANC and state president. Given the systematic nature of this erosion, if efforts to reset the state on a rules-based course are to succeed, these institutions need deep reforms.

Importantly, some of the country’s oversight institutions did stand up to executive pressure and exert their role as a check on power. Prime among these were the judiciary and the Chapter 9 bodies. These institutions, including the Public Protector, Human Rights Commission, and Auditor General, were created by the Constitution to safeguard democracy and are mandated to protect the public from abuse by the executive and enforce accountability. They, in turn, will form the foundation of any future reform efforts. Priority institutional targets of these reforms include the following. 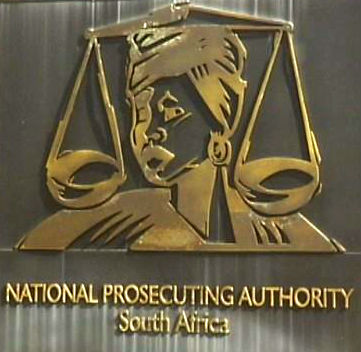 The NPA, South Africa’s premier law enforcement agency, will have a crucial role to play in leading whole-of-government efforts to root out state capture as required in the new strategic guidance, but its commitment to do so remains in question. All five of its most recent directors have been embroiled in scandal: the Constitutional Court invalidated the tenures of two; one faces criminal charges for introducing politically motivated charges against a colleague; and another left office after being paid by Zuma to do so, a transgression government lawyers admitted in court.

Its recent role in the state capture probe raises concerns over the politicization of this body. Instead of acting on the evidence presented to it in 2016, it sought to obstruct the probe by instructing the Directorate for Priority Crime Investigations (the Hawks) to investigate then-finance minister Pravin Gordhan based on spurious allegations.

The NPA’s path to partisanship was driven by Zuma loyalists appointed to leadership positions of the agency.

The NPA acted under partisan political pressure after Gordhan opposed a Gupta-sponsored proposal to build nuclear power plants that would cost $148 billion—equivalent to South Africa’s annual budget. However, its case collapsed after less than a week following a massive public outcry.

The NPA’s path to partisanship was driven by Zuma loyalists appointed to leadership positions of the agency. Going forward, its new leaders and management teams should be selected on the basis of merit, rather than partisan loyalty. Over time, this would instill professional standards and norms that restore the institution’s integrity and improve its effectiveness in conducting the long list of investigations that will be required to root out corruption throughout the government. Parliament will also have a critical role to play in creating legislative safeguards to protect the NPA’s independence after more than a decade of political intrusion by the executive branch and political party members.

The Hawks were set up in 2009 after the disbanding of the Scorpions, an elite crime fighting agency modelled after the FBI. The Scorpions were independent from the police and executive, which contributed in no small part to their success in investigating and bringing the 783 fraud charges against Zuma and others. However, the cabinet believed that the charges were introduced at the behest of former President Thabo Mbeki to prevent Zuma from succeeding him, and the agency was dissolved.

The Hawks were placed under the direct control of the police, a decision that four Constitutional Court orders denounced as violating the requirement for independence.

The Hawks were placed under the direct control of the police, a decision that four Constitutional Court orders denounced as violating the requirement for independence. As the Court predicted, the Hawks became excessively politicized and suffered from poor leadership, high levels of corruption, and criminality within its ranks. Each of the Hawks’ four directors has been charged with various counts of fraud and corruption. Under their watch, arrest rates for corruption dropped 60 percent and conviction rates 83 percent.

To genuinely carry out its mandate, the Hawks should take lessons from the disbanded Scorpions. The Scorpions, because of their unique structure and independence, had far higher rates of arrests and convictions and a better record in successfully investigating politically sensitive cases. These lessons are key, given that the patronage networks that developed in recent years cut across the government and the ruling party. 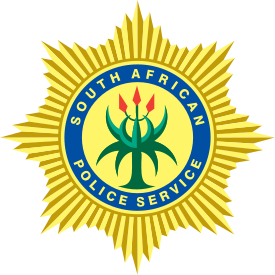 As with the NPA and the Hawks, all five of the most recent police chiefs that have helmed the South African Police Services (SAPS)—which, with its nearly 200,000 officers, is one of the world’s largest police forces—have been sanctioned for ­­criminal acts including fraud, corruption, obstruction of justice, and even murder. In 2010, for instance, then-police chief Jackie Selebi was jailed for accepting bribes from crime syndicates. In 2011, the Public Protector censured his successor, Bheki Cele, for approving an improper lease of police property. The following year, he was censured for failing to stop the illegal use of public funds for luxury upgrades at Zuma’s private residence at Nkandla. Despite the fact that Zuma dismissed him due to the finding, Cele now serves as Deputy Minister of Agriculture, Forestry, and Fisheries.

The weakening of accountability mechanisms lies at the root of many of SAPS’ failures.

The leadership challenges at the SAPS are also reflected within the force. A 2013 state audit found that 1,448 serving officers were convicted criminals. This level of criminality in the service has allowed glaring lapses in professionalism to persist.

The weakening of accountability mechanisms lies at the root of many of SAPS’ failures. The service once boasted dedicated anti-corruption units across the country and 537 task forces working on a range of crimes.

Going back to a similar approach would reintroduce discipline and professionalism across the service. Over and above this, the patterns of abuse of the SAPS, NPA, and Hawks are strikingly similar, suggesting systematic efforts to coopt and weaken them. Comprehensive reforms will be required to overcome this legacy. 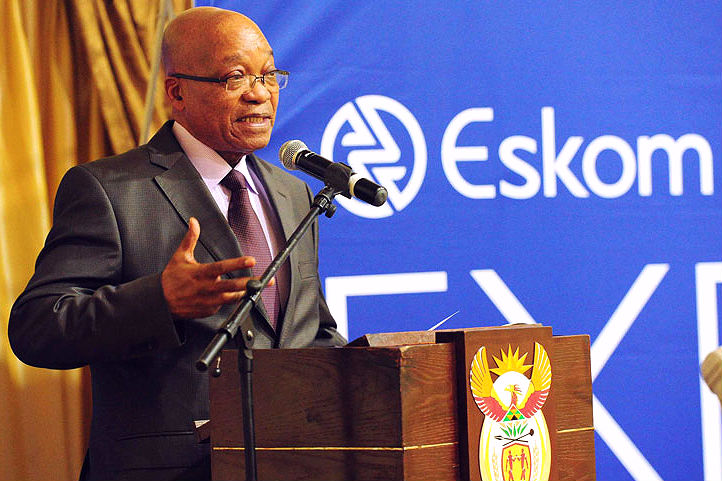 In 2017, the government made the startling public admission that all of South Africa’s state-owned enterprises (SOEs) had been compromised by state capture. Law enforcement was slow to step in due to partisan political interference—and the fact that it too was involved in graft. In 2017, Prasa, the state rail agency, took the unprecedented step of taking the NPA and Hawks to court for failing to investigate a multi-billion rand tender fraud. Grand theft at Eskom, the world’s eleventh-largest energy utility, was of such a magnitude that South Africa suffered a series of power outages that were engineered to benefit certain companies. Eight other SOEs, including South African Airways and communications and transport giants Telkom and Transnet, are under investigation by the Public Protector.

Such monumental malpractices, cutting across the public and private sectors, underscore the dangers of corrupt and politicized law enforcement. It allowed state capture to become entrenched—explaining why investigative units such as the NPA, Hawks, and SAPS were targeted. Reforming these institutions, and their sub-bodies, as well as other investigative agencies, should be a top priority. An accountable criminal justice system would then be a pivot around which other reform efforts can take root and be sustained. 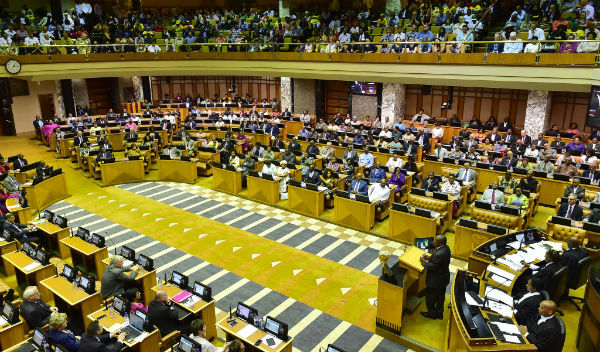 In recent years, the National Assembly has become progressively more inclined to protect the party than the citizens. Zuma’s supporters in the ANC caucus shielded him from sanction by hindering the passage of legislation and scuttled efforts to stem some of the misconduct in the public sector. It also launched its own probes in an effort to discredit the Public Protector’s investigations.

A 2016 Constitutional Court ruling ordered Zuma to repay some of the money used to upgrade his private home and slammed Parliament for acting unlawfully when it cleared him of wrongdoing. Further, in 2017, the Court ruled that Parliament had failed in its duty to hold the President to account and ordered it to draw up impeachment mechanisms.

As the first check on the executive, the National Assembly will need to return to its previous traditions of robust oversight to enable and assist current and future reform efforts. The wide-ranging reforms envisioned for the law enforcement sector will require several pieces of legislation to protect them from external interference, increase oversight, and ensure respect for the law. This, however, will largely depend on members’ ability to rise above party politics and work cooperatively to facilitate the passage of this legislation.

Citizen ownership of the reform process should be a priority

Public support for reforms across the government has been the driving force behind change thus far and will continue to be central for future progress. The actions taken to roll back state capture by the judiciary and Chapter 9 institutions centered on unprecedented and sustained public pressure for accountability. Many of the Public Protector’s landmark cases were launched by citizens’ complaints. Over time, the demand for accountability built in Parliament and gradually spread to sections of the ANC, resulting in the dramatic events that saw the eventual ouster of Jacob Zuma. Citizen ownership of the reform process should therefore be a priority as the challenge of restoring the health of South Africa’s democracy goes beyond party political affiliation and will need to be sustained for years.