As Cyril Ramaphosa replaces Jacob Zuma as leader of the ANC, much remains to be decided on the future trajectory of the party and the country. Here are four issues to watch.

Reform vs. status quo: Cyril Ramaphosa (left) was elected to succeed Jacob Zuma as head of the ANC. Nkosazana Dlamini-Zuma, a former chairperson of the African Union Commission, was seen as representing a continuation of Jacob Zuma’s legacy. (Photos: GovernmentZA, Babak Fakhamzadeh, GovernmentZA.)

South Africa’s Deputy President Cyril Ramaphosa was elected to succeed outgoing party leader President Jacob Zuma at the African National Congress (ANC) National Conference December 18. This was one of the closest-fought party elections in the ANC’s history, one that saw months of legal challenges and allegations of fraud and intimidation. Backed by the reformist wing of the party, Ramaphosa is a former trade unionist and was Nelson Mandela’s right-hand man as ANC’s chief negotiator in the talks that ended apartheid. He is also one of the architects of South Africa’s constitution and has led South African conflict resolution efforts for Burundi, Lesotho, South Sudan, and the Israeli-Palestinian process. He was pitted against Nkosazana Dlamini-Zuma, Jacob Zuma’s ex-wife who is a party heavyweight and former chairperson of the African Union Commission. She is seen as representing a continuation of the Zuma legacy.

South Africa faces unique challenges stemming from a steady stream of allegations of corruption and abuse of office against President Zuma and top government and party officials. A total of 783 charges were brought against him in the courts and a recent ruling threw out his application to set aside an investigation into high-level corruption involving his business associates. Key independent institutions have come under increasing pressure from executive overreach, with some buckling while others struggle to maintain their independence.

For many South Africans, therefore, the National Conference sat at a critical juncture between two paths: reform and renewal of the ANC and South Africa’s democratic trajectory or further weakening of accountability of the executive branch and the ANC. While a party leader has been selected, much remains to be decided on the future trajectory of the ANC and the country. Here are four issues to watch.

What Is the National Conference and Why Is It Important?

Held every five years, the National Conference elects the leadership of the party’s top organs, including the powerful National Executive Committee (NEC) and its “Top Six,” namely the President and Deputy President, National Chairperson, Secretary General, Deputy Secretary General, and Treasurer General. These positions have now been filled, reflecting a sharp and even split between allies of the two front-runners. They are as follows:

Apart from electing its new leadership, the National Conference also lays out strategic guidance on matters of policy, organization, party constitutional issues, and government supervision. This was the ANC’s 54th National Conference since its founding in 1910 and came against a backdrop of growing disillusionment with the party over increasing corruption, “state capture,” and widening income inequalities. There are also deep divisions within the party over its future path. The ANC’s alliance partners—the powerful Congress of South African Trade Unions (COSATU) and South African Communist Party (SACP)—threatened to quit if the party fails to course-correct, and an influential constituency of anti-apartheid icons—popularly known as stalwarts—chided their party for losing its moral compass, a sentiment shared by reformers within the party, civil society, and religious leaders.

The only other party conferences comparable to the 2017 conference in terms of the high stakes involved are the 52nd National Conference in 2007, and the 38th National Conference in 1949. The former elected Jacob Zuma and his supporters to the top leadership and was quickly followed by the ouster of Thabo Mbeki as State President. The latter saw the ouster of the party’s moderate leadership by then-youth leaguers Nelson Mandela, Oliver Tambo, and Walter Sisulu, who turned the party toward armed struggle. The 54th Conference was no less significant. At its core was a struggle for the party’s future direction and priorities.

An influential constituency of anti-apartheid icons—popularly known as stalwarts—chided their party for losing its moral compass, a sentiment shared by reformers within the party, civil society, and religious leaders.

The National Conference got underway in July, when the ANC held its National Policy Conference, a culmination of a months-long process in which the party structures debated and went on to refine nine discussion documents on organizational renewal, “communications and the battle of ideas,” strategy and tactics, legislature and governance, peace and stability, and foreign policy, among other issues.

In 2015, the ANC’s National General Council decided to make the branch the “basic unit of the party” in an effort to check the influence of higher structures.

In October, nominations for the NEC’s Top Six got underway in each of the party’s 3,800 branches. In 2015, the ANC’s National General Council made the branch the “basic unit of the party” to act as a check on the influence of higher structures in electing the party leadership and driving the organization’s strategy. At this National Conference, therefore, branch nominations constitute 90 percent of the voting delegates, with the remaining 10 percent coming from the provincial executives and the ANC’s youth, women, and veterans leagues. Another key decision made in 2015 outlawed the controversial and corruption-prone practice of creating slates (a running mate and preferred candidates for the Top Six). As a result, the selection of the NEC and policy debates at the National Conference are likely to be far more wide open than in past conferences.

The decentralization of the delegate selection process reflects lessons from the 52nd National Conference, where Zuma loyalists secured all the Top Six positions and more than 70 percent of the NEC. This negated the moderating role the party has historically played on the executive branch and set an unhealthy precedent that party reformers were determined to prevent in 2017. This time, all the positions were nominated by the branches to ensure the will of the people prevailed. As a result, in a break with the past, provincial nominations—which take place after branch nominations—are bound by branch preferences.

Now That the Top Six Have Been Elected, What Next?

The real work begins after the selection of the Top Six. The next order of business is the election of members of the 80-member NEC, the party’s highest decision-making body in between conferences. Because the Top Six is split evenly, Ramaphosa and his allies will be constrained in their ability to pursue accountability, reform, and anti-corruption measures—themes they vigorously championed in their campaign. The NEC would, therefore, hold the balance of power since ANC rules and culture disallow the president from forcing through proposals. Zuma, during his tenure, flouted this on several occasions. By far, the most controversial was his sacking of the former Minister of Finance, Pravin Gordhan, in a massive cabinet reshuffle without consulting the party executive. That decision immediately triggered calls for him to resign, with the loudest ones coming from some of his colleagues in the outgoing Top Six. If reformers garner sufficient numbers in the NEC, Ramaphosa’s ticket will be in a better position to deliver on its promises. If not, then progress toward hoped-for reforms is likely to be stymied. As a result, the election of the NEC is even fiercer than the race for the Top Six.

With the new Top Six evenly split, the National Executive Committee will hold the balance of power.

The new NEC will debate and adopt the nine discussion documents. The composition of its membership will be key in shaping the type of policies that emerge from this process. Produced every five years, the Strategy and Tactics Document outlines how the global and domestic situation facilitates or hinders the attainment of South Africa’s strategic priorities. The other five-year planning document lays out policy priorities in African and international affairs, including South Africa’s participation in international peacekeeping, as well as defense and security issues. Once debated and adopted, the nine documents will constitute the basic policy of the ANC until the next National Conference in 2022. 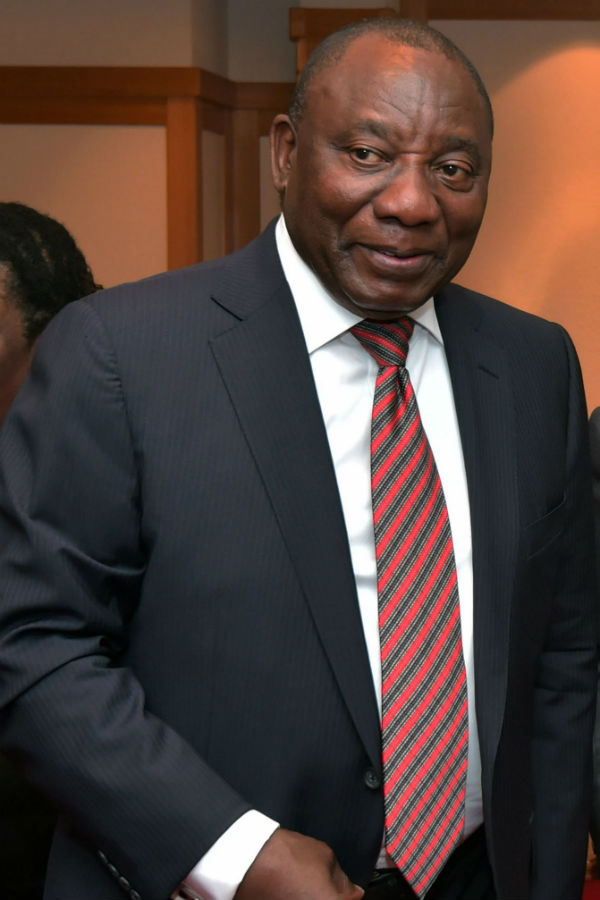 A team will then begin the process of working with ministries and cabinet agencies to ensure policy alignment and monitoring and evaluation of implementation. The new NEC will also elect a National Working Committee. This body conducts the day-to-day work of the ANC and ensures that provinces, regions, branches, and all other ANC structures, such as parliamentary caucuses and policy oversight teams in the government, carry out the decisions of the ANC. The composition of this body, which is chaired by the ANC president, is also highly important, as it serves as the other primary center of power in the party. Elections to serve on this committee will, consequently, also be hard fought. The NEC and National Working Committee exercise more pressure on the Top Six than any other party organ. Their make-up, therefore, will be critical in determining the balance of power between reformers and those with vested interests in maintaining the current trajectory.

As the new ANC president, Ramaphosa will be expected to set the tone for the direction of the party and country and will be the party’s presidential flag-bearer in the 2019 national elections. Until then, he will work with the NEC Lekgotla (review meeting) and the Cabinet Lekgotla to translate the policy resolutions adopted by Conference into government policy. These two critical processes will begin in January 2018. The new leadership will then be expected to renew the structures of the ANC (including the non-elected positions) to ensure that the organization mainstreams its policies into government. Depending on the outcomes of the National Conference, the new team will be tasked with re-engaging the alliance partners (COSATU and SACP), as well as the broader structures of society. Ramaphosa’s vow to move against state capture, which he termed as “the greatest threat to effective governance and economic development,” could recoup the party’s dwindling electoral prospects and restore some of its lost moral high ground.