Fodé Seck (centre), Permanent Representative of the Republic of Senegal to the UN, addresses the Security Council. On January 19, 2017, the Security Council unanimously adopted resolution 2337 (2017), urging all Gambian parties and stakeholders to respect the will of the people and the outcome of the 1 December 2016 election which recognized Adama Barrow as President-elect of The Gambia. The Council also endorsed the decisions of the Economic Community of West African States (ECOWAS) and the African Union to recognize Mr. Barrow as President of the Gambia. Photo: UN/Evan Schneider.

On the evening of January 22, 2017, Yahya Jammeh boarded a plane and after 22 years in power, departed Banjul for the final time as Gambia’s leader. His departure was not voluntary, but rather the result of active diplomatic and ultimately military pressure from the Economic Community of West African States (ECOWAS). In the process, a major political and humanitarian crisis for the region was averted. While the episode has been largely overshadowed by other exigencies on the continent, the ECOWAS handling of the Gambia crisis holds many valuable lessons for regional security cooperation in Africa.

After initially accepting a surprise defeat in Gambia’s presidential election in December, Jammeh changed his mind and insisted on hanging on, claiming irregularities and declaring a national emergency. Jammeh subsequently annulled the election results and deployed troops to seize the headquarters of the electoral commission. Fearing widespread violence, an estimated 45,000 Gambians fled across the border to Senegal.

ECOWAS leaders steadfastly stated their preference for a diplomatic solution while keeping the credible threat of deployment on the table.

ECOWAS leaders firmly rebuffed Jammeh’s efforts to justify a continuation of his time in power. With Gambians flowing to neighboring Senegal in fear of imminent violence, ECOWAS leaders, key among them Nigeria’s Muhammadu Buhari, Liberia’s Ellen Johnson Sirleaf, and Ghana’s Nana Akufo-Addo and his predecessor, John Dramani Mahama, launched a series of diplomatic initiatives to persuade Jammeh to step aside. They cited the African Union’s Charter on Democracy, Elections, and Governance, which states that any refusal by an incumbent to relinquish power to the winner of a democratic election or create any constitutional or legal amendments that violate the principles of democratic transition are considered “unconstitutional changes of government” that will trigger “appropriate sanctions from the AU.”

The ECOWAS leaders’ democratic credentials and international reputations brought considerable legitimacy to the process. Buhari, a longtime Nigerian opposition leader, came to office in 2015 in a democratic election that marked the first time an incumbent had been defeated since military rule ended in 1999. Sirleaf was Liberia’s first democratically elected leader and the second woman Nobel Peace Prize laureate. Dramani Mahama’s presence on the regional diplomatic team was powerfully symbolic as he had conceded power to his successor, Akufo Addo, less than a month before Gambians went to their polls. Indeed, nearly all of ECOWAS’s 15 members have made demonstrative progress in establishing democratic institutions (Togo being the notable exception).

On January 18, regional leaders announced their intent to deploy forces to Gambia, under the banner of the Economic Community of West African States Military Intervention in Gambia (ECOMIG), to enforce the election results. The UN Security Council promptly authorized Senegal’s request on behalf of ECOWAS to intervene. The decision invoked ECOWAS’s supplementary protocol on democracy and good governance, which allows “zero tolerance for power obtained or maintained by unconstitutional means.” It also invoked Article 25 of the ECOWAS Mechanism for Conflict Prevention, Management, Resolution, Peacekeeping, and Security, which authorizes military intervention in the event that “democracy is abruptly brought to an end by any means or where there is massive violation of human rights in a member state.” 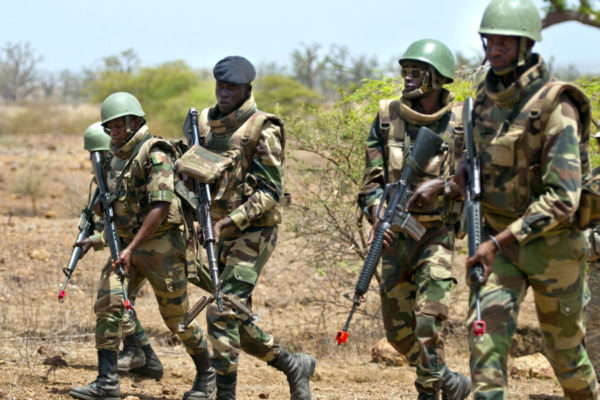 ECOMIG was mandated to “facilitate the exit of Yahya Jammeh, restore the popular will of the Gambian people as expressed in the December 9 elections and create conditions for normalizing the political and humanitarian situation in Gambia.” The force fell under the ECOWAS command structure, with a Senegalese commander at the helm, and consisted of 7,000 troops from Senegal, Nigeria, Ghana, Mali, and Togo along with air and naval assets.

The quick mobilization of this sizeable force in a short space of time was due to several factors. With Senegal surrounding Gambia on almost all sides, the deployment of land, air, and naval assets was logistically feasible. ECOWAS forces regularly train together and have a good understanding of one another’s strengths. Moreover, planning for a potential regional intervention had begun after previous refugee outflows had placed strains on the region. Finally, ECOWAS had established standard operating procedures after previous interventions in the region, starting with Liberia in 1989, and more recently, in 2011, when ECOWAS intervened in Côte d’Ivoire to oust the defeated president Laurent Gbagbo and allow democratically elected leader, Alassane Ouattara, to take office.

In Gambia, the possibility of violence was real. A state of emergency was declared, senior officials fled into exile, and the election winner, Adama Barrow, evacuated to Senegal. A defiant Jammeh called ECOWAS’s moves a “declaration of war” and promised military retaliation. ECOWAS leaders, however, steadfastly stated their preference for a diplomatic solution while keeping the credible threat of deployment on the table. Additionally, they declared that ECOMIG was there solely to facilitate a peaceful exit and create conditions for a political transition. This underscored their view that the crisis was not of a military nature, but political.

Beyond maintaining stability in the region, the ECOWAS action in Gambia was an effort to uphold presidential term limits among member states, countering a trend seen elsewhere in Africa. Crucially, ECOWAS leaders were keen to send a different message and were willing to accept the risk of deploying without Jammeh’s consent. The negotiations and ultimately peaceful conclusion reflect the decisiveness and timeliness of the coordinated intervention.

The ECOWAS action in Gambia was an effort to uphold presidential term limits among member states, countering a trend seen elsewhere in Africa

After Jammeh annulled the polls, regional military planners were urgently called to the Nigerian Armed Forces and Staff College to prepare options. (Nigeria plays host to the ECOWAS Standby Force mechanism.) As these were being worked out, a delegation led by President Sirleaf was dispatched to Banjul on December 13 to broker an agreement. When that failed, ECOWAS convened an emergency summit on January 9 that called on Jammeh to step aside and committed the organization to employ “all necessary means” to uphold the election results.

A few weeks later, ECOWAS announced that it would send a presidential delegation to Gambia to attend Barrow’s swearing-in on January 19 and that on that date, it would cease to recognize Jammeh as president. The AU also adopted that position on January 17, warning Jammeh of “serious consequences in the event that his actions cause any crisis that could lead to political disorder and humanitarian and human rights disasters, including loss of innocent lives and destruction of properties.”

With Jammeh giving no indication that he would step down, ECOWAS sent the Mauritanian president, Mohamed Ould Abdel Aziz, to Banjul in a last ditch effort to persuade Jammeh to step aside. As the January 19 deadline approached, there was no agreement in sight. Ground forces from Senegal, Nigeria, Ghana, Mali, and Togo, backed by Nigerian air and naval support and Senegalese field artillery, massed at the Senegal-Gambia border, declaring that they would move in if a political solution was not found. The next day, the forces crossed the border on orders to march on Banjul, at which point Jammeh finally stepped down.

Although the credible threat of force proved to be decisive in facilitating Jammeh’s exit, this was always part of a larger political process.

ECOWAS leaders acted in a timely and decisive manner understanding that if left to fester, the Gambian crisis would create an ongoing humanitarian, economic, and security strain for the entire region. Reflecting the substantial political progress in the region, Operation Restore Democracy was also conceived and executed to enforce emerging regional and continental democratic norms. The drivers of the effort—Ghana, Liberia, Nigeria, and Senegal—were in agreement that their region’s credibility was at stake if Jammeh were to ignore the election results and stay in power. With ECOWAS taking the lead politically, financially, and militarily, backing from both the AU and the UN quickly followed.

Although the credible threat of force proved to be decisive in facilitating Jammeh’s exit, this was always part of a larger political process. Crucially, the region’s troop-contributing countries shouldered their own financial responsibilities in preparing, deploying, and sustaining the force. This enabled it to act quickly and decisively without having to mobilize external assistance. 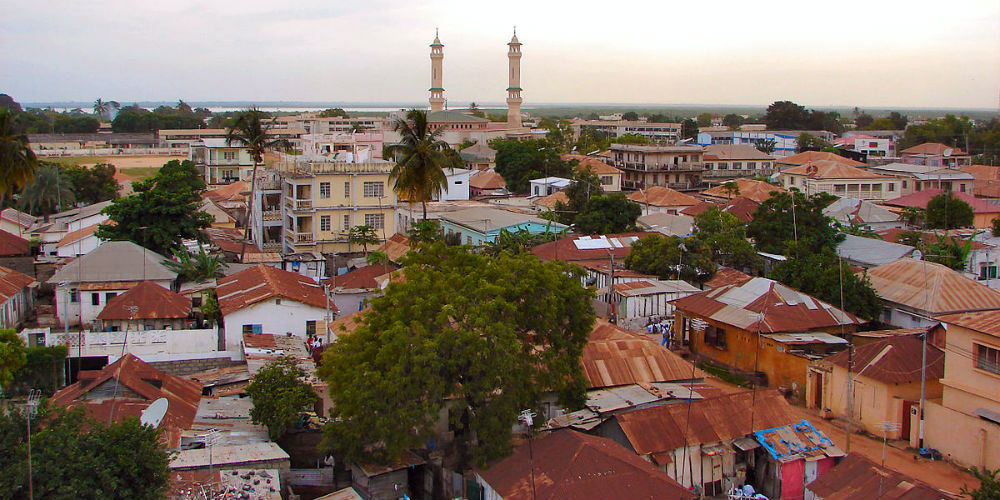 With Adama Barrow now in office, residual components of the ECOWAS force have transitioned into a technical advisory role to assist in key transitional requirements such as training and security sector reform. Meanwhile, this residual force provides a stabilizing presence to enable reform processes to proceed against the inevitable pushback from Jammeh’s entrenched institutional structure. All these lessons have wider implications for other parts of the continent facing political and security crises.

The timely and decisive response to the Gambia crisis stands in stark contrast to other recent political crises on the continent. In Burundi, for example, the East African Community was unable to mobilize sufficient regional support to halt Pierre Nkurunziza’s efforts to stay on past his mandated term limit. Stepping into the vacuum, parts of the AU supported the deployment of a regional force. The lack of consensus, however, scuttled the action, and the absence of credible external pressure has emboldened the Burundian government to skirt negotiations. The crisis in Burundi has subsequently deteriorated, with regional actors now hosting over 400,000 refugees, mass atrocities unfolding, and risks of a widening regional conflict increasing.