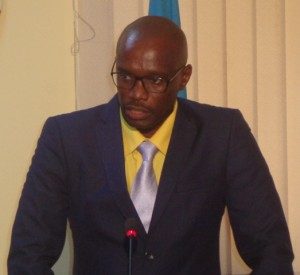 The crisis in Burundi, ongoing since the April 25 announcement by President Pierre Nkurunziza to seek a third term in office, is entering into a dangerous phase. In a speech on November 3, Burundian Senate President Reverien Ndikuriyo incited ethnically-based violence: “You tell those who want to execute the mission: on this issue, you have to pulverize, you have to exterminate—these people are only good for dying. I give you this order, go!” Such language harkens back to Burundi’s divisive 1993–2005 civil war in which 300,000 were killed. Independent media reports have subsequently reported large population movements in areas of southern Burundi home to the ethnic minority Tutsi population. Underscoring the growing concern of the onset of genocidal violence, on November 6 the Prosecutor of the International Criminal Court issued a statement:

“… that any person in Burundi who incites or engages in acts of mass violence including by ordering, requesting, encouraging or contributing in any other manner to the commission of crimes falling within the jurisdiction of the International Criminal Court [of which Burundi is a signatory] is liable to prosecution before this Court.”

The African Union warned that if the crisis is not urgently resolved it would have devastating consequences for Burundi and the entire region. UN Special Rapporteur on transitional justice Pablo De Grieff said that inaction on Burundi demonstrates that the “international architecture is showing its cracks” in dealing with a crisis that has already resulted in more than 200,000 registered refugees. 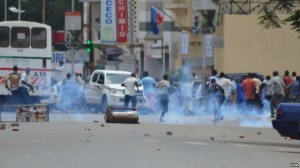 At the heart of the crisis is the decision by Pierre Nkurunziza to attempt to stay in power for a third term. Many domestic and international observers view this as a violation of Burundi’s constitution and the terms of the Arusha Peace and Reconciliation Agreement of 2000 that laid out terms for ending cycles of violence, including genocide. This agreement, which many Burundians hail as their “Magna Carta,” gave the country “its only real chance for peace” according to one of its key architects, former South African President, Thabo Mbeki. Since the announcement to seek a third term, Burundi has seen more than two months of daily protests, intimidation of opposition parties and communities by government-sponsored militias, a failed coup attempt, the fleeing to exile of several senior government officials and military leaders, and the displacement of 10 percent of the country’s population.  Violence between the regime and opposition forces has intensified in recent months with gunfire and grenade explosions occurring daily and targeted assassinations against both sides commonplace. Keeping track of these fluid developments is all the more difficult given that Burundi continues to suffer a media blackout following the closing of independent media outlets by government forces in May. 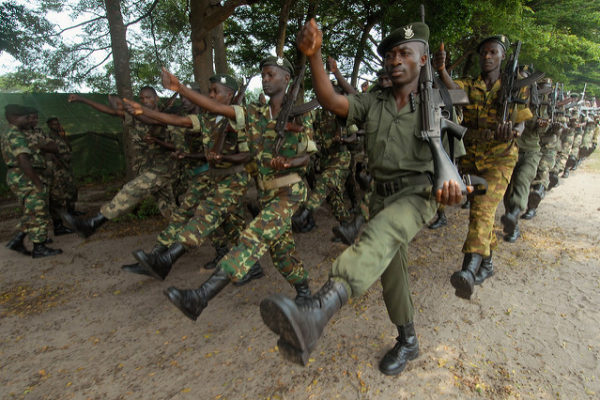 Despite the extraordinary political pressures, the Burundian military has largely stayed neutral during much of the crisis. During the protests, soldiers have regularly acted as a buffer between protesters and police and government affiliated militias. The resistance to politicization has been widely attributed to Burundi’s 8-year Security Sector Development (SSD) Program.  An embodiment of the Arusha Accords, the SSD has helped foster multiethnic cohesion and  enabled Burundi to become an important contributor to African and international peacekeeping missions. The failed coup and ethnically-based purges of the security forces, however, have eroded this cohesion. Emile Ouédraogo notes that the breakdown in military professionalism often stems from political incentives when the military succumbs to manipulation by political elites pursuing unethical agendas. The Burundian military, therefore, is faced with negotiating the conflicting demands of its political leadership and maintaining its hard-earned institutional integrity.

According to the United Nations, the duty to prevent and halt genocide and mass atrocities lies first and foremost with the state. Failing that, however, the international community has:

Under such circumstances, sovereignty no longer protects states from foreign intervention. This principle is enshrined in article 1 of the Genocide Convention and embodied in the principle of “sovereignty as responsibility” and in the concept of the Responsibility to Protect. In response to the Burundi crisis, on October 17 the African Union Peace and Security Council authorized:

The deployment of such an intervention force would be focused on the protection of citizens. Paul Williams highlights several overarching lessons for citizen protection from peace operations over the past 15 years:

Arusha as a Framework for Peace

Despite the continuing polarization of Burundi’s political environment, the framework for a solution is already in place.  Crafted as a mechanism to break with Burundi’s tragic past, the Arusha Peace and Reconciliation Agreement is seen by a vast majority of Burundians from all backgrounds as the only viable option for inclusive peace. Similarly, despite the climate of growing mistrust, many Burundians have not allowed the old sectarian divides to take root. Crucially, Burundians agree that ethnicity, in itself, is not the source of their problems. Hutu, Tutsi, and their kinsmen the Twa, all share the same language and culture. Rather, it is the political manipulation of their differences in identity that has led to extreme inter-group conflicts and ultimately genocide. Fifteen years after the signing of the Arusha Accords Burundi is once again at a crossroads between peace and violence. The prospects for stability will depend greatly on how well Burundians continue to defend the multi-ethnic vision embodied in these Accords.