The failure of African leaders to address institutional shortcomings caused by their militaries’ colonial roots has contributed to confusion within many African militaries over their role and priorities. Moral leadership is essential for reversing this situation. 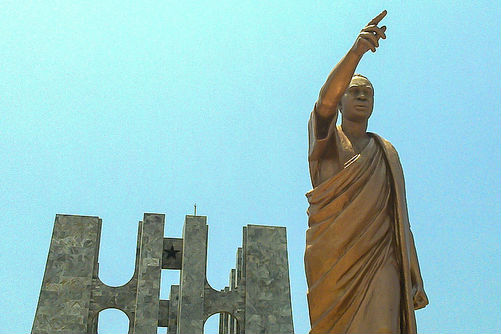 The failure of African leaders to address institutional shortcomings caused by their militaries’ colonial roots has contributed to confusion within many African militaries over their role and priorities.

This was the message conveyed by Gen. (ret.) Lamine Cissé, the UN Coordinator for Security Sector Reform in Guinea and previously the Chief of General Staff of the Senegalese Armed Forces, when addressing mid-ranking African military and civilian security sector professionals at the Africa Center’s annual Next Generation of African Security Sector Leaders program.

He explained that military systems created during the colonial era were designed to protect the colonial elite from citizens, rather than for citizen safety. Unfortunately, after colonialism many incoming governing elites entrenched these systems because of vested interests in maintaining power. The costs are colossal: widespread distrust between citizens and the military, a military culture focused on regime survival, and a security sector that regularly enmeshes itself in political rivalries. This, in turn, undermines military cohesion, morale, and operational effectiveness as has been seen in many crises on the continent.

The message reinforces an argument made by Burkinabé parliamentarian Emile Ouédraogo, “Control of the military has been seen as the vehicle to power and wealth in Africa … this has fostered collusion among politicians and security leaders seeking to gain the upper hand,” he wrote, adding, “Breaking this spiral of vested interests that undermines efforts to building military professionalism in Africa will require more than capacity building.”

Ethical leadership in the security sector was singled out as a remedy for some of these maladies. Participants explored several questions in this regard. Among them included: What is the nature of ethical leadership? What are the crucial lessons gleaned from the study of some of the continent’s greatest leaders like Nelson Mandela and Julius Nyerere? How do leaders instill a philosophy and culture of “mission command” in their organizations? How do they know and recognize the right problems to solve and how do they motivate subordinates? 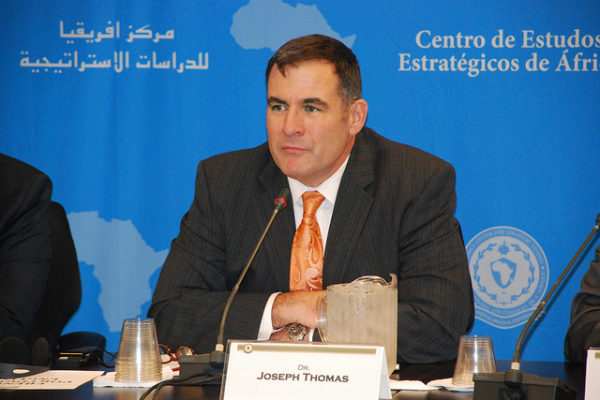 Distinguished Professor of Leadership Education at the U.S. Naval Academy, Joseph Thomas, offered three dimensions of leadership in response to these questions – moral, physical and intellectual. The physical elements – courage, endurance, even appearance – can be cultivated through training. Similarly, elements of intellectual leadership can be gained through rigorous study, managerial technique, and ability to manage and resolve crises. The most difficult and time-consuming leadership element to develop is the moral aspect.

Military systems throughout history have used different methods to develop moral leadership. The military system of the Roman Empire, according to Professor Thomas, emphasized four elements:

A study on the leadership and military strategy of Zulu King Shaka (1787–1828) suggests that obedience to orders, filial piety, fidelity to one’s regiment over clan loyalties, and loyalty to the state and its leaders were prized above all else by the Zulu nation.

Drawing on other experiences in military history Professor Thomas shared with participants what he termed the “four stages in moral development” – compliance, moral understanding, moral maturity and moral ambition. Moral ambition is the most difficult quality to practice consistently. This is “the active, rather than passive, pursuit of virtuous behavior not only in self, but in all members within the individual’s sphere of influence.” He cited Abraham Lincoln, Winston Churchill, Nelson Mandela, and Dr. Martin Luther King, Jr., as examples of leaders who achieved moral ambition.

Brigadier General (ret.) Joyce Ng’wane Puta, former Director of the Zambia Defense Force Medical Services, saw the need to inculcate values of ethics in the military as an urgent imperative. She called the program “a nursery for future leaders” citing a proverb in her native language which says “today’s nursery is tomorrow’s forest.” Leadership is “a process of exerting social influence to inspire others, and enlist their support for the accomplishment of a common goal,” she noted. The core values that should be cultivated through training, experience and modelling are “loyalty to country and constitution, civilian oversight, duty, respect for the rule of law and respect for citizens.”

For Major General Wayne Grigsby Jr., the Commander of Combined Joint Task Force – Horn of Africa (CJTF–HOA), developing a leadership culture that treats people with dignity and respect is vital for mission success. CJTF-HOA maintains a small footprint; has few forces assigned to it despite its large area of responsibility; and works with a variety of actors such as the UN, AU, and partner countries with different interests, levels of experience and military cultures. Overcoming these constraints requires “working by, with, and through partners – a tall order which calls for a leadership style that models patience, cultural awareness and above all, respect.”

Participants heard that when soldiers maintain moral leadership when faced with pressures to act in an unconstitutional manner, they are not only enhancing the stability of the military but helping their countries safely navigate away from chaos. The Malawian military, for instance, refused to intervene in the constitutional crisis that emerged during the 2014 general election just as it did two years earlier when some in the political establishment formally asked it to stage a coup. Similarly the Senegalese military has had at least two opportunities to seize power in its history but refused to do so. It continues to play a stabilizing role in that country’s democracy.