ISIS in Africa: Implications from Syria and Iraq

As ISIS’s influence and territorial control in the Arab world have waned, so too have its reputation and ideological appeal in Africa, writes the Africa Center’s Joseph Siegle.

At the end of 2016, Abu Bakr al-Baghdadi, leader of the Islamic State of Iraq and Syria (ISIS), announced that the group had “expanded and shifted some of our command, media, and wealth to Africa.” ISIS’s Dabiq magazine referred to the regions of Africa that were part of its “caliphate”: “the region that includes Sudan, Chad, and Egypt has been named the caliphate province of Alkinaana; the region that includes Eritrea, Ethiopia, Somalia, Kenya, and Uganda as the province of Habasha; the North African region encompassing Libya, Tunisia, Morocco, Algeria, Nigeria, Niger, and Mauritania as Maghreb, the province of the caliphate.” Leaving aside the mismatched ethno-linguistic groupings included in each of these “provinces,” ISIS’s interest in establishing a presence in Africa has long been a part of its vision for a global caliphate.

Battlefield setbacks in ISIS’s strongholds in Iraq and Syria since 2015, however, raise questions of what impact this will have for ISIS’s African aspirations. A useful starting point in considering this question is to recognize that the threat from violent Islamist groups in Africa is not monolithic but is comprised of a variety of distinct entities. For the most part, these groups are geographically concentrated and focused on local territorial or political objectives. Specifically, the Africa Center for Strategic Studies has identified 5 major categories of militant Islamists groups in Africa. In order of lethality on the continent, these include Boko Haram, Al Shabaab, ISIS-linked groups in North Africa, Al Qaeda in the Islamic Maghreb (AQIM), and Sinai-focused groups.

ISIS’s ties and influence with each of these groups varies widely. Consequently, ISIS’s future prospects in Syria and Iraq can likewise be expected to have varied implications across Africa. Let’s walk through these groups more precisely.

ISIS’s main influence on Boko Haram, in contrast, has been reputational.

While Boko Haram’s leader, Abubakar Shekau, publicly declared allegiance to ISIS in 2015, tangible ISIS support to Boko Haram since that time has been marginal. There is some evidence of subsequently improved public relations materials generated by Boko Haram, however, there are few signs that ISIS has provided meaningful strategic direction, organizational control, funding, assets, or fighters to support Boko Haram operations. Instead, Boko Haram fighters continue to be largely drawn from northeastern Nigeria with a focus of operations in Nigeria and the border areas of Cameroon and Niger. A continued downgrading of ISIS capabilities in Syria and Iraq, accordingly, is not likely to have a significant impact on Boko Haram’s operational capacity or focus. Similarly, if ISIS were to regain territory and resources in the Middle East, it is not expected that this would translate into significant additional support for Boko Haram in the near future. 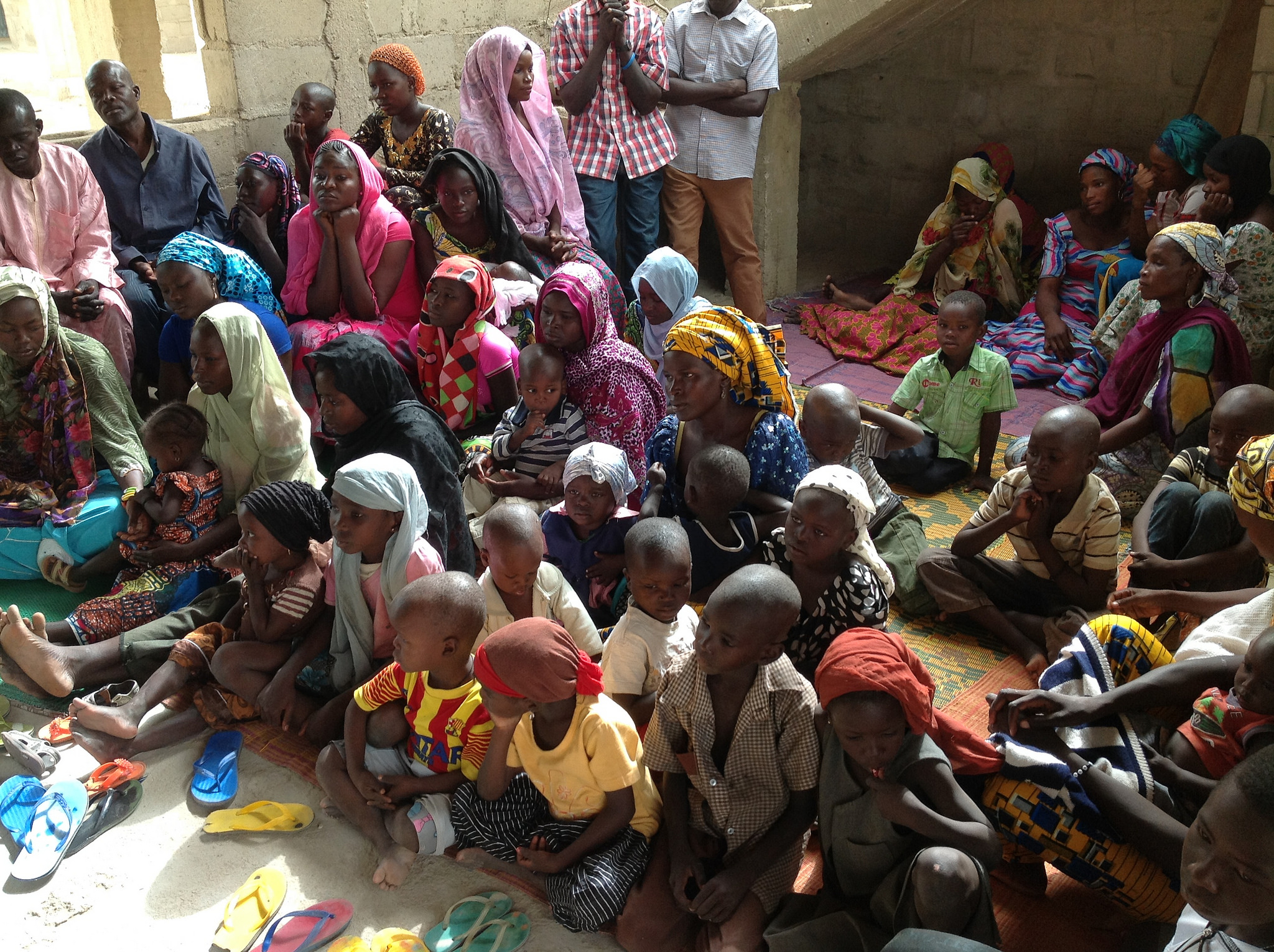 ISIS’s main influence on Boko Haram, in contrast, has been reputational. At its height, ISIS represented a dynamic, successful force that animated a vision for a global Islamic caliphate. This image was highly appealing to young militants drawn to jihad. In this way, Boko Haram’s pledge of allegiance to ISIS in March 2015 was widely seen as an opportunity to associate Boko Haram’s flagging fortunes in northeastern Nigeria with a broader cause. Thus, it is on the ideological front that the future of ISIS in Syria and Iraq will likely have the greatest impact on Boko Haram. If ISIS is defeated, and with it prospects for its leadership of a global caliphate, then this ideological attraction and motivation for Boko Haram fighters and recruits will likely dissipate.

Al Shabaab has been resurgent in 2016, taking offensive action against the still fragile government in Somalia and AMISOM forces. Al Shabaab is almost entirely focused on Somalia, having emerged from the fractious political and clan competition in Somalia as the face of violent Islam in the country. The group has had a long affiliation with Al Qaeda and has been actively hostile to ISIS. Efforts by breakaway elements of Al Shabaab to establish ISIS affiliates in Somalia in 2016 were aggressively put down by Al Shabaab.

The fate of ISIS in Iraq and Syria, therefore, is not likely to have a meaningful direct or near term effect on Al Shabaab. Rather, the trajectory of violent Islamist extremism in Somalia will be more significantly shaped by other forces (e.g., legitimacy and effectiveness of the new Somalia government, Somali clan dynamics, Wahhabi ideological influences and funding).

ISIS-affiliated groups emerged in Tunisia and Libya in 2014, shortly after ISIS’s rise in Iraq and Syria. However, the roles of these two affiliates have differed significantly. Tunisia has served as a key recruitment pipeline for ISIS into Syria through Ansar al Sharia in Tunisia. Some 6,500 Tunisians—more than any other outside country—are believed to have traveled to Syria and Iraq, the majority of whom are presumed to support the jihad there. The ideological appeal of ISIS’s call for a global caliphate evidently resonated deeply with many of Tunisia’s alienated youth.

In Libya, the seizure and defense of Sirte has been the most publicized activity of an ISIS entity in Africa. However, ISIS does not enjoy significant homegrown support in Libya.

ISIS setbacks in Iraq and Syria could result in a significant reverse pipeline of Tunisian fighters returning to Tunisia and fostering instability there. While Ansar al Sharia has been responsible for a number of high-profile attacks in Tunisia (and to a lesser extent Algeria) in recent years, for the most part Ansar al Sharia’s significance has been its facilitation of the flow of fighters to the Middle East. A large influx of returning experienced fighters, however, could change that. These fighters would have the capabilities and cultural familiarity to potentially create a formidable and sustained destabilizing force in Tunisia. Thus, Tunisia appears to be the African country most closely linked to ISIS’s viability in Iraq and Syria.

In Libya, the seizure and defense of Sirte has been the most publicized activity of an ISIS entity in Africa. However, ISIS does not enjoy significant homegrown support in Libya. Instead, ISIS drew aggressive and sustained resistance from Libyan militias intent on dislodging what they saw as a foreign and rival presence—efforts that were eventually successful. Reports suggest that some ISIS fighters subsequently fled south to regions southwest of Misrata.

A regrouping of the remnants of ISIS elements in Libya would likely serve as a magnet for other ISIS fighters displaced from Iraq and Syria. However, the viability of any ISIS-linked groups in Libya is more a reflection of the absence of a capable central governance authority, rather than an indication of the local support that would be needed to sustain their presence.

While affiliated with Al Qaeda, there are splinter groups that have pledged allegiance to ISIS. This raises the prospect that additional relocations of ISIS fighters from Iraq and Syria could strengthen the capacity of these ISIS-linked groups to strike targets in the northern Sahel. These splinter groups have provoked strong resistance from established AQIM factions, however.

Unlike other violent Islamist groups in Africa, AQIM is not linked to a particular local context or agenda. Nor does it hold territory. Rather, its loose configuration of groups have a regional scope with an aim of mounting periodic attacks on government and Western-affiliated targets across the region. By and large, these attacks seem intended for their sensational, rather than strategic, effect. Some observers have suggested that their use of violence is intended to show their continued relevance in the face of growing global media coverage of ISIS attacks. Any influx of ISIS fighters, accordingly, would likely be seen as a threat, potentially triggering increased AQIM activity.

There have long been a number of Sinai-based violent Islamist groups that have planned and undertaken attacks against Israel and Egyptian government targets. With its emergence, ISIS was able to negotiate a declaration of allegiance in December 2014 from one of these groups, Ansar Beit al Maqdis (ABM) or State of Sinai, which had suffered significant leadership attrition at the hands of the Egyptian military. After this declaration, ABM adopted propaganda and battlefield tactics more closely resembling ISIS in Iraq and Syria. This included attacking certain international targets such as: the bombing of a Russian airliner taking off from Sharm el Sheikh, the beheading of a Croatian expatriate, and an attack on the Italian consulate in Cairo. However, most ABM actions are hit-and-run tactics aimed at the Egyptian military.

A loss of territory by ISIS in Syria and Iraq would likely result in the return of more Egyptian jihadists to the Sinai where they could strengthen ABM’s insurgent activities. This could pose a greater challenge for the Egyptian military, which has been on the offensive against these groups since 2014. An ISIS revival in Syria and Iraq, meanwhile, would likely result in increased funding, weapons, and technical support for ISIS’s Sinai affiliate.

ISIS is, by and large, not well-rooted in the communities where Africa’s most active violent Islamist groups operate. This is particularly so in sub-Saharan Africa. ISIS’s closest ties appear to be in Tunisia and the Sinai, plus a cadre of fighters displaced from Sirte in southern Libya and the Sahel. The key effect of ISIS’s continued loss of territory and operational capacity in Iraq and Syria will be an increase in the number of ISIS fighters returning to regions in Africa already facing a threat from violent Islamists. These fighters may attempt to perpetuate the ISIS brand. Without ISIS funding and technical support, however, these fighters are more likely to simply melt into the complex matrix of violent Islamist groups already active in these regions.

The most lethal violent Islamist groups in Africa (Boko Haram and Al Shabaab) predate ISIS, are well-grounded in their local communities and grievances, and do not rely on ISIS for resources or operational support.

ISIS’s main attraction within Africa, however, has been less about resources and more about its reputational and ideological potency. When it was ascendant, ISIS’s reputation for operational capacity, territorial control of large swaths of Iraq and Syria, sensational violence, and a sense of purpose and vision for a global Islamic caliphate generated palpable enthusiasm and momentum among young African Muslims drawn to jihad. As ISIS’s influence and territorial control in the Arab world have waned and the credibility gap for its utopian governance model grown, so too has its reputational appeal. This will diminish its recruitment and alliance building in Africa.

ISIS-related developments in Africa must be kept in context, however. The most lethal violent Islamist groups in Africa (Boko Haram and Al Shabaab) predate ISIS, are well-grounded in their local communities and grievances, and do not rely on ISIS for resources or operational support. Moreover, the dominant ideological influence for militant Islam in Africa has never been ISIS but the ultra-conservative Arab-infused Wahhabi model of Islam that has been propagated from Saudi Arabia and the Gulf States for decades. With deep pockets and increasing reach from satellite communications and social media, this continues to be a powerful influence that is shaping the mindsets of millions of young African Muslims.

Wendy Williams, Adjunct Research Fellow at the Africa Center for Strategic Studies, contributed to this article, which was part of an expert analysis on ISIS in Africa published in SMA Reachback in March 2017.