Efforts to counter violent extremism (CVE) in Africa long pre-date ISIS. Drawing on its CVE work over the years, the Africa Center for Strategic Studies highlights some of the recurring themes.

Four of the eight ‘provinces’ or wilayat of the group’s self-declared caliphate are located in Africa Algeria, Libya, Egypt and Nigeria. While there are questions about the group’s ability to direct affiliates in a unified and coordinated campaign, those who have declared loyalty to ISIS have adopted its signature brutality.

Efforts to counter violent extremism (CVE) in Africa long pre-date ISIS, however. Drawing on its CVE work over the years, the Africa Center for Strategic Studies highlights some of the recurring themes.

The appeal of violent extremist ideologies

In parts of the Sahel and the Horn of Africa the appeal of extremist ideologies stems from the ability of terrorist organizations to tap into social and economic grievances of marginalized groups, particularly youth, and to persuade them that these grievances can be rectified by the establishment of an Islamic caliphate, explains Dr. Terje Østebø in an Africa Center report on Islamic Militancy in Africa. “While international ideological links with the Salafi Jihadi movements are important, the drivers of extremism in Africa are largely homegrown. Individual militant groups emerge and evolve from local concerns, are created and run by locally situated actors, and have an agenda that focusses on the immediate context.” The implications from this are that counterterrorism programs should be accompanied by efforts to address local grievances and draw vulnerable populations back into society by fostering inclusion.

The terrorist attacks in Tunisia—on the Bardo museum in March and in the resort town of Sousse in June – brought the problem of marginalized youth into sharp relief. Dr. Noureddine Jebnoun, a Professor of North Africa Studies at the Africa Center, explains that many of the youth who have left Tunisia to join ISIS in Syria and other countries are well-educated, with some even holding graduate degrees. Jebnoun explains: “They have access to modern education and are sophisticated, yet facing limited employment alternatives, they feel a palpable sense of hopelessness and lack of self-worth that makes them susceptible to extremism. Jihadi narratives provide further justification and coherence. Violence gives them a sense of power. So ideology and violence eventually replace that powerlessness and sense of shame of not being able to provide for themselves and their families.”

In Nigeria, extremist interpretations of Islam have strong resonance among certain marginalized Muslim communities as an avenue to address perceived injustices and economic inequalities, explains Dr. Chris Kwaja in an Africa Security Brief on “Nigeria’s Pernicious Drivers of Ethno-Religious Conflict.” He explains that Boko Haram has thrived on socioeconomic cleavages in Nigeria, in particular disparities between the underdeveloped and mostly Muslim North and the relatively better off and predominantly Christian South. To be sure, other cleavages exist within these two larger dichotomies but deep grievances among northern Muslim communities (particularly unemployed youth) have been central in the extremist narratives that Boko Haram and other terrorist groups have used to win recruits. Hussein Solomon explains that the “solution” that Boko Haram’s leaders have provided to address these grievances is the re-establishment of an Islamic caliphate and ridding Nigeria of “corrupt Western influences.”

Such appeals are powerful because Nigeria has a long history of Islamic government dating back to the Sayfawa Dynasty (1086–1616), Borno Caliphate (1380–1893) and Sokoto Caliphate (1804–1903). These precolonial dominions are believed by many Nigerians to be their nation’s “golden age.” All of this creates an enabling environment for extremist ideologies to thrive. The key lesson is that absent a comprehensive solution to the region’s grievances, extremist ideologies will live on even after Boko Haram is defeated militarily.

Nigerians massively fled across the border with Niger when insurgents of Boko Haram attacked their town, Damassak, on 24 November 2014. Photo: EC/ECHO/Anouk Delafortrie

In August 2014, Boko Haram declared a caliphate in towns and villages it had seized. This coincided with a shift in Boko Haram’s tactics from sporadic attacks to the holding of territory. It is noteworthy that the borders of its declared caliphate followed the frontiers of the former Borno Caliphate. Africa Center Director of Research, Dr. Joe Siegle warned in an interview that the group was getting itself into a position where it “will be able to control an even larger piece of territory from which to base its declared caliphate and create its own governance structures.”

At its peak, Boko Haram controlled more than 30 towns in northeastern Nigeria along the border of Cameroon and Niger. Africa Center Research Associate Davin O’ Regan contends that this geographic concentration presents an opportunity to contain and isolate the group. As a coalition of regional forces have succeeded in pushing Boko Haram out of nearly all these areas in early 2015, the group’s tactics have reverted back to a pattern of hit-and-run attacks and suicide bombings. It has stepped up such attacks in Chad, Niger, and Cameroon, in addition to northern Nigeria, resulting in an estimated 4,000 deaths since January.

In Somalia, Al Shabaab once controlled about half of the country, including important urban areas such as Mogadishu, Kismayo, and Barawe. This allowed Al Shabaab to assert some form of governance over these areas. Al Shabaab has been pushed out these urban strongholds by the African Union Mission in Somalia (AMISOM), depriving the group of important sources of revenue, taxes on goods and other illicit trade. The port of Barawe, for instance, was the hub for the multi-million dollar charcoal trade that financed a large part of the group’s operations. Al Shabaab appears to have adapted to its loss of territory and commercial infrastructure by stepping up suicide attacks in urban areas inside Somalia as well as in Kenya and Uganda, both of which provide troops to AMISOM.

The drivers of territorial control however seem to differ in both cases. The need to establish and maintain a trade infrastructure (including imports and exports) appears to be more important to Al Shabaab than to Boko Haram, which did not make serious attempts to govern its areas of control. Al Shabaab, by contrast, views itself as a government, reflecting its roots in Somali nationalism including the popular Somali dream of a “Greater Somalia.” Such beliefs, coupled with the traditional Somali acumen for commerce, continue to drive Al Shabaab’s strategy even as it loses territory. Indeed its focus has shifted from controlling ports to controlling lucrative routes between these ports and the Somali hinterland. It has also diversified its sources of revenue through the imposition of various taxation schemes and tighter control over lucrative money exchange businesses in Somalia and the Somali diaspora. 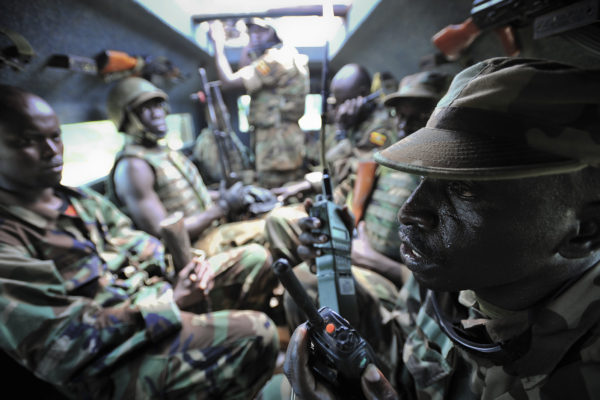 Radicalization is more about “who you know,” notes Noureddine Jebnoun. “It leverages feelings of isolation from society and uses indoctrination to fill this void and create a sense of new belonging. Combating it requires recognition of the role of civil society and larger social movements and the integration of development, education, civil and political rights, common citizenship and political activism.” However, governments, faced with extremist threats tend to respond by restricting these activities in the name of restoring order – often with counterproductive effects. He cites the decision by the Tunisian government to shut down 80 mosques shortly after the attack on Sousse. “It will likely feed perceptions of grievance and push militants to operate underground,” he cautions.

Michael Olufemi Sodipo in an Africa Security Brief, “Mitigating Radicalism in Northern Nigeria,” explains that redressing violent extremism requires “interventions at every stage of the radicalization spectrum, from the measured use of force, to proactive development investments to alleviate socioeconomic grievances, countering extremist ideologies, and rehabilitating individuals who have been radicalized.” He also calls for alternative dispute resolution approaches such as those that actively engage youth and other at-risk groups in peace-building programs to instill values of tolerance, diminish prejudice, and mitigate the appeal of radical ideologies.

Establishing inclusive governance processes that create trust between government institutions and citizens should be a key piece in combating violent extremism explains Hussein Solomon. “You cannot fix the problem of terrorism without fixing the state,” he suggests. “A new social contract needs to be established between the political leader and citizens, one that includes and respects ethnic and religious diversities and where citizens feel that they belong to the nation. However, African political elites thus far have resisted this. … What then emerges is a corrupt and predatory state which creates more cleavages in society than it can ameliorate. This creates an environment for radical organizations to take root as happened in Nigeria, northern Mali, and Somalia.” Addressing these fundamental weaknesses of the African state should be viewed by international and African partners as vital to national as well as international security, he argues.

Changes are also required in the way military operations are carried out. Nigeria’s heavy-handed approach to dealing with Boko Haram contributed to radicalizing the group over time. It started out in 2002 as a religious sect but as time went on it clashed frequently with police. The tipping point came in 2009 after a violent encounter with police triggered five days of riots in Bauchi, later spreading to Borno, Yobe, and Kano states. These ended after its founder was captured and killed in police custody. The group went into hiding, emerging several months later as an armed insurgency. A lot can be learned from this experience explains Sodipo. “For security operations to be more effective, government forces should invest in building credibility and gaining trust among local communities.”

Similarly Dr. Benjamin Nickels, Associate Professor and Academic Chair, Transnational Threats and Counterterrorism calls attention to the importance of focusing on “the unintended consequences of counterterrorism operations” and how they undermine counter-terrorism objectives. “We continue to see cases of repression in the manner in which some of these operations are carried out, which creates more instability and lends itself to exploitation by terrorist organizations,” he cautions. He also warns that overreliance by international partners on counterterrorism partners who pursue repression at home could inadvertently exacerbate local drivers of instability.