African leaders’ adherence to constitutional term limits is a key component of institutionalizing predictable norms of democratic succession. Progress toward establishing this norm has been mixed, however. While a number of African countries have succeeded in upholding term limits over the past two decades, leaders in more than 20 countries effectively do not face restrictions on their time in power. 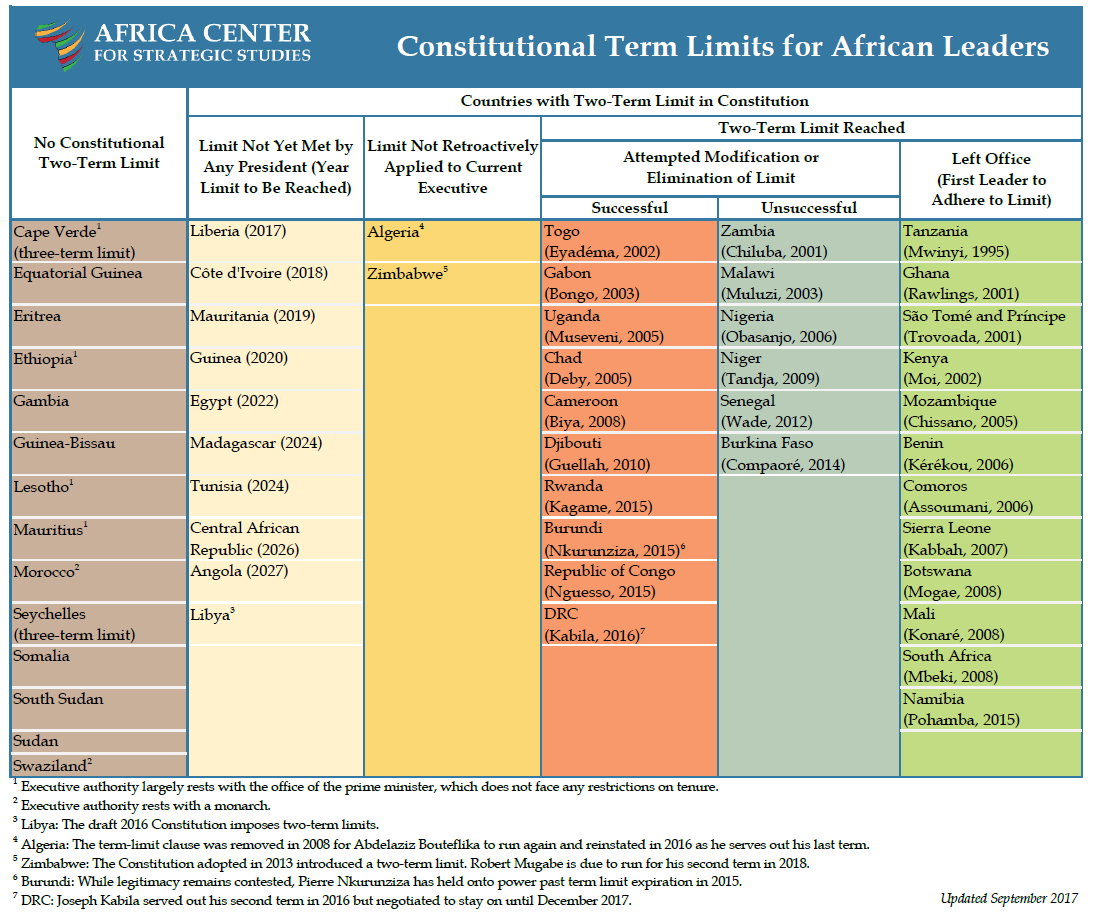 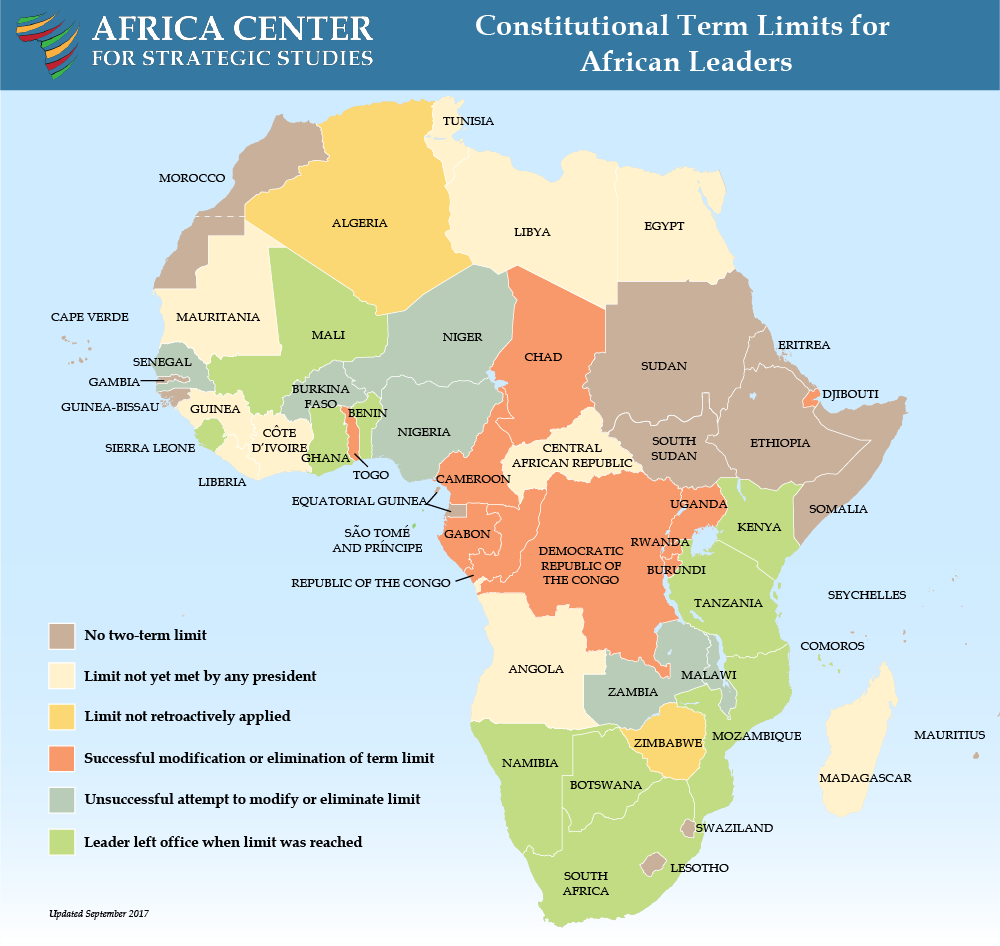