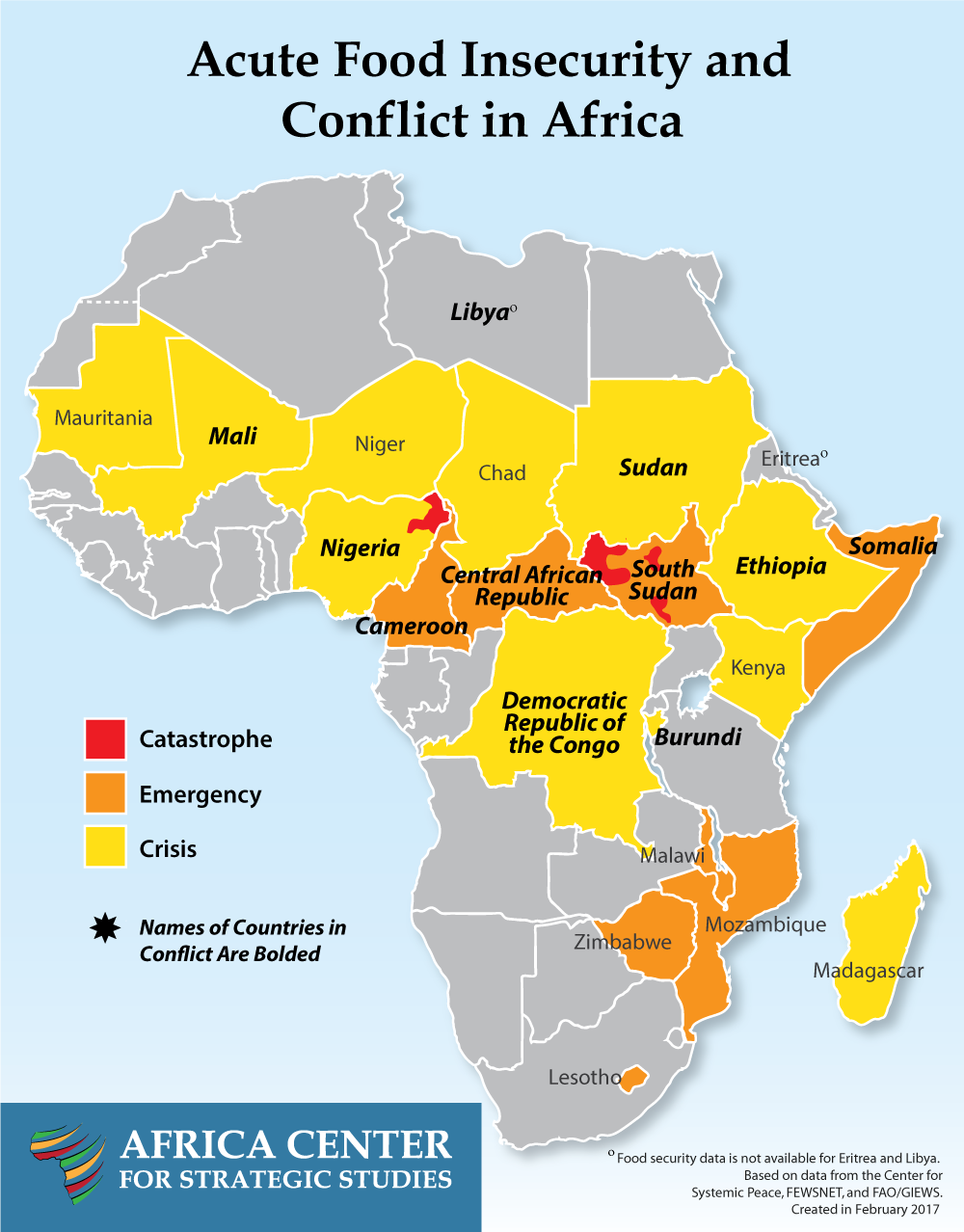 Historic droughts in East and Southern Africa have caused food prices to skyrocket to record levels, doubling the price of staple cereals in some areas. The areas of greatest food insecurity, however, are those affected by conflict. An arc of conflict-affected countries, largely overlapping regions of greatest food insecurity, spans the center of the continent  from Somalia to Mali. In addition to disrupting production, conflict undercuts markets that would normally bring food to areas of greatest shortage. In some places, conflict prevents even conducting a full assessment of the level of food insecurity. And because countries in conflict lack the resilience or coping mechanisms of more stable areas, their food crises tend to last longer and have more lasting impact. In short: