Mass atrocities, including unlawful killings, rape, torture, and destruction of property, have caused one in three people in South Sudan to flee their homes. 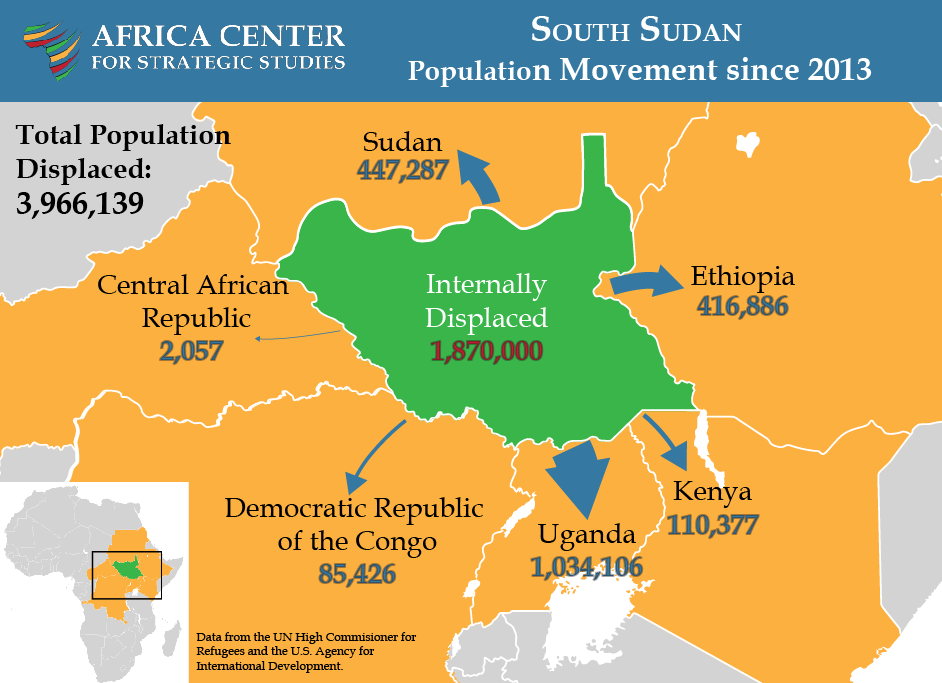 As the four-year conflict in South Sudan continues unabated, the country’s humanitarian situation has reached emergency levels and continues to worsen. Those who have fled their homes relay stories of atrocities, including unlawful killings, mass rapes, torture, arbitrary detentions, and looting and burning of property. A population movement of this magnitude, with majorities of some ethnic groups displaced, has the potential to cause massive and lasting damage to the country’s social fabric, as well as its viability as a sovereign state. Some figures give perspective to the scale of the crisis: 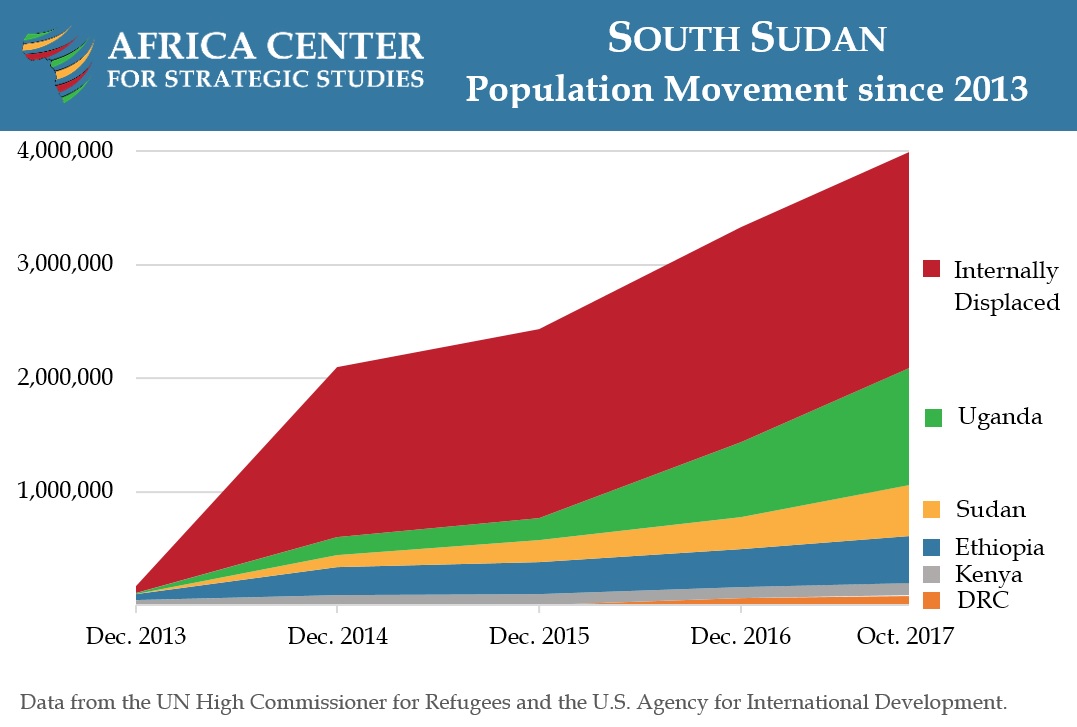