A spike in political violence since mid-2016 has caused the worst humanitarian crisis in South Sudan since its decades-long civil war with Sudan. 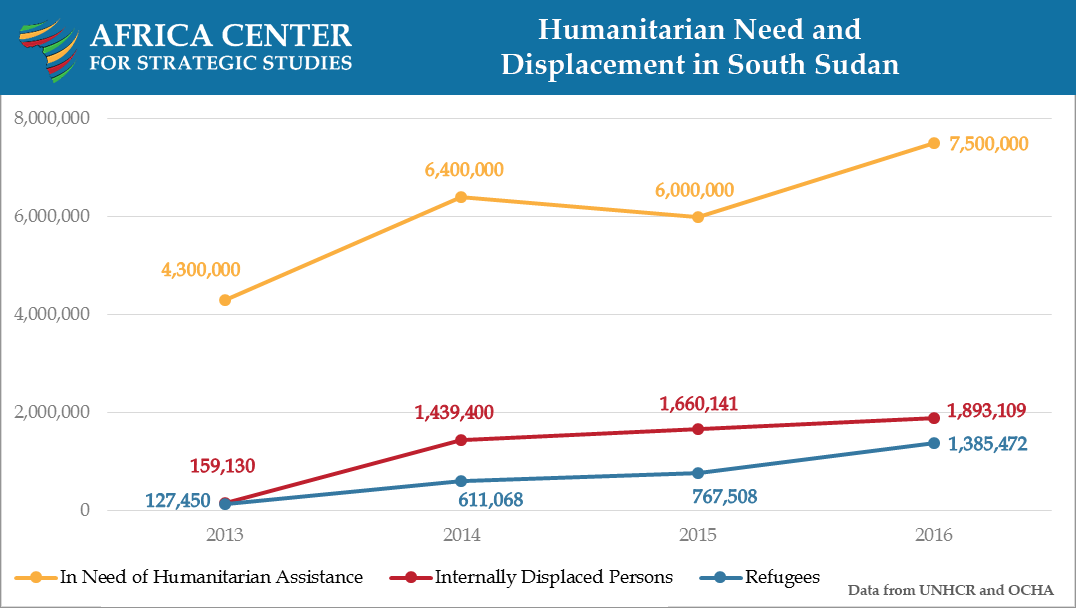 A spike in political violence in South Sudan since mid-2016 has caused the worst humanitarian crisis in that country since its decades-long civil war with Sudan. Millions have been driven from their homes, and violence against civilians and aid workers has prevented humanitarian assistance from reaching those most in need. Farmland lies fallow as nearly five million people are experiencing severe food insecurity. This includes more than 100,000 who are in a state of famine and another million on the brink of starvation. According to the UN Commission on Human Rights, serious human rights violations and ethnically targeted violence have been committed by the government, bringing the country to the edge of genocide. The man-made humanitarian disaster sees no signs of abating without concerted regional and international action.