Constitutions and Conflict Management in Africa

The Africa Center’s Director of Research, Joseph Siegle, participated in a symposium at the LBJ Presidential Library at the University of Texas on October 16 examining the role of constitutions on conflict management in Africa. 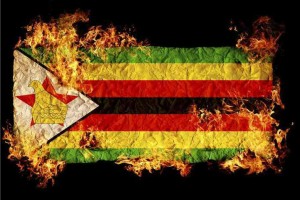 Drawing on case studies from Burundi, Ghana, Kenya, Nigeria, Senegal, Sudan, and Zimbabwe, the book argues that while there has been a trend in recent years towards accommodative designs, this may perpetuate inter-communal differences and grievances. This, in turn, may inhibit the emergence of a national identity and longer-term peacebuilding.

Across forms of constitutional design, the quality of political institutions was found to be critical to conflict management. A free press and space for civil society, an independent electoral commission, an apolitical judicial systems, and a merit-based civil service, for example, were demonstrated to be vital means by which constitutional protections were upheld whether more accommodative or integrative. Lacking these independent institutions, powerful political actors were more easily able to bulldoze over or reinterpret constitutional restrictions to suit their interests.

Other panelists participating in the event included: