A CDC assessment found Chad, Djibouti, and Eritrea at risk for Zika. What are the chances the disease will spread in Africa? 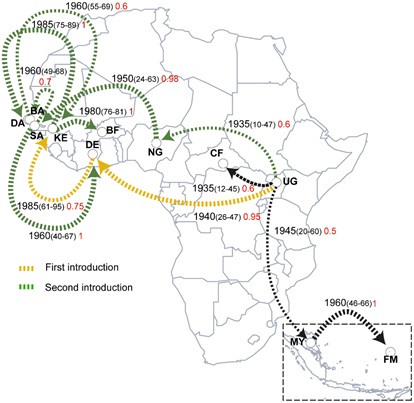 A major concern surrounding Brazil’s hosting of athletes from 199 countries and territories for the Olympic Games was the potential risk for the further spread of the Zika virus. It also raised the question of what might happen if Zika spreads eastward, across the Atlantic Ocean to Africa. The virus has been linked to a highly increased chance of birth defects—notably microcephaly—as well as a slight increase in the chance of patients developing the extremely rare Guillain-Barr syndrome, a disorder that causes the body’s immune system to attack the nervous system.

A recent U.S. Centers for Disease Control and Prevention (CDC) risk assessment of potential Zika outbreaks following the Olympics found that Chad, Djibouti, and Eritrea are among the four countries where increased risk is “uniquely attributable” to their travel to the Games. So what exactly are the chances that Zika will spread in Africa, and what threats would it present?

Can Zika migrate to mainland Africa?

In May, the World Health Organization (WHO) confirmed 7,000 cases of Zika virus in Cape Verde, likely imported from Brazil. By the end of June, authorities said, the virus had been contained. However, the enormous volume of cross-border movement between countries today poses an ongoing risk of future transmission to mainland Africa.

There are two avenues by which Zika could reach the continent. The first is if a virus-laden Aedes species mosquito (prevalent in South America, sub-Saharan Africa, and Southeast Asia) travels all the way to Africa, likely either by ship or plane, to bite and infect an individual. The other possibilities are if an already infected individual carries the virus to the continent and then passes it on to another person through sexual intercourse or through blood transfusion. As the CDC notes, the symptoms of Zika last, at most, for about a week and the virus itself only affects about 20 percent of those who are bitten. However, medical professionals and scientists are asking those infected with Zika to abstain from sex for six months and those traveling to a Zika abundant locations to take precautions for at least eight weeks due to the uncertainly over how long the virus can be sexually transmitted. Even with this uncertainty, the outbreak in Cape Verde has apparently not yet made the 400 mile jump to Senegal.

Are parts of Africa immune?

First discovered in 1947 in the Zika forest near Entebbe, Uganda, the virus became prevalent throughout sub-Saharan Africa, as well as parts of Asia. Further studies throughout the 1980s found traces as far west as Senegal and identified people living in that region who had built up immunity to the virus. After a migration off the continent some years later, the virus ended up in Latin and South America—87 percent identical to the original strain first found 69 years ago.

Within the scientific community there is not yet a consensus on whether immunity to the original Zika virus might be effective against this newer strain. If it isn’t, any outbreak could be compounded by the fact that Africa’s struggling public health institutions may fail to correctly diagnose and respond to this fast-spreading disease, which could prove disastrous to families affected.

Could it be contained? 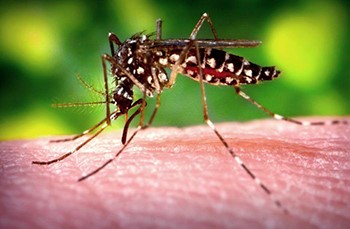 Currently, the only two ways to definitively diagnose the virus is by using reverse transmission polymerase chain reaction (RT-PCR) and serum IgM antibody testing. Both are laborious techniques that require trained experts to carry out. Beyond trained professionals, RT-PCR requires a full test tube of blood, around $100, and two to six hours. Combined with the virus’ short lifespan, it makes correctly identifying Zika fast enough to contain it both unlikely and difficult. Harder still, the symptoms of Zika closely mirror other sicknesses common in sub-Saharan Africa, such as a mild case of dengue fever or a short bout of malaria, both of which are carried by the same Aedes species of mosquito. Combining these factors with poor sewage and water treatment, inadequate waste management, and densely populated urban areas means that if the virus does make it to the African continent, the impact could be severe.

What is the risk?

An outbreak of Zika on the mainland continent would be a dynamic and complex challenge for Africa’s already strained public health sectors. While at this time the risk of transmission would appear to be small, the Zika outbreak is a reminder of the ongoing importance for African countries to strengthen their public health systems as part of their national security strategy planning. Africa experiences roughly 100 public health emergencies every year, according to the World Health Organization. Eighty percent of these are caused by infectious diseases. As was seen with the Ebola outbreak, regions with the weakest public health systems were the most vulnerable to the spread and persistence of this disease—with devastating social and economic costs.

In an increasingly globalized and urbanized Africa, the risk of health pandemics should not be seen as the exception but an ongoing cause for attention and prevention. In addition to establishing public health emergency operation centers, WHO has called on African countries to strengthen their disease surveillance and response capacity. African states and international partners should also ensure the African Public Health Emergency Fund, which has contributed to recent emergency health campaigns on the continent, is fully funded.