The escalation of violent events linked to militant Islamist groups in the Sahel reflects an array of diverse actors operating within distinct geographic concentrations. 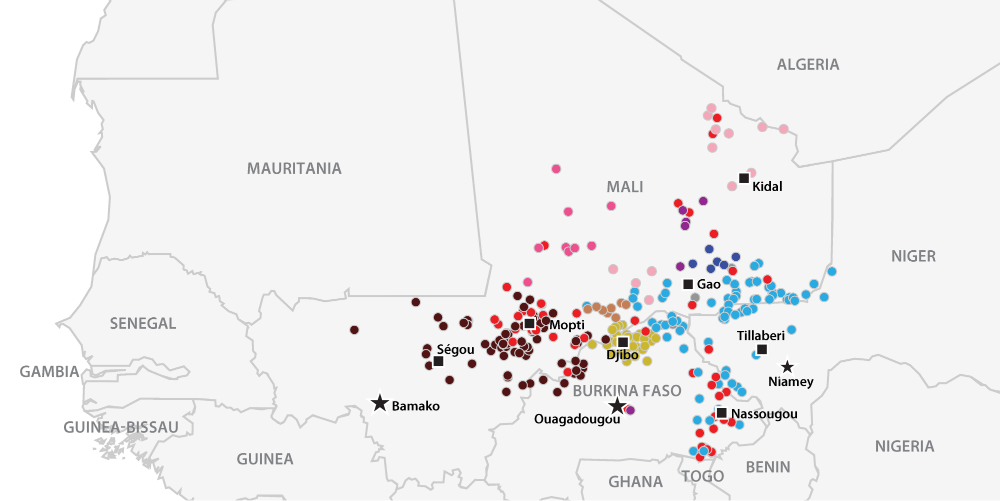 Note: Compiled by the Africa Center for Strategic Studies, this graphic shows violent events involving the listed groups in 2018. Data on attacks or fatalities does not attempt to distinguish the perpetrators of the events. Group listings are intended for informational purposes only and should not be considered official designations. Due to the fluid nature of many groups, the listed affiliations may change.
Sources: Armed Conflict Location & Event Data Project (ACLED), Menastream, SITE Intelligence Group, Terrorism Research & Analysis Consortium (TRAC). 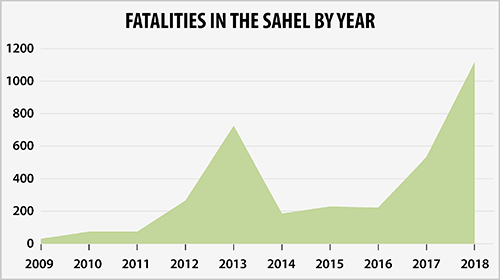 A review of violent events involving militant Islamist groups in the Sahel between 2010 and 2018 highlights that: