Despite continuing crises on the continent, important norms, practices, and institutions have emerged since the Rwandan experience with the objective of preventing genocides.

In April, the world commemorated the 23rd anniversary of the Rwandan genocide, during which between 800,000 and 1 million ethnic Tutsis were killed in 100 days. Each year, we remember those that perished and reflect on how to prevent a similar tragedy repeating itself, to uphold the simple yet weighty call of “never again!”

The commemoration is particularly poignant this year as the continent faces unfolding crises in South Sudan, Burundi, the Democratic Republic of the Congo, and the Central African Republic that portend a return of genocide. Special Adviser to the United Nations Secretary General on Genocide Adama Dieng recently called the world’s attention to the growing risk of genocide in South Sudan, and the UN Commission on Human Rights in South Sudan underscored the call for action. In Burundi, both the UN Committee on Elimination of Discrimination and the UN Secretary General have expressed concern and condemned reported ethnic profiling in the civil service and increasing cases of hate speech, incitement to ethnic violence, and the systematic use of rape as a tool of intimidation. 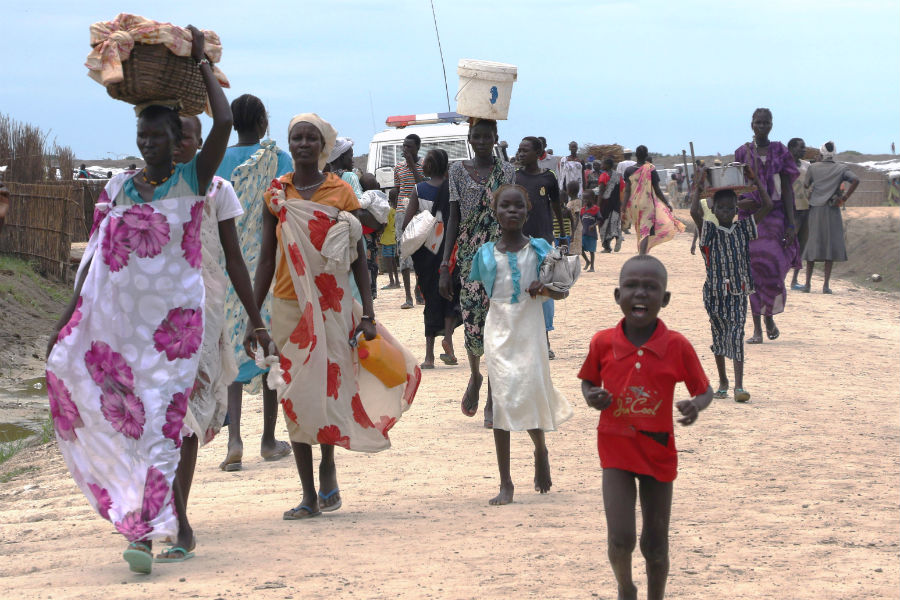 In 1998, an inquiry by an International Panel of Eminent Personalities appointed by the Organization of African Unity (the precursor of the African Union) to probe the circumstances surrounding the genocide in Rwanda found that the genocide could have been prevented had the international community acted decisively. It noted that “there was an honorable and inestimably useful way in which the world might have discharged that responsibility.”

In the context of Africa’s current crises, developments in norms, practices, and institutions have emerged from the Rwandan experience with the objective of preventing future genocides.

Evolution of the Concept of War Crimes

Today, it is well-known that genocide is an international crime, placing it in a small class of unlawful acts—along with war crimes and crimes against humanity—that were elevated to that station by the community of nations because of the gravity they attach to  their commission. But this was not always the case. The concept of genocide was inspired by the efforts of Raphael Lemkin, who—galvanized by the Armenian genocide and his experiences in Belarus—proposed a definition of the crime in 1943 and worked tirelessly to draft and advocate for the eventual adoption of the Convention on the Prevention and Punishment of the Crime of Genocide in 1948. This was the first major treaty adopted after the UN Charter that created the UN itself.

The norm and the injunction to prosecute war crimes was eventually effectuated 50 years later with the creation of the ad hoc International Criminal Tribunal for Rwanda (ICTR), which in 1998 became the first international court to interpret the Genocide Convention and convict a perpetrator for the crime of genocide. In the same month, Jean Kambanda, the former prime minister of Rwanda, became the first head of state to be convicted and imprisoned for genocide.

By codifying humanitarian intervention, the African Union’s Constitutive Act breaks new ground, being the first and only multilateral treaty to do so.

The 50-year gap between the establishment of the Convention and its first conviction can be explained for the most part by the Cold War schism between the West and East, which froze the creation of a permanent international criminal court that would prosecute not only the international crimes codified at the International Military Tribunal (IMT) at Nuremberg, but also the crime of genocide. The IMT had tried Nazi war criminals in 1946 and laid the groundwork for a permanent institution foreseen in the Genocide Convention, but it would take the Balkan war and the Rwandan genocide to rekindle the debate and to provide the impetus that culminated in the establishment of the International Criminal Court in 1998.

The findings of the International Panel of Eminent Personalities would inspire new norms for African states, which were included in the Constitutive Act of the African Union (AU) in 2000. In Article 4(h), the AU commits itself to intervene militarily in any member state to stop the commission of genocide, war crimes, and crimes against humanity. It is partly for this reason that the African Standby Force (ASF) was created in 2000. The sixth “mission scenario” outlined in the ASF’s policy framework is intervening in genocide situations when the international community does not act promptly. By codifying humanitarian intervention, the Constitutive Act breaks new ground, being the first and only multilateral treaty to do so. At the UN, the right to intervene militarily in these situations has emerged out of practice—a norm of customary international law—though implementation is not consistent. 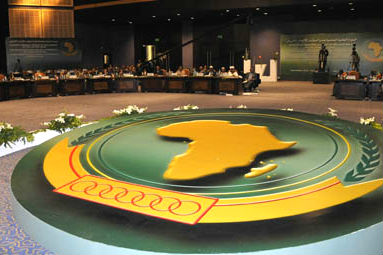 Emergence of Institutions to Prevent Genocide

The normative commitment to prevent genocide and punish perpetrators is backed up by an institutional framework anchored in the AU’s Peace and Security Council (PSC). Decisions to intervene militarily in a member state in case of “grave circumstances” to stop genocide and other international crimes are made by the Assembly of Heads of State and Government (AHSG), as informed by the PSC. They are mandated—and have indeed exercised the power—to sanction states that violate agreed norms, including those relating to unconstitutional change of government. This has a preventive dimension, because contests for power in Africa can lead to conflicts in which serious human rights violations and crimes occur. Moreover, the risk of genocide is never far, with ethnic mobilization a key feature in many contexts. However, while the AU increasingly acts assertively in Africa’s conflict zones, its role in the arena of international peace and security is somewhat circumscribed by Articles 53 and 54 of the UN Charter, which subordinates them to the UN Security Council. This partly explains an apparent trend toward hybrid AU/UN peacekeeping missions. Nonetheless, the AU has often taken the lead on collective efforts to manage crises and prevent genocide on the continent.

What is most often lacking is not the material capacity to intervene, but the courage to expend political and diplomatic capital to do so.

African states played a critical role in the creation of the International Criminal Court in 1998, itself a product of the progressive efforts reenergized by the international responses to the atrocities committed in Rwanda in 1994 and in the former Yugoslavia in 1993. Based in The Hague, eight of the Court’s open cases involve Africa, including one regarding the situation in Darfur, Sudan, for which President Al Bashir was indicted for genocide, war crimes, and crimes against humanity.

Other AU organs perform important functions focused on the prevention of genocide. The proposed African Court on Human Rights and Criminal Justice, created by the Malabo Protocol adopted in 2014, would try individuals for genocide and other crimes, and the AHSG and PSC would be able to refer a situation to the Court for investigation. 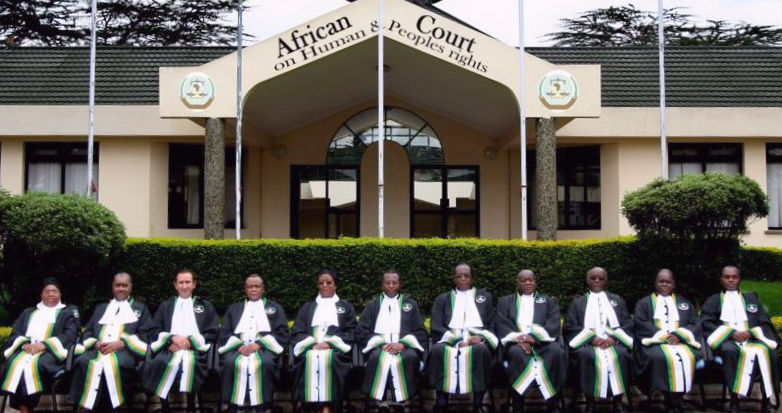 Established in 1986, the African Commission on Human and Peoples’ Rights has become an important avenue for victims that have been subject to mass atrocities such as genocide. Among other functions, the Commission is mandated to conduct fact-finding missions and has done so in the case of Darfur in 2004 and Burundi in December 2015. The Commission uncovered serious violations of human rights and the commission of international crimes, and its reports have become important sources for the prosecutor of the International Criminal Court in the case of Darfur and for international inquiries into Burundi.

Preventive diplomacy, which is at the opposite end of humanitarian intervention on the continuum of options, is an essential tool for intervening in conflict situations. The UN and regional bodies have made diplomatic endeavors a staple in the continent’s trouble spots. Following the disputed presidential elections in Kenya in 2007, the timely intervention by regional leaders, as well the AU and UN, brought an end to inter-ethnic violence. The Kofi Annan–led intervention may have been the first use of the doctrine of responsibility to protect to frame the international community’s response to a crisis.

The recognition that genocide is not an event but a process should cause policymakers to take intermediate measures such as sanctions and arms embargoes seriously.

The normative and institutional framework for responding to genocide—whether to prevent it, or stop the commission of atrocities—has become much more well-established since the Rwanda genocide of 1994. Progress, for example, has been made on early warning mechanisms that alert policymakers to the risk of an outbreak of conflict and to factors such as hate speech and incitement to violence that lay ground for genocide to occur.

What is most often lacking is not the material capacity to intervene, but the courage to expend political and diplomatic capital to do so. Coordination between regional and global mechanisms is critical. The recognition that genocide is not an event but a process should cause policymakers to take intermediate measures such as sanctions and arms embargoes seriously. The lack of consensus to make the decision to deploy these and other assets only strengthens the capacity of belligerents to do harm on a large scale.