The violence in the aftermath of Zimbabwe’s elections and ongoing disputes over their credibility undercut the goal of establishing legitimacy for the post-Mugabe government.

Despite a relatively peaceful lead-up to Zimbabwe’s July 30 polls—the country’s first without Robert Mugabe’s name on the ballot—the post-election period has been marred by deadly violence and allegations of wrongdoing. The electoral commission has reported that incumbent President Emmerson Mnangagwa garnered 50.8 percent of vote—just enough to avoid a runoff. The opposition Movement for Democratic Change (MDC) Alliance has challenged these results, citing a series of irregularities including vote-rigging. On August 24, Zimbabwe’s Constitutional Court upheld the election results, saying that the MDC petition lacked the evidence to prove that there had been fraud at the polls. 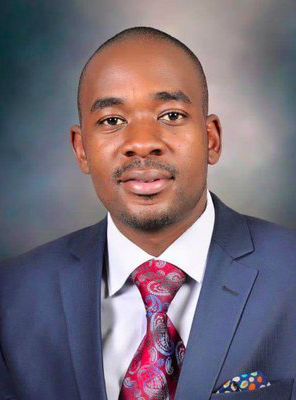 Eager to secure much-needed donor assistance that was promised on the condition of a peaceful and credible election, the government had been at pains to reiterate its stated public commitment to a democratic process. However, in scenes reminiscent of Zimbabwe’s past, seven civilians were killed by soldiers who had been deployed to quell the protests that erupted in Harare after the results were announced. Members of the MDC Alliance have been subjected to a crackdown by the military and police. And human rights monitors have documented numerous cases of beatings by soldiers in many of Harare’s suburbs, including Chitungwiza, Seke, Dzivarasekwa, Glen Norah, Glenview, Highfields, and Kuwadzana. Moving in groups of 4 to 10, soldiers reportedly beat civilians in bars and restaurants, accusing them of letting down Mnangagwa. Harare is an opposition hotbed, and the MDC Alliance presidential candidate, Nelson Chamisa, won the majority of votes in the city.

Rights monitors also collected eyewitness accounts from residents who saw groups of ruling ZANU-PF youths conducting house-to-house searches with lists of known MDC Alliance members and supporters. They were heard singing war songs, threatening retribution, and assaulting residents. Among those whose homes were raided are MDC Alliance parliamentarian Miriam Mushayi and the party youth chairman, Happymore Chidziva, both of whom subsequently went into hiding. 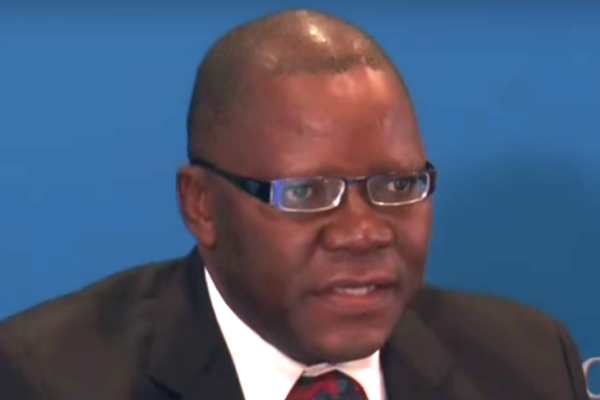 A few days earlier, the police stormed the MDC Alliance offices and detained 16 people on charges of inciting the protests in Harare. Tendai Biti, a key opposition leader and highly respected former finance minister, fled to Zambia seeking asylum. His request denied, he was turned over to Zimbabwe’s security services and subsequently released on $5,000 bond.

This election was meant to serve as a litmus test for Mnangagwa, a former protégé of Mugabe. In an effort to reduce Zimbabwe’s diplomatic and economic isolation, the government sought to signal a shift toward greater inclusion. However, the European Union, Canada, Switzerland, and the United States all swiftly condemned the violence and human rights violations that have followed election day, throwing Zimbabwe’s efforts to rehabilitate its image in the international community into doubt.

The military, which currently dominates party and government functions, played a prominent role in the crackdown on opposition members and supporters. Given that its involvement in politics has been at the center of most of Zimbabwe’s post-independence crises, including Mugabe’s ouster, its entanglement in the polls underscores fundamental unresolved questions regarding governance norms in Zimbabwe.

Until the violent crackdowns on opposition candidates and supporters, the electoral process had been largely free of the widespread intimidation and violence seen during Mugabe’s reign. The playing field, however, remained uneven, and there were significant irregularities in the lead-up to and the holding of the elections.

Although the state-owned Zimbabwe Broadcasting Corporation had toned down its propaganda, it gave far more coverage to ZANU-PF and continued to portray other parties in a negative light. In addition, while the voter rolls were opened for public inspection in mid-May, the MDC did not have full access to them. Meanwhile, ZANU-PF was alleged to have used them to help target its campaign. There were also as many as 250,000 ghost voters on the rolls, which might explain the commission’s reluctance to provide full access. This and the fact that biometric data was not used on the day of the election, provides considerable space for malfeasance. The failure to release presidential results by voting station, and the razor thin margin of 0.8 percent by which Mnangagwa is reported to have avoided a run-off election, further raise skepticism of the results.

The opposition also accused the electoral commission of running ungazetted polling stations and noted that former soldiers make up 15 percent of its staff. The electoral commission, meanwhile, upheld controversial new rules that positioned the ballot boxes in full view of election officials and party agents. Reports also emerged of ruling party agents demanding to see the serial numbers of voter registration slips, a practice that had been used to intimidate voters in previous elections.

The independence of the courts to rule on the electoral irregularities is an open question.

While much remains uncertain about Zimbabwe’s path forward pending the legal challenges to the election, several storylines will bear close attention.

First: The factional rivalry within ZANU-PF that emerged after Mugabe’s allies were expelled from its ranks. One faction consists of military officers who supported the operation that ousted him and is led by former Defense Chief and current Vice President Constantino Chiwenga. The other is dominated by civilians loyal to Mnangagwa but suspicious of the military. The independence war veterans, who helped orchestrate Mugabe’s ouster, were increasingly sidelined as the party reconfigured itself. 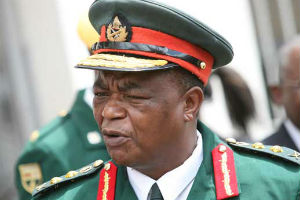 In the chaotic ZANU-PF primaries, dozens of civilian cadres loyal to Mnangagwa lost key strongholds to candidates that had the open backing of the military or had recently retired from the force. As ZANU-PF went to the polls, its top bodies—including the Commissariat and Politburo—were controlled by generals who served with Chiwenga on the Joint Staff.

The Commissariat is the nerve center of the party bureaucracy and controls its electoral machinery, as well its vast patronage system and its disciplinary and enforcement arms. It was previously led by Victor Matemadanda, the Secretary General of the Zimbabwe National Liberation War Veterans Association (ZNLWA), who has been replaced by former army chief of staff Engelbert Rugeje. Sitting alongside Chiwenga in the Politburo—ZANU-PF’s policymaking committee—are former senior officers including retired Air Marshall Perrance Shiri, now minister for lands, and the current foreign minister, General Sibusiso Moyo.

The defeat of ZNLWA leader and Mnangagwa aide Chris Mutsvangwa was one of the biggest upsets of the ZANU-PF primary. Once a staunch ally of Chiwenga, he petitioned the Politburo for a recount, accusing Chiwenga’s loyalists of using the police and intelligence agents as election officials and intimidating candidates. The Politburo ordered reruns in 10 locations and launched internal reconciliation talks chaired by Mnangagwa to defuse tensions. However, these were inconclusive, and infighting is likely to continue.

Second: The solidarity of the political opposition. While many opposition parties came together to support the MDC Alliance, these groups are fragmented and lack a clear leadership, ideological, or organizational structure.  With some leaders now in hiding, others facing intimidation, and still others likely to be wooed by ZANU-PF, the degree to which they can maintain a cohesive front will shape the degree to which they can effectively press their claims regardless of the outcome of the legal ruling on the election irregularities.

Third: The ability of Zimbabwe’s civil society to maintain popular momentum for reform. In January 2018, the National Peace and Reconciliation Commission Bill became law as a result of heavy lobbying by the members of the Platform for Concerned Citizens and survivors of the 1980–85 massacres dubbed Gukurahundi (“the rain that washes away the chaff”). However, in addition to establishing the commission, the new law also gave the minister of security broad discretionary authorities, including the power to block investigations on security grounds.

Civil society organizations have also been weakened over the years by a raft of draconian laws and legislation. Civil society leaders have demanded the repeal of two laws in particular: the Access to Information and Protection of Privacy Act and the Public Order and Security Act. However, the internal affairs ministry insists they are necessary for stability.

Fourth: The extent to which Zimbabwe’s external partners will insist on genuine reforms. External partners will be a decisive factor in setting the minimum bar for political rights and civil liberties before they renew their economic and diplomatic engagement. However, divisions within the international community confound just what these standards will be. The United Kingdom and China have been keen to welcome Zimbabwe back into the international community and are seen as being quick to accept the credibility of a Mnangagwa government. Likewise, prior to the post-election violence, the African Union and Southern African Development Community appeared to be supportive of the electoral process. The European Union, Canada, and the United States have been more skeptical of the election results and critical of the security forces’ violence against protesters.

The use of the police and intelligence services to repress dissent is a cautionary sign that commitment to genuine reform is shallow.

The post-election violence underscores that the military continues to loom large in Zimbabwe’s politics. Similarly, the use of the police and intelligence services to repress dissent is a cautionary sign that commitment to genuine reform is shallow. However, international engagement is needed if Zimbabwe is to overcome its economic hardships. Sanctions relief and the revamping of the economy provide powerful incentives for reform and re-engagement with the international community as ZANU-PF struggles to find new sources of legitimacy.

Resolution of these competing tensions will determine whether the military will be able to consolidate its hold on the political levers of power perpetuating the exclusionary politics that have come to define Zimbabwe. If so, despite the departure of Robert Mugabe after 38 years in leadership, the same system will persist with different faces at the top.