Popular demand to end the 50-year rule of the Gnassingbé family puts the spotlight on Togo’s authoritarian practices and ECOWAS’s vow to uphold democratic norms.

On February 22, Togolese will head to the polls to choose a new president—the first national elections in Africa this year. The main question will be whether the election will allow President Faure Gnassingbé to stay in power for a fourth term or whether newly imposed term limits will lead to the country’s first peaceful transfer of power, after more than 50 years of the Gnassingbé family’s rule. Here are five things to watch as the election unfolds:

While the electoral playing field appears fair on paper, with institutions in place to organize, administer, and secure the voting, in practice the ruling party, the Union for the Republic (UNIR), largely controls these institutions. Notably, of the 19 members of the National Electoral Commission (CENI), only 2 are from the opposition. Moreover, local electoral commissions, which gather results to send to CENI, are run by judges that were selected by the ruling party. 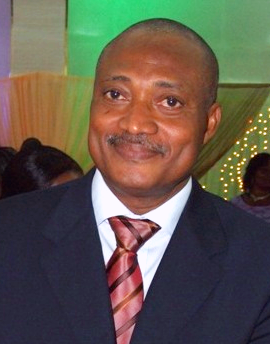 In addition, the Constitutional Court, which was partially revamped in December 2019, has only seven members, of which the president will name two, the legislature will name two, and the council of magistrates, lawyers, and public universities will each name one. (Two additional members are supposed to be named by a yet-to-be-established Senate.) Since UNIR controls the legislature, and the council of magistrates is also named by the president, five of the Court’s seven judges are party loyalists.

Moreover, while campaigning began on February 6 and is set to continue until February 20, candidates’ rallies must be approved by each locale’s prefect (or superintendent), who is named by the cabinet. Opposition candidate Jean-Pierre Fabre of the National Alliance for Change (ANC), for example, was prevented from holding several rallies in the north of the country on the dubious grounds that the prefect had already approved UNIR to hold rallies at the same time and place. In another illustration of the tilted electoral landscape, Philippe Fanoko Kossi Kpodzro, the Emeritus Archbishop of Lomé, has accused UNIR of giving out money at Gnassingbé rallies.

Togolese civil society demonstrated great capacity in organizing the massive protests that led to the reinstatement of term limits in 2019 and the institution of a second round of elections if no candidate wins a majority in the first round. With opposition supporters fragmented among seven presidential candidates, however, it is unclear how the popular desire for change will translate at the ballot box. The lack of a unified opposition may create sufficient ambiguity for Faure Gnassingbé to assert a first-round victory (requiring 50 percent of the vote), even though he is deeply unpopular and the Togolese economy is stagnant.

Civil society organizations had also requested that the results be announced by voting precinct to increase transparency. However, CENI has opted to maintain a reporting system in which local electoral commissions send their results to CENI headquarters, which will then announce the results. This centralized approach creates more opportunity for rigging, especially with the expected fragmentation of the first-round vote. Civil society and the opposition coalition—the Forces for Democratic Consensus in Togo—had called for large protests to be held on February 1 to demand that their requests be reconsidered. The Ministry of Territorial Administration, however, denied permits for the protests. 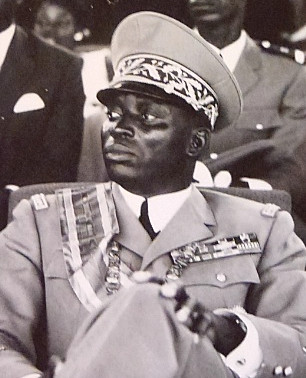 Faure Gnassingbé is competing for his fourth term in office. He assumed the presidency in 2005, after the death of his father, Gnassingbé Eyadéma. In 2002, the elder Gnassingbé had successfully removed term limits from the Constitution, allowing him to remain in power for more than 38 years. Collectively, the Gnassingbé family has held the presidency for 53 years.

Faure Gnassingbé was forced to reinstate term limits in 2019, following almost 2 years of sustained protests against his rule. The constitutional amendment that reinstated the term limits excluded the sitting president, however, effectively resetting the term-limit clock. As a result, Faure Gnassingbé could theoretically win two more terms in office—assuming the limit is not further modified.

4. The Professionalism of the Security Forces

To help secure the elections, the national police and the gendarmerie formed a 10,000-strong task force called the Force de sécurité élection présidentielle (FOSEP). According to the Minister of Security and Civil Protection, General Yark Demehame, its role is to secure the entire electoral process. It is supervised by CENI and under the Minister’s operational control. FOSEP has instructed its members to respect all the relevant laws, promote calm, and remain strictly neutral. Nonetheless, FOSEP has not been filing its required daily incident reports, casting doubt on its neutrality and accountability.

Overall, the security forces are largely considered partial to Gnassingbé. Seventy percent of the military are from his Kabye ethnic group, despite the fact that the group makes up only a quarter of the population. Given that security forces have, at times, responded with deadly force to previous protests, it is unclear how FOSEP would handle any postelection demonstrations that may arise.

5. The Role of ECOWAS

Since the electoral process in Togo is already flawed, ECOWAS will be under great scrutiny to take a tough stance if Faure Gnassingbé is declared the victor in the first round.

Despite having taken steps to enforce term limits in several of its member states—most notably in The Gambia in 2017—the Economic Community of West African States (ECOWAS) has been surprisingly quiet in upholding democratic norms in Togo. While it deployed a small observation mission for the much-delayed December 2018 legislative elections, it has not done so for the upcoming presidential vote. Its assessment of the legislative elections, which the opposition boycotted and which saw record-low participation rates, was that the polls had been conducted in a calm and transparent way. The regional bloc merely deplored the opposition’s absence.

For the 2020 presidential election, ECOWAS simply joined a UN pre-election mission in November-December 2019 to look at preparations for the elections and held a workshop on January 25, 2020. After the workshop, ECOWAS and the UN Office for West Africa (UNOWA) released a statement that called for all stakeholders to refrain from violence and use judicial means to solve any issues that arise. In a separate statement, UNOWA’s head, Ibn Chambas, reminded Togolese authorities that they must set an example for the five other West African countries organizing elections in 2020.

Since the electoral process in Togo is already flawed, ECOWAS will be under great scrutiny to take a tough stance if Faure Gnassingbé is declared the victor in the first round. If not, ECOWAS’s hard-earned reputation as Africa’s most capable and respected subregional body will be significantly tainted.