Militant Islamist group activity in Africa continues to be highly context-specific. Those with strong local ties have shown considerable resilience, while ISIS has struggled to gain traction in the Maghreb. 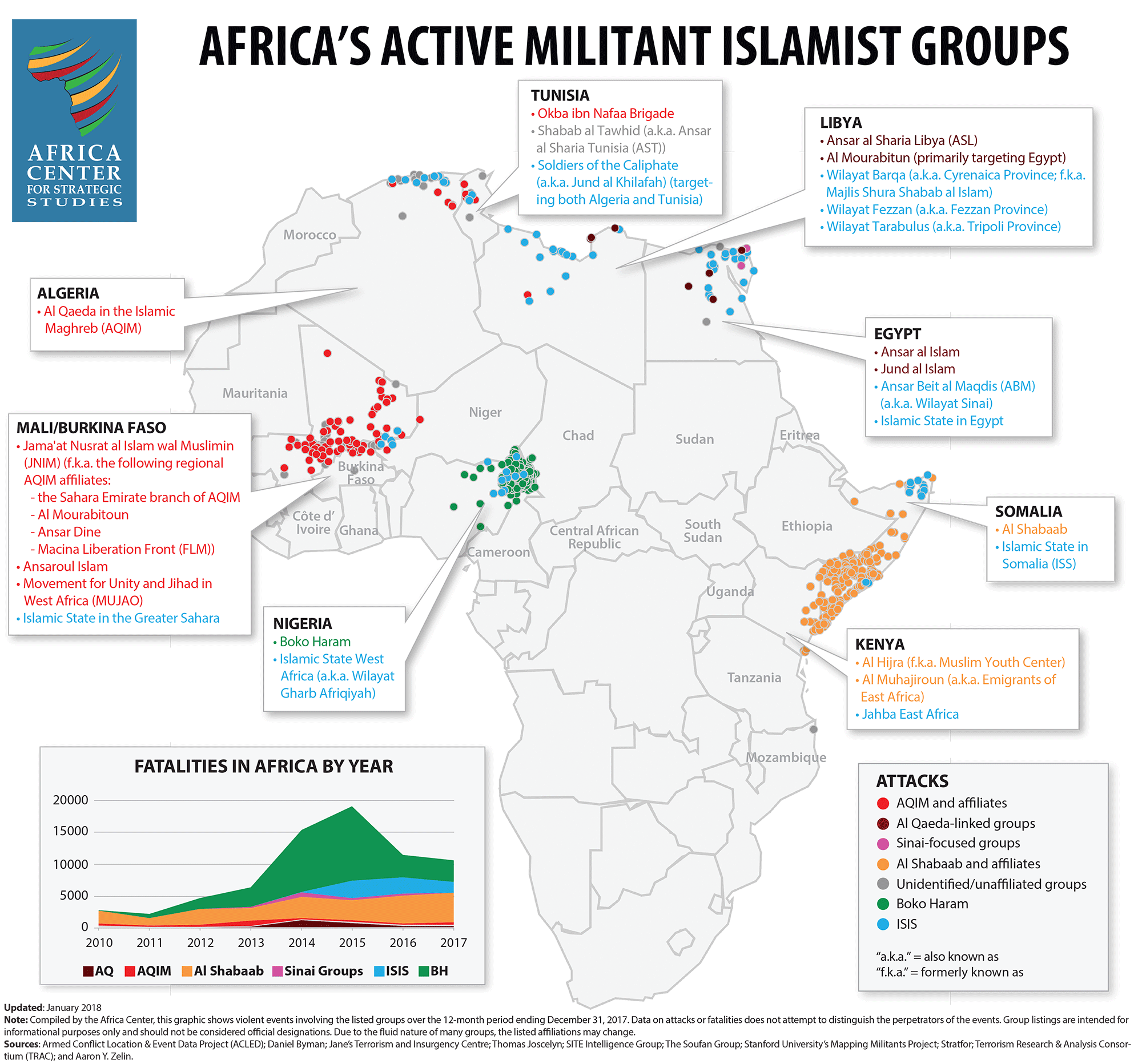 A review of violent events involving militant Islamist groups in Africa in 2017 reveals the following trends: