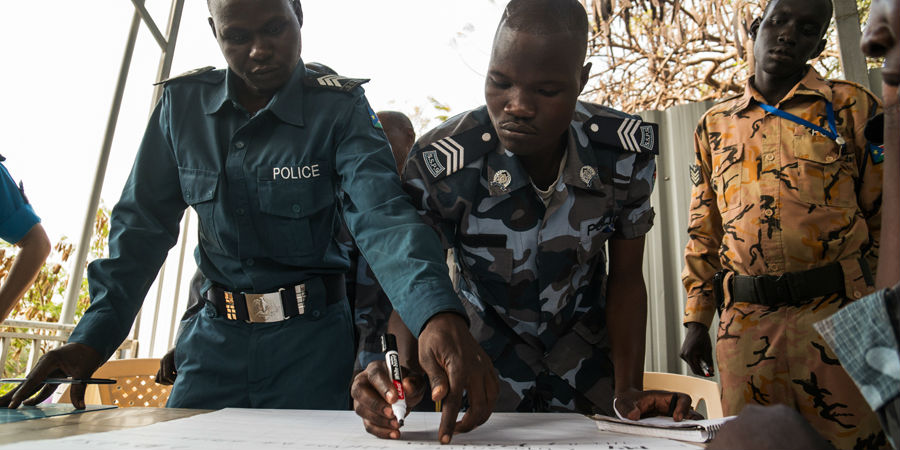 South Sudan’s police force, the South Sudan National Police Service (SSNPS) faces numerous challenges as it seeks to provide internal security across the counties. The SSNPS’ size, force structure, command and control, and current deployment is difficult to ascertain since the ongoing conflict has led both to the integration of previous militia members and to widespread defections. Training for the SSNPS has been marred by abuse and sexual violence scandals. Finally, the force suffers from cronyism in promotions, reportedly widespread substance abuse, and a culture of impunity. A clearer delineation of the police and the army’s roles is required. Donor efforts to address similar problems in the Army have relegated the police to a secondary priority.