Although the sea is a source of great wealth for Africa, piracy, narcotics trafficking, arms smuggling, and other transnational threats present a significant threat to the continent’s security, jobs, food supply, and trade. The Africa Center for Strategic Studies has compiled a collection of analyses, research, and lectures that present challenges of and methods for securing the maritime domain.

Africa Is an Island: Maritime Safety and Security

By the Africa Center for Strategic Studies
July 27, 2016

This toolkit is intended to assist policymakers and practitioners as they navigate the process of developing maritime national security strategies in Africa.

Assis Malaquias, Professor and Academic Chair, Defense Economics and Resource Management at the Africa Center for Strategic Studies, discusses maritime security at the African Center’s Senior Leaders Seminar in May 2016.

Ian Ralby, Adjunct Professor of Maritime Law and Security at the Africa Center for Strategic Studies, goes beyond a conceptual discussion of maritime issues to analyze specific examples of threat trends in North, East, and West Africa and the process and results of the international response at the African Center’s Senior Leaders Seminar in May 2016.

Africa’s 16,000-mile coastline gives two-thirds of its countries direct access to a sea of riches. The maritime domain offers enormous earning potential through fishing and tourism. It serves as a major cultural reference point and a vital source of livelihoods for both coastal and inland communities.

By the Africa Center for Strategic Studies
July 30, 2015

One fundamental security challenge Nigeria’s leaders must face lies at sea because he security of the Gulf of Guinea is integral to the country’s economic health. 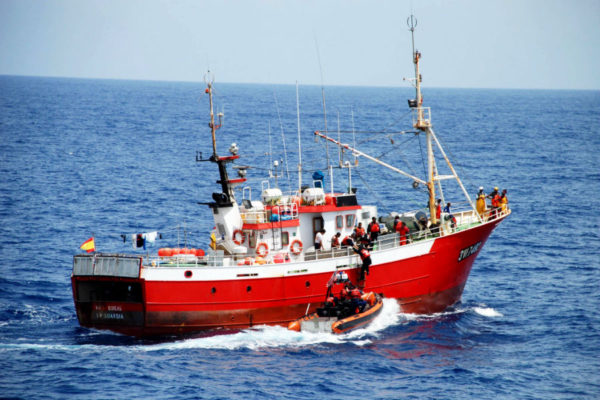 Combating Piracy in the Gulf of Guinea

Stronger national, regional, and international political commitments are needed to reverse the worsening trend of maritime insecurity in the Gulf of Guinea.

Expert to African Leaders: Do Not Ignore the Maritime Domain

“Maritime security is an integral part of a nation’s overall economic performance,” maritime security expert Loïc Moudouma said in a seminar held at the Africa Center for Strategic Studies. He was speaking to a gathering of senior U.S. officials, academics and researchers and members of the African diplomatic corps.

Piracy, illegal fishing, and narcotics and human trafficking are growing rapidly in Africa and represent an increasingly central component of the threat matrix facing the continent. However, African states’ maritime security structures are often misaligned with the challenges posed and need coast guard capabilities and an array of intra-governmental partnerships.