Salafism in the Maghreb: Politics, Piety, and Militancy 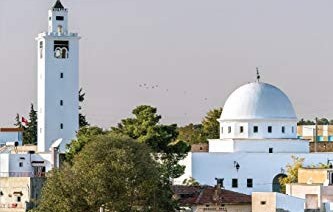 The Arab Maghreb-the long stretch of North Africa that expands from Libya to Mauritania-is a vitally important region that impacts the security and politics of Europe, sub-Saharan Africa, and the broader Middle East. As Middle East scholars Frederic Wehrey and Anouar Boukhars show in Salafism in the Maghreb, it is also home to the conservative, literalist interpretation of Islam known as Salafism, which has emerged as a major social and political force. Through extensive interviews and fieldwork, Wehrey and Boukhars examine the many roles and manifestations of Salafism in the Maghreb, looking at the relationship between Salafism and the Maghreb’s ruling regimes, as well as competing Islamist currents, increasingly youthful populations, and communal groups like tribes and ethno-linguistic minorities. They pay particular attention to how seemingly immutable Salafi ideology is often shaped by local contexts and opportunities. Informed by rigorous research, deep empathy, and unparalleled access to Salafi adherents, clerics, politicians, and militants, Salafism in the Maghreb offers a definitive account of this important Islamist current.