How Russia is pursuing state capture in Africa

While projecting the image of a Great Power, Russia relies on asymmetric tactics to gain influence and pursue its strategic objectives in Africa. 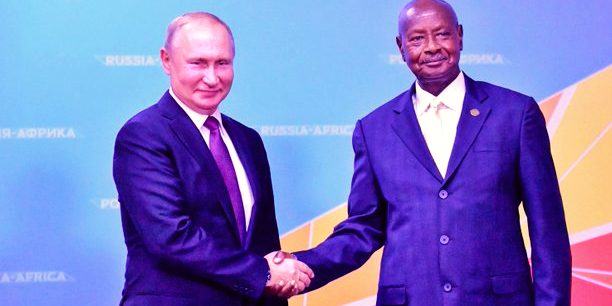 (Photo: Office of the President of Uganda)

Russia has increased its influence in Africa by capturing the allegiance of politically isolated leaders. But rather than solely pursuing private sector interests, relationships are sought to serve Moscow’s geopolitical agenda. With Russia expected to intensify African collaborations to mitigate international isolation following its invasion of Ukraine, African civil society should push for greater governance and accountability.

State capture is a particularly nefarious form of systemic corruption, which has defined certain African countries in recent years. It entails private individuals gaining such a profound influence over senior officials that state institutions prioritise the welfare of those private interests over the public good.

There is a triangular pattern to such arrangements. The external partners and the colluding political actors profit handsomely – while the public foots the bill.