With the end of apartheid, South Africa needed a new national security vision. South Africa’s 1996 White Paper on Defense and 1998 Defense Review were not merely technocratic exercises, therefore, but “assisted the nation in moving beyond apartheid,” according to Helmoed Heitman. They “allowed South Africa to enter the 20th century with a very different approach to national security from the past.” Both processes were driven by parliament and “uniquely supported by the significant inclusion of civil society.” Ultimately they reflect a larger strategic dialogue for the nation while remaining rooted in sound technical methodology. South Africa also serves as an important case study for national security strategy development in other African countries undergoing transition.

National security strategy development usually begins with identifying the ends, ways, and means to addressing and mitigating threats—a methodology that determines what the strategy seeks to accomplish, how to accomplish it, and what resources are needed to do so. Coherence among the three is vital because if ends exceed available means, or if ways are not properly matched with ends, then the strategy cannot work. A sound strategy will also optimize force structures by matching them with an objective threat assessment, as this eliminates waste and corruption and increases effectiveness. While this technical approach is foundational, as the South Africa experience shows, any effective national security strategy process must also be married to the nation’s larger transformational goals and rely heavily on the participation and support of stakeholders. Such themes were central at the Africa Center for Strategic Studies’ recently concluded Senior Leaders Seminar involving security sector professionals from 45 African countries. 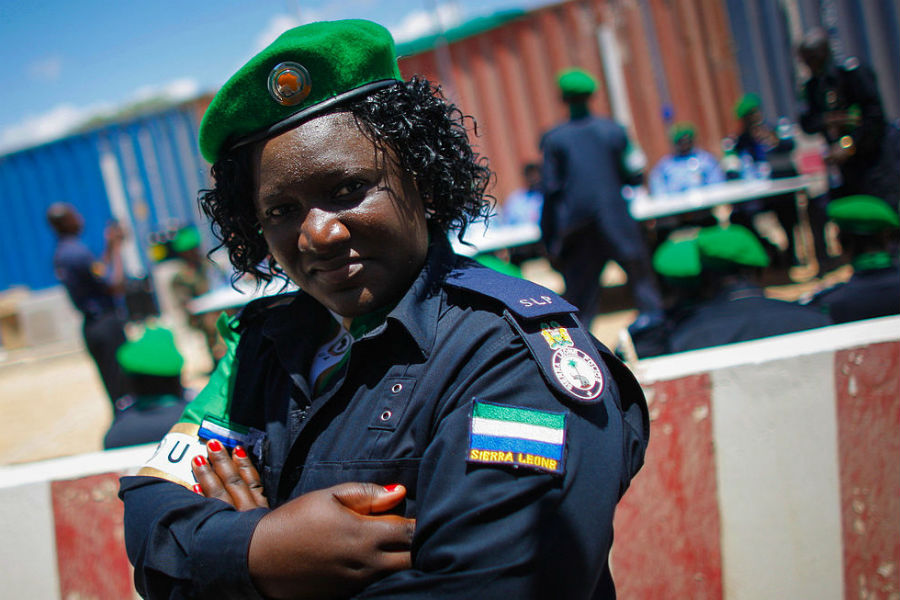 Following its brutal civil war, Sierra Leone’s process for building a national security strategy integrated dialogue and citizen input into the planning process as it sought to institutionalize a strong transitional justice framework. From the start, the Ministry of Defense pursued an inclusive and participatory process and early on created mechanisms for civilian participation and input. Next, parliament instituted procedures for civilian oversight and control to gain the confidence of a skeptical and war-battered public, granting parliamentary committees oversight of the Ministry of Defense and larger government security sector, including the new civilian Central Intelligence and Security Unit. The strategy also established an Office of National Security composed of technical and nonpartisan staff to serve as the Secretariat of the National Security Council.

Importantly, Sierra Leone’s national security strategy emphasized the link between security and development, identifying poverty and the lack of social cohesion as national security threats that would require calibrated responses that are not reliant on military instruments alone. The strategy’s focus on strong civilian oversight also validated the inclusion of civil society and articulated the role of the military in national development and reconciliation, which are viewed as the nation’s highest priorities.

At its inception in 1977, the Botswana Defense Force (BDF) did not inherit a colonial military structure, so the need and inclination for “homegrown solutions” shaped how the country’s security managers defined and responded to threats. As Botswana’s transition to independence was not marred by civil war and internal unrest, the nation’s leaders identified economic development as its major national security priority. Nowhere was this found to be more critical than in the area of wildlife and biodiversity protection. This unique perspective on security reflects Botswana’s geographic and economic realities. Its wildlife estates constitute a third of its landmass; national parks comprise 17 percent.

As a sector, tourism accounts for 12 percent of Botswana’s GDP, which at $7,240 per capita is one of the highest in Africa. Visitors to the Okavango Delta, the largest wetland habitat in the world, account for 90 percent of tourism revenue. The success of this industry was crucial in moving Botswana into the ranks of an upper middle income country. Over time, a strong consensus emerged to employ the BDF in dedicated and extensive counter-poaching operations as the optimal way to safeguard Botswana’s economic development and enhance social stability and service delivery. This unique national security approach was born out of enduring traditions of democracy, oversight, good governance, and a strong commitment to service delivery. Furthermore, it positioned the BDF to combat other illicit activities, such as human, narcotics, and weapons trafficking which can in turn feed off and finance wildlife trafficking.

Drawing from South Africa’s values-based strategy, Sierra Leone embraced an expanded view of security, linking it to development and reforming the national security system to prioritize reconciliation. For Botswana, counter-poaching missions formed part of a strategic effort that identified economic development as a core security goal. This approach shaped the size and doctrine of the BDF and its ability to undertake complex and multidimensional missions. These cases suggest that while the national security strategy process should be rooted in a sound technical methodology, it should also reflect a strategic perspective, a larger public dialogue, as well as unique national concerns. Inclusive and participatory processes are more likely to produce such assessments.