“Compatriots, fellow country men and women, Congratulations. With this agreement we have ended the longest war in Africa, 50 years of war out of 55 years of independence. Today, we bring this half a century of war to a dignified end.” 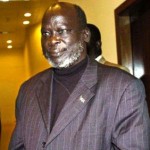 The date is January 9, 2005, and the place is Nyayo Stadium in Nairobi, Kenya. The event is the signing of the Comprehensive Peace Agreement on Sudan, or CPA, and the person proclaiming these words is Dr. John Garang De Mabior, the Chairman of the Sudan People’s Liberation Movement and Army (SPLM/SPLA). This movement was part of a legacy of rebellion that had fought successive administrations in Khartoum over a complex set of issues dating back to independence.

Mediation as a Security Strategy

Arriving at this Agreement was no easy feat. In all, 16 years of tortuous negotiations, involving numerous international partners, including the Intergovernmental Authority for Development (IGAD). Crucially, both the SPLA and the Sudanese government army recognized that they had reached a “mutually hurting military stalemate.” A negotiated settlement, however fragile, would be an outlet where the battle could take on a political form.

It was not the first time mediation was being used in this way. In Burundi, the Arusha Peace and Reconciliation Agreement of August 2000 mediated by former Tanzanian president Dr. Julius Nyerere and South Africa’s Nelson Mandela, ended a civil war that erupted in 1993 and was preceded by cycles of deadly violence, including genocide. Neither the rebels nor the Burundian government could impose a decisive military solution. While some rebel groups stayed outside the process, those who negotiated the Arusha Accords believed that their minimum goals, if not their chances at national leadership, could be secured through active participation in the process. Fink Haysom, a top member of Mandela’s mediation team and drafter of the Arusha Accords, explains: “What is more important … is the armed group’s subjective appreciation of a negotiated settlement as the first prize — as something that can actually deliver on their bottom line demands.” Mediation, as a creative process, was also used to resolve the conflict between Mozambique’s ruling Frelimo party and its arch-rival, Renamo, as well as that between the government of Joseph Kabila in the Democratic Republic of the Congo and its armed and unarmed opposition.

Despite its well-established track record however, relatively little policy attention has been given to mediation as a vital tool in the African Peace and Security Architecture. Laurie Nathan, who has been involved in several peace initiatives, from Burundi to Darfur and Madagascar, explains: “This lack of attention reflects a broader trend in international affairs which tends to emphasize peacekeeping, peacebuilding and peace enforcement without sufficient focus on international mediation.” A closer look at the instrument of mediation and how it fits into African security strategies is therefore warranted.

The African Union and Mediation

The African Union’s predecessor, the Organization of African Unity (OAU), launched its first mediation in 1964, one year after its founding, when it settled a boundary dispute between Morocco and Algeria. For the next three decades it negotiated no less than 40 mainly interstate disputes between member states. In 2002 the African Union (AU) succeeded the OAU and, mirroring the changing nature of conflict on the continent, shifted its attention to internal, as opposed to interstate conflicts. 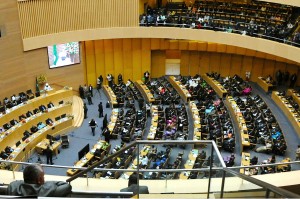 In 2007, a Panel of the Wise was inaugurated as the AU’s lead instrument for mediation and it was formally adopted as the fourth pillar of the African Peace and Security Architecture. The other three pillars are the Africa Peace Fund, the African Standby Force, and, the Continental Early Warning System. The AU’s security strategy favors dialogue as the primary mechanism for conflict resolution and therefore envisions a more influential role for the Panel of the Wise, building on the knowledge and experience gained through more than five decades of African mediation.

During the OAU’s early years, mediation tended to be ad hoc and relied heavily on the prestige and influence of serving heads of state and their designated officials. Such efforts usually took the form of summit diplomacy, the use of good offices, conference diplomacy and discreet dialogue. The Ugandan Peace Talks in 1985, hosted by former Kenyan president, Daniel Arap Moi, used the tool of conference diplomacy. Leaders of Ethiopia, Nigeria and Kenya used discrete dialogue and their convening authority to bring the Sudanese warring sides together between 1989 and 1993.

Mediation became more institutionalized when Dr. Julius Nyerere of Tanzania stepped in to mediate the Arusha peace negotiations on Burundi. Retired from office for over 10 years, Nyerere accepted the OAU’s appointment as mediator on the strict condition that he would neither act as its official representative, nor the representative of the United Nations which strongly backed his candidacy.

Nyerere would act in his own independent capacity by establishing a professional secretariat and staffing it with experts, not political functionaries. The Mwalimu Nyerere Foundation served this role, providing institutional support by collecting and analyzing information, conducting research, and developing strategies for mediation and political outreach. This new approach made the mediator accessible to the parties at all times, unsaddled by the demands of high office. The “working group format” of the talks encouraged “the parties to refine their options and forge relationships with each other.”

Nelson Mandela further institutionalized this style of mediation when he took over the process in 1999 after Nyerere’s death. He retained the Mwalimu Nyerere Foundation staff and reinforced it with an additional team of experts, many of whom worked with him during negotiations to end apartheid, including the Center for Conflict Resolution (CCR). He brought in technical specialists such as Swiss constitutional expert Julian Hottinger, Catholic leader Padre Matteo Zuppi, Mozambican Minister Francisco Madeira, and Generals Hashim Mbita of Tanzania and Vusi Masondo of South Africa, among many others. Hottinger, who also advised Nyerere, worked with Fink Haysom to develop proposals for Committee Two, which covered democracy, good governance and guiding principles and provisions for Burundi’s future constitution. Padre Zuppi, currently Archbishop of Bologna, worked with Generals Masondo and Mbita in Committee Three, which dealt with security and integration matters. Through such expertise, negotiators painstakingly worked out all the details that were to go into the final peace agreement and the new constitution. Mandela also brought in views from Burundian civil society and diaspora, something that had been missing in earlier efforts. He reached out to the African Center for the Constructive Resolution of Disputes (ACCORD) to facilitate this aspect of the peace process as an informal, track II mechanism.

The example set by Nyerere and Mandela become a “gold standard” in combining the political benefits of high-level moral leadership with the technical finesse of an independent and professional mediation secretariat. The Arusha model was used during the final stages of the Sudan peace negotiations (2002–2005). The chief mediator of these talks, Kenyan General Lazaro Sumbeiywo, brought in several experts and advisers from Mandela’s Burundi Peace Team to help him structure and navigate the process. The model was used again during the Inter-Congolese Negotiations (2001–2003) and the peace talks between the Government of Uganda and the Lord’s Resistance Army (2006–2008), both of which saw the participation of some who had worked with Mandela on Burundi.

The Arusha Agreement called for the deployment of international forces to provide security assurances. Ambassador Welile Nhlapo, then a key member of the South African facilitation team, explains that with the United Nations showing reluctance to deploy peacekeepers in the absence of a ceasefire, Mandela convinced the South African government in 2001 to deploy a 240 strong South African Protection Service Detachment. Its mission was to facilitate the return and protection of exiles and create conditions for ceasefire negotiations, the first time post-apartheid South Africa deployed forces beyond its borders. In 2003, as ceasefire talks gained momentum, the African Union deployed the African Mission in Burundi (AMIB), a one year operation in which South Africa was a major troop contributor, alongside Ethiopia and Mozambique. In 2004 this force was “rehatted” into the United Nations Mission in Burundi (ONUB) but South African regular and special forces stayed on as a separate African Union Specialist Task Force (AUSTF) until 2007.

Burundi is a classic case of how a mediation process that is well-managed, properly timed, well-connected and resourced can creatively link a negotiated settlement with the deployment of military forces as a confidence building measure. It is also a case study in how the unilateral deployment of forces into a peace process can be broadened into an African peace enforcement effort that eventually transitions into a fully-fledged UN peacekeeping mission. Crucially, these interlocking processes enabled Mandela to gradually recede from view and allowed the parties and the African Union to drive the final stages of the process. Fink Haysom explains:

In this regard the mediator is increasingly required to adopt a background role. … Ownership is not a soft, feel good consideration. It is about the hard realities of implementation and sustainability. Throughout the engagement process mediators must remember that the process must belong to the parties and that they are assisting the parties with their process, not the other way around.