As instability from the political crisis continues to worsen, Burundi refugee flows and displacement show no signs of abating. The number of registered refugees has risen 60 percent in the last year—to 423,056—escalating the political and economic costs for all of Burundi's neighbors. 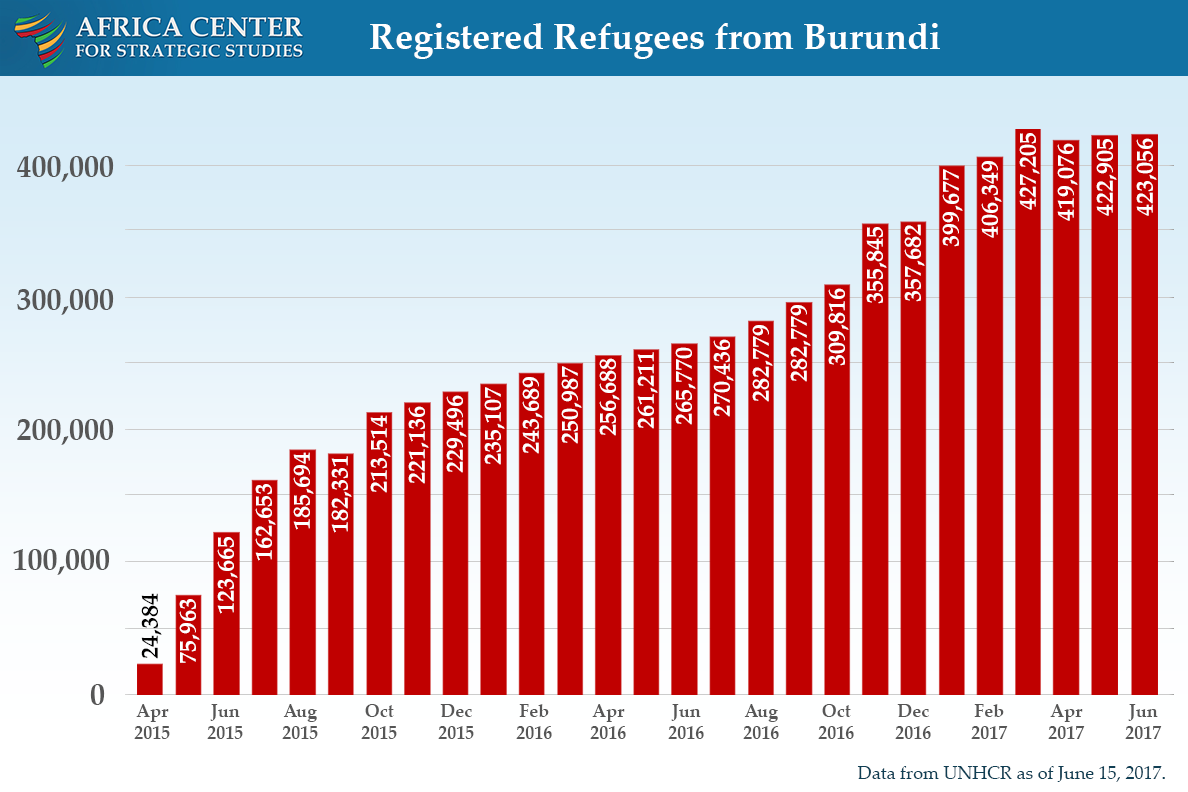 An upward surge in Burundian refugee flows in 2017 corresponds with a rise in conflict incidents, many of which have been initiated by the Imbonerakure—the ruling party’s youth militia. In June 2017, the United Nations Commission of Inquiry on Burundi documented mass atrocities on a widespread scale “reinforced by hate speech, sometimes with an ethnic dimension, delivered by certain state officials and members of the ruling party.” 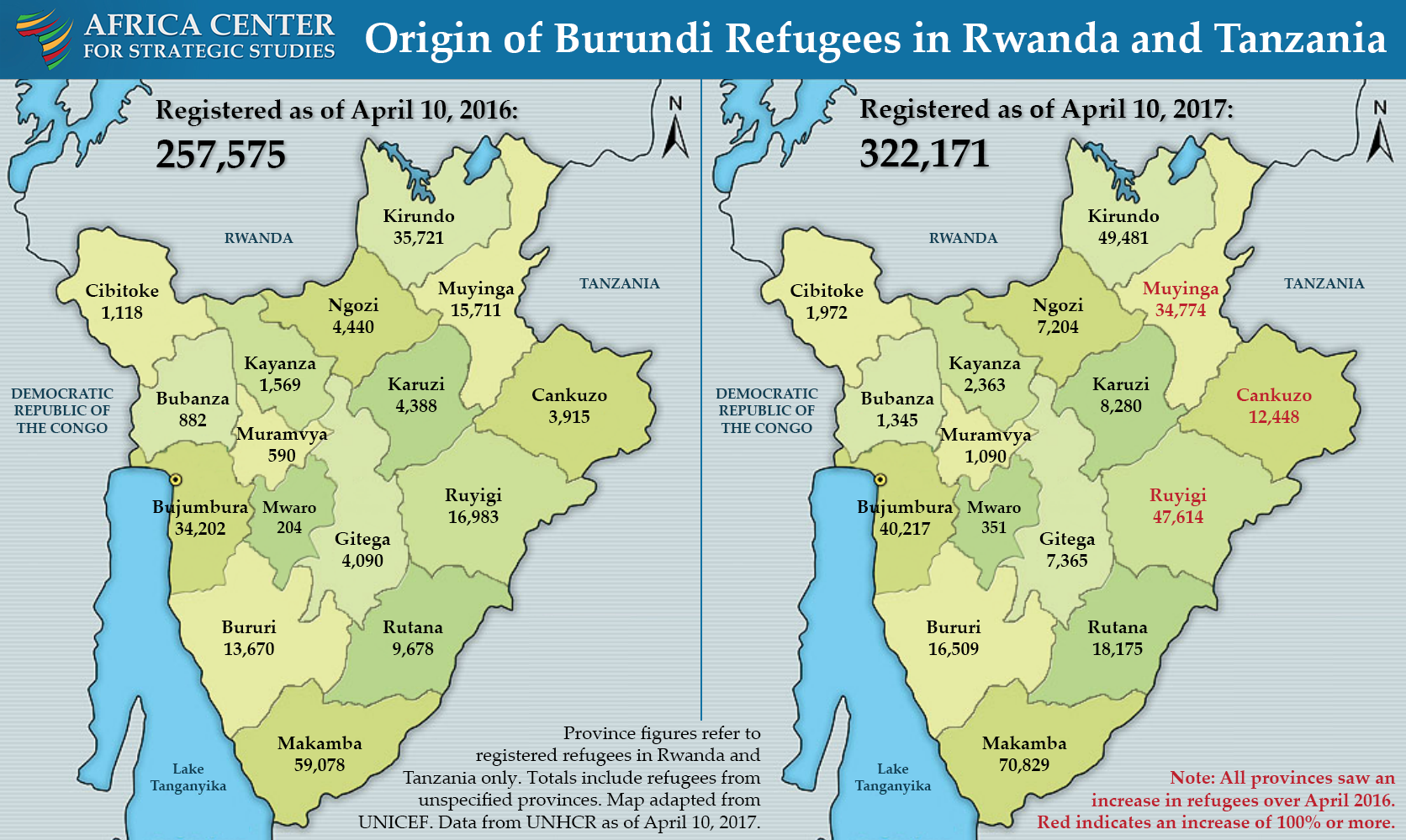 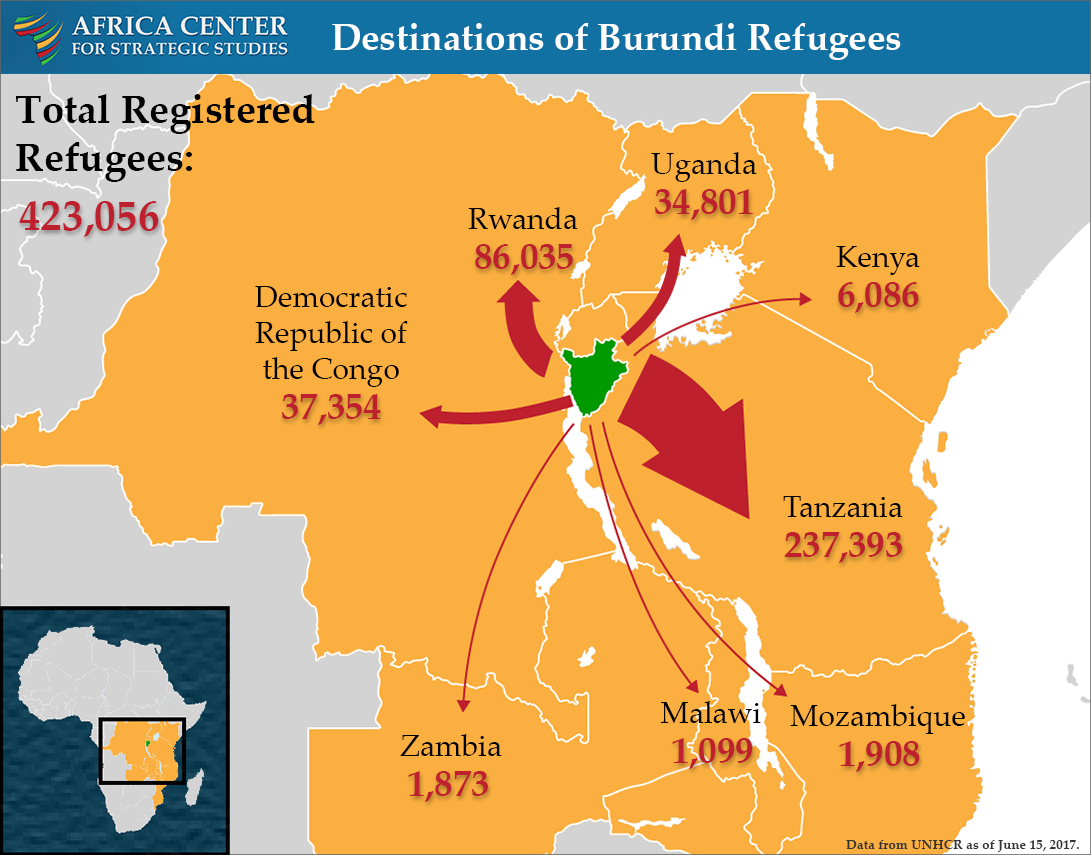