The crisis in Burundi took a dangerous turn when, after weeks of popular protests, a group of senior army officers launched a failed coup against President Nkurunziza’s bid for a third term. Protestors have since returned to the streets and insist that demonstrations will continue until the question of the third term is resolved. One of the protest leaders captured the sentiment in saying that the coup attempt was “an unwelcome interruption” taking attention away from “the core issues of governance and the need to restore the principles of the Arusha Peace and Reconciliation Agreement.” In some areas demonstrators are carrying placards reading “No to a coup d’état and no to a third term.” 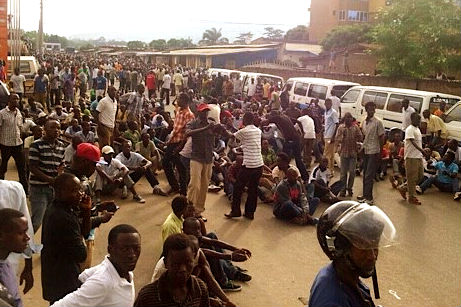 Diplomatic efforts to resolve the crisis have intensified following the coup attempt. The East African Community (EAC), bringing together Rwanda, Kenya, Tanzania, Uganda and Burundi, has appointed a Committee of Eminent Experts to work with a Committee of Elders from the Common Market of Eastern and Southern Africa (COMESA) to visit Burundi and consult with the government, military, civil society and political opposition. Ministers from EAC member countries will be visiting refugee camps hosting Burundian refugees in Rwanda and Tanzania to assess their humanitarian needs. 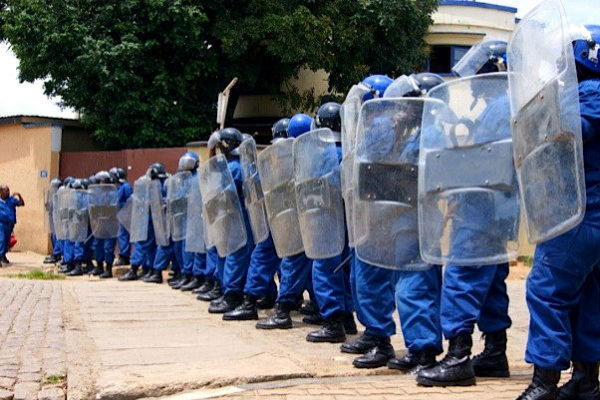 This crisis is unfolding in a context of shrinking democratic space. All private media organizations were closed down or destroyed during the fighting. Protestors continue to face arrest. Civil society, the political opposition, and dissident voices in the ruling CNDD-FDD insist that under the constitution, and the Arusha Peace Agreement on which it is based, the president cannot serve more than two terms. Supporters of President Nkurunziza insist that his first term does not count because he was appointed by parliament. The presidents of South Africa and Tanzania, co-mediators of the Arusha Agreement, have called on President Nkurunziza to step aside. The African Union (AU) and the Heads of State of the International Conference on the Great Lakes Region (ICGLR) have both called for a postponement of the elections saying that the environment in Burundi is not conducive for free and fair polls.

Under Threat: The Promise of Arusha

At risk of unraveling is the still fragile model of political inclusion, tolerance, and democratic governance created by the Arusha Agreement. Signed in 2000, this Agreement ended a brutal 13 year civil war and created a framework for democratic governance, new and inclusive national institutions, and for the first time since independence, a truly national army which transcended ethnic divisions and won admiration from Burundians for its professionalism and neutrality. It is also a major contributor to peacekeeping operations around the continent, itself an indication that it had overcome decades of sectarian divisions within its ranks.

Burundian civil society, a multi-ethnic coalition of civic groups, is championing what is called “Arusha’s Promise.” Protestors, now referring to themselves collectively as the “Arusha Movement,” view the current crisis as a larger struggle to preserve democratic space and expand the gains Burundi has made to create a more inclusive society.

The protesters’ differences with the government predate the current crisis. In early 2014, Burundi’s largest civil society grouping, the Forum for the Strengthening of Civil Society (FORSC), a coalition of more than 200 member organizations, worked with opposition lawmakers to defeat the ruling party’s attempt to change the constitution to allow the president to contest a third term. The same coalition blocked the government’s attempt to put the matter to a referendum. 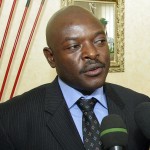 With these two avenues closed to it, the CNDD-FDD has been left to justify the fielding of President Nkurunziza as its candidate – but not before losing several of its own high-ranking members who had urged their leader to refrain from seeking a third term and were dismissed as a result. The influential Burundi Conference of Catholic Bishops, similarly, issued a rare statement calling the President’s third term bid unconstitutional.

The Bishops’ Conference has also threatened to ask Catholics to resign from the National Elections Commission if the president does not step aside as a candidate in the upcoming elections scheduled to take place on June 26. Tempering the civil society protests is the threat of violence. The ruling party’s youth league, the Imbonerakure (meaning, “those who see far”) is suspected of attacking and harassing opposition members and civilians. Some reports suggest that it has been armed and integrated into police and intelligence units and is operational throughout the country. 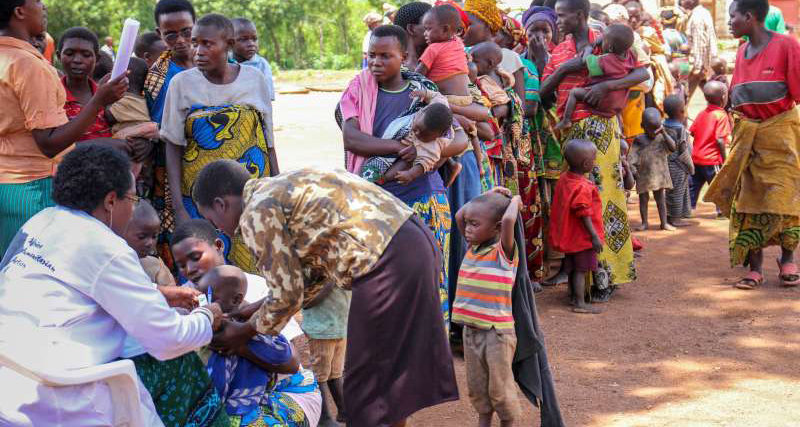 According to the UN refugee agency, over 100,000 Burundians have fled since the coup attempt, adding to the 70,000 that had already left in the weeks leading up to it. The UN says these numbers will continue to increase so long as the threat of violence persists. The refugee agency also said that many of these refugees fled alleged recruitment and intimidation by the Imbonerakure. In April, the UN High Commissioner for Human Rights warned against the rise in “extreme examples of hate speech.”

Key Actors to Navigating the Crisis 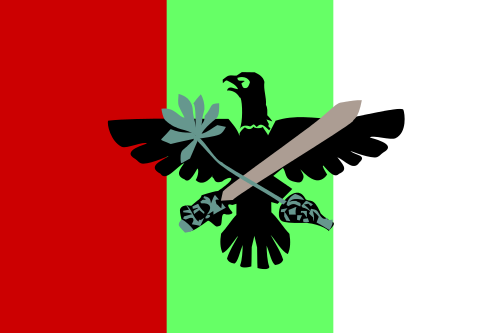 Flag of the CNDD-FDD, depicting an eagle holding a sword and cassava branch

Many are worried about whether Burundi’s multi-ethnic experiment is resilient enough to withstand the current crisis. Until now the power-sharing formulae provided in the Arusha Agreement were the basis for the structure and composition of all branches of government and for multi-ethnic accommodation. With the collapse of CNDD-FDD’s ruling coalition, civil society is likely to face significant strains to maintain its multi-ethnic character. So far, they have succeeded with members from Hutu and Tutsi neighborhoods participating in protests. As one civil society leader observed, “It is only through improved democratic space that ethnic divides will be healed.” 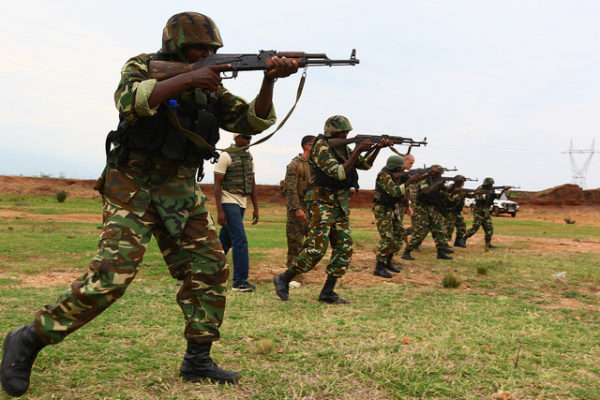 The army is the other institution that all Burundians continue to watch expectantly. Before the coup attempt, the military won praise for remaining neutral, protecting demonstrators, and for staying away from anti-riot duties. This professionalism was engendered in part by Burundi’s Security Sector Development Program which helped lay the foundations for a new and inclusive service culture and esprit de corps. Many fear that some of this trust might have been lost during fighting between army factions during the coup attempt. The major concern is that the army’s cohesion at the leadership level and down the ranks has been put under severe strain given that this important institution, once seen as a symbol of multi-ethnic integration, is now embroiled in an increasingly divisive political environment.

Burundi’s neighbors and the wider region also have responsibilities for mitigating the crisis. Tanzania was the architect of the Arusha Agreement, while South Africa played host to the ceasefire negotiations and subsequent agreements. Both countries, arguably, have a vested interest in facilitating a peaceful transition. Uganda, Rwanda, Kenya, and Tanzania, have acted as guarantors to the process and, working together with the African Union, are well-positioned to lead preventive diplomacy efforts. Rwanda’s role cannot be ignored given that it shares the same ethnic composition as Burundi and its historical lessons are culturally resonant. Burundi’s neighbors and the broader international community, consequently, are influential actors in shaping the governance norms and standards that will define Burundi’s future. 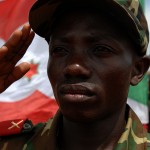 Burundi’s greatest promise lay in its attempt to move away from the exclusionary practices of its tragic past and model a new society. Ethnicity, in itself, was never the problem: Hutu, Tutsi, and their kinsmen the Twa, all share the same language and culture. Rather, it is the political manipulation of their differences in identity that has led to extreme inter-group conflicts and ultimately genocide. Fifteen years after the signing of the Arusha Agreement the country is once again at a crossroads between peace and violence.