The Africa Center mourns the passing of General Lamine Cissé, a champion for peace and security in Africa, capable military institutions, and ethical leadership.

Tributes for General Lamine Cissé have been pouring in from around the world following his death on April 19 in Dakar at the age of 80 years.

“He was a man of values and principles who served his country loyally wherever he was called,” Interior Minister Aly Ngouille Ndiaye said of the former Chief of General Staff of the Senegalese Armed Forces.

Born in 1939 in Sokone, Senegal, General Cissé had a long and distinguished career in the Senegalese military. He held positions as Inspector General of the Armed Forces from 1993-1996 and Chief of General Staff of the Armed Forces from 1996-1997, with the highest military rank bestowed upon any Senegalese Army officer. General Cissé retired from the armed forces in 1997.

In 1998, General Cissé was called out of retirement by President Abdou Diouf to serve as Minister of Interior to organize the general elections that led to Senegal’s first democratic transition.

General Lamine Cissé at the Africa Center’s Countering Violent Extremism in the Sahel workshop in Dakar, May 2013.

General Cissé was a graduate of École spéciale militaire de Saint-Cyr, France; the U.S. Army Command and General Staff College in Fort Leavenworth, Kansas; l’Institut des hautes études de défense nationale in France; and the National Defense University in Washington, DC, where he was inducted into the Hall of Fame.

In 2010, General Cissé became the first non-American Honoris Causa from the National Defense University. Other commendations awarded to General Cissé include:

General Cissé was also a long-time friend of the Africa Center for Strategic Studies. Through this collaboration, General Cissé was able to share his wisdom, experience, and leadership principles to the next generation of African security sector professionals. Over the course of the Center’s 20 years, he participated in more than two dozen Africa Center events as an organizer, facilitator, and guest speaker. He was also the president of the Senegal Chapter of the Africa Center for Strategic Studies’ community chapters. 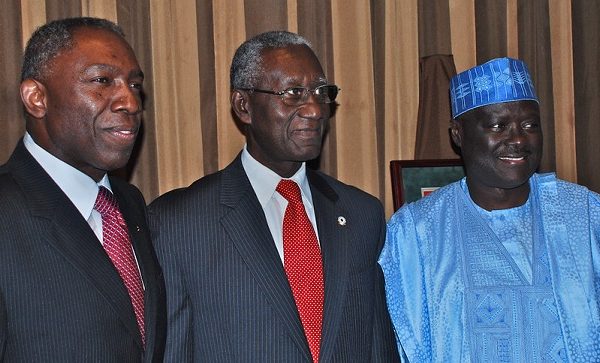 Asked what advice he has for the next generation of African security sector leaders, General Cisse said “in order to chart a path toward peace, security, and development for the continent, African leaders must concomitantly address security challenges alongside social ones. The challenge for African leaders is mainly to fight on both fronts.”

In 2008, General Lamine Cissé received the Africa Center for Strategic Studies’ Visionary award for his achievement in promoting security, good governance, and democracy in Africa. “Peace and stability are requirements for any long-term prosperity, which is in turn a requirement for democracy,” Cissé said at the award ceremony.

General Cissé’s enthusiasm for raising the standard of African military professionalism never waned as he remained active in supporting Africa Center events. As always, he brought energy, intellect, civility, and dignity. His legacy will be carried on by all of us he touched.