By Africa Center for Strategic Studies

In this edition of Ask the Expert, Dr. Hussein Solomon, a leading expert on militant Islam and counterterrorism strategies in Africa—who lectures at the Department of Political Sciences at the University of the Free State in South Africa—assesses the state of fundamentalism on the continent. 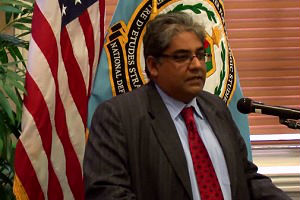 Violence by Islamist insurgents in northern Nigeria and northern Mali continues to attract international attention. Boko Haram, which wants an Islamic state in religiously mixed Nigeria, has killed hundreds in gun and bomb attacks since it intensified its insurgency two years ago. Its fighters operate across northern Nigeria and in neighboring states Chad, Niger, and Cameroon. In northern Mali, Al Qaeda in the Islamic Maghreb, Ansar El Dine, and the Movement for Unity and Jihad in West Africa all operate in a region of the size of Texas. At the same time, increased cooperation between radical groups across borders is threatening the overall security of several countries from the Gulf of Guinea to the Sahel region.

In this edition of Ask the Expert, Dr. Hussein Solomon, a leading expert on militant Islam and counterterrorism strategies in Africa—who lectures at the Department of Political Sciences at the University of the Free State in South Africa—assesses the state of fundamentalism on the continent. He also explains why Africa’s security challenges have become a global concern, and why Westerners grappling with Islamist movements need to keep a sharp eye on the situation.

Q: Is the threat of Islamic militancy growing in Africa?

Hussein Solomon: I believe it is—not only in Somalia, Mali, and Nigeria, but also in post-Gaddafi Libya, post-Arab Spring Egypt and Tunisia and even in Kenya, Tanzania, and South Africa

Q: What factors will determine whether or not militant Islam will continue to pose a significant risk to security and stability on the continent?

HS: The fragility and the inherently corrupt nature of the African state provide fertile grounds for the growth of militant Islam. Islamists piggyback on existing social cleavages in society, such as ethnicity in Nigeria and Mali (Hausa-Fulani and Tuaregs respectively) and clan identity in Somalia. The corrupt nature of the polity, on the other hand, provides them with the means to frustrate counter-terrorism efforts through corrupt elements in the security forces.

Q: Are there any significant similarities between Boko Haram and other militant Islamist groups operating in the Sahel or in East Africa? Is there any evidence that these movements may be linked on any level?

HS: Whilst each of these Islamist movements developed largely as a result of local context, they have increasingly morphed from sub-state to international terrorism. A large part of this stems from the common ideology—Salafist Wahhabism that they all share—which provides the glue amongst all these Islamists whether Al Shabaab or Boko Haram. At a practical level Boko Haram has already claimed that it has sent its members via AQIM for further military training to Afghanistan, Lebanon, Pakistan, Iraq, Mauritania, and Algeria. Evidence is also emerging that Boko Haram has ties with the Somali militant group Al Shabaab. Indeed, a spokesman for the group has claimed that Boko Haram fighters had been sent to Somalia and Yemen (Al Qaeda in the Arabian Peninsula) for further training. The training received at such camps could well account for the growing sophistication of Boko Haram’s attacks.

Whilst initial Boko Haram attacks made use of knives, machetes, bows and arrows, and petrol bombs, later attacks saw the use of suicide car bombings, improvised explosive devices—used with such dramatic effect in Afghanistan and Iraq—and synchronized assaults like those witnessed in Mumbai in November 2008. Whilst Boko Haram recruits were being trained by the likes of Al Shabaab and Al Qaeda, it should also be noted that they were also exposed to a global ideology—Al Qaedism—and this has come to influence the organization.

Such external influence over Boko Haram is witnessed in the changing choice of targets. On 26 August 2011, the group targeted the UN headquarters in the capital Abuja. Until then, Boko Haram had largely focused its attacks on local targets such as Nigerian government officials and police stations. This change of targeting might well suggest that Boko Haram is going global in much the same way that Al Shabaab has. It also reflects the influence of groups like AQIM over Boko Haram. In 2006, AQIM had similarly attacked the UN offices in Algiers. In the process, local grievances and local conditions matter less to the “new” Boko Haram. There is evidence to suggest that Boko Haram itself is already a regional entity, if one considers that its members are spread across Cameroon, Chad, Niger and Mali. The devastating consequence of this was clearly seen when Boko Haram kidnapped seven French citizens in Cameroon in March 2013 in response to the French intervention in Mali.

Q: For years, African Muslims have cultivated a peaceful interpretation of Islam, which sometimes amalgamated local culture and traditions. What accounts for the surge in Islamic militancy in Africa over the past decade? What steps can governments and international partners take to empower moderate and progressive voices in Muslim communities across Africa?

HS: For decades now radical ideologies have been making headway in African states funded by various Gulf charities and displacing more local peaceful interpretation of Islam. These radical messages are often appealing to local Muslims in the context of an uncaring and often rapacious state. At the same time local imams are often co-opted by these regimes and therefore lose credibility amongst Muslims citizens. To reverse this trend, governments need to be more responsive to ordinary citizens’ necessities and to stop the policy of co-option. Whilst moderate Muslims should be assisted to get their message out of Islam as a religion of peace, these should not become uncritical praise-singers of governments. At the same time governments need to monitor and, if necessary, prevent the dissemination of radical ideologies in their countries. International pressure also needs to be placed on various Gulf countries (and Pakistan) to curb their funding of these radical ideologues and the message of hatred.

Q: What role can the civil society or African regional organizations play?

HS: Given the inherent scarcity of resources within African states, it is imperative that all sectors of society assist in eradicating this scourge. The religious community, in general, can promote interfaith dialogue. Muslim clerics have a specific role in discrediting the message of the Islamists whilst community organizations can move pro-actively in mediating local conflicts before they escalate. The business community has a specific role to assist in funding these initiatives. As for African regional organizations, what is clear from the debacle in Mali is that the African Peace and Security Architecture with its Regional Economic Communities (RECs—more appropriately WRECKS) has proven a paper tiger. The Economic Community of West African States (ECOWAS) could not respond to the Islamist capture of northern Mali. African regional organizations have to do better and the international community would need to resource them and provide the training necessary for them to respond to terrorists threats in the future.

Q: How can African countries facing radicalism work for political reform? How can they work toward establishing a social contract in the country?

HS: This is absolutely key—creating inclusive societies and states which truly care about the welfare of its citizens. Often militant Islam is merely a vehicle for a number of grievances citizens have with their respective state. A new social contract need to be established between the political leader and citizens. Good governance with an emphasis on democratic accountability is needed to prevent further violence. African political elites have thus far resisted this. It is imperative that the international community critically engages with these and compel them to reform in the interests of their citizens and in the interests of international security. After all, in a globalizing world insecurity anywhere is a threat to security everywhere.