The examples of ethical leadership provided by Nelson Mandela and Julius Nyerere show the importance of modeling norms of conduct at the highest levels. 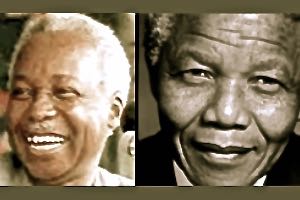 The March 2004 “Mombasa Declaration on Leadership in Africa” highlights essential principles of ethical leadership such as leaders serve their peoples and nations best when:

Sadly, the practice of such leadership principles is depressingly low on the continent. This, in turn, represents a major security risk as experience shows that stability greatly depends on effective governance institutions accountable to their citizens. Much of this hinges on ethical political and security sector leadership. Addressing this deficit is a central theme of the three week “Next Generation of African Security Sector Leaders” seminar currently being conducted by the Africa Center for Strategic Studies in Washington.

While noteworthy cases of ethical leadership in Africa are few, they are nevertheless striking. Two cases often cited in this regard are those of former Presidents Nelson Mandela of South Africa and Julius Nyerere of Tanzania. Their power of example shows how ethical leaders navigated their nations through internal divisions to stability and how ethical norms became inculcated into the security services that they left behind.

Ethical norms take root in a society through positive reinforcement of these norms by its leaders. This was central to Julius Nyerere’s leadership as many ethical norms he modeled were institutionalized in Tanzania’s political system and its political and military culture. Questions of human liberation, dignity, peace, and justice were key to his personal ethics, explained Haroub Othman, the late University of Dar Es Salaam professor and close Nyerere

associate. In private and public, Nyerere modeled a frugal lifestyle, eschewed personal wealth, and was deeply averse to the abuse of public office, Othman noted. Nelson Mandela wrote that when he visited Tanzania in 1962 to request military assistance and permission to open the headquarters of the exiled African National Congress (ANC) he was instantly and deeply impressed by Nyerere’s humility, noticing that the Tanzanian leader drove himself in a small car and lived in modest dwellings. Internationally, Nyerere identified deeply with the cause of liberation. Many of the continent’s liberation movements were headquartered in Tanzania.

The values Nyerere molded were codified in the Ujamaa (brotherhood) ideals, which provided a blueprint for the organization of the state and strategic guidance in matters of governance. At their core were several principles including honesty in public service, concern for the poor, social justice, good stewardship of public affairs, dignity of citizens, and self-reliance. Former Tanzanian President Benjamin Mkapa explains that while economic critiques of Ujamaa are plentiful, less attention has been paid to its set of personal ethics and how these were instilled in the civil service and military. This, he notes, was highly successful and long-lasting. Mkapa further explains that heavy investments were made in leadership training and education to instill these values among public sector workers. These were reinforced by Nyerere who worked hard to model those values in his personal and professional conduct. This, in turn, set the tone for government policy. Among the measures he instituted was a strict leadership code at all levels of government – and its sanctions carried the force of law. 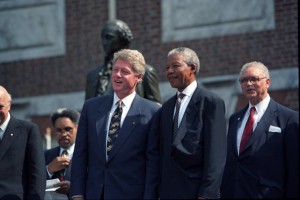 If Nyerere is considered an exemplar in modelling ethical norms by the power of example and the strategic use of state institutions, Mandela is an exemplar in modelling norms through persuasion and delegation. Mandela, according to his close friend and associate, Kader Asmal, understood that the long term acceptance of ethical leadership depended greatly on creating shared ethical norms. This approach to leadership was shaped by Mandela’s personal convictions as well as practical concerns. South Africa’s top liberation leaders were exiled in different countries and on different continents. Inside South Africa, they were incarcerated in different prisons. To overcome this, the movement adopted a less centralized approach to norm creation than that pursued by the Tanzanians. To provide leadership from the confines of prison and exile Mandela and his peers relied heavily on members taking initiative as opposed to waiting for central direction.

In the process, a culture of “collective leadership” and “shared ethics” took root among political leaders and members of the ANC military wing. Furthermore, since the ANC did not control state institutions in which ideals could be given effect as was the case in Tanzania, the ANC modeled its leadership ethics during the course of the struggle. This approach carried over to when Mandela entered office as president according to his successor, Thabo Mbeki. While setting forth broad principles, he left the day-to-day leadership and implementation to younger colleagues. In the process, he helped create a culture of “leadership rejuvenation” and “initiative” that remained embedded in the ANC’s traditions. Mbeki notes that Mandela and his fellow ANC leaders also modelled strong personal ethics. “At all times they understood the need to inspire confidence among those of us who were following them by paying very close attention to the manner in which they conducted themselves in private and in public.”

Nyerere used various tools to instill ethical norms such as the national youth service program, the civil service leadership academy (popularly known as “Kivukoni”), and by opening the country’s top military academies to civilian students to foster norm-sharing across civil-military sectors. Tanzania’s strong culture of civil military relations and civilian control of the army are legacies of these efforts. 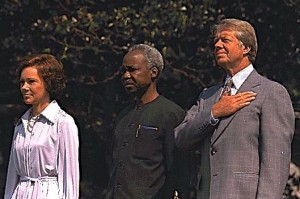 Nyerere, however, is best remembered for instilling the culture of the peaceful transfer of power. He voluntarily left office in 1985, at the height of the Cold War, when one-party states were the norm. According to Professor Issa Shijvi, a close associate, the former president told senior colleagues: “I am convinced that the national need for a change of leadership is much greater than the need for my continued service at the helm.” Nyerere “might have stayed on without opposition,” suggests Haroub Othman, “but he vacated on his own accord, despite being in full control of the state and the military. He even brushed aside uncertainty and tension in the government and military about the prospect of leadership without him.”

Nyerere’s example of stepping down from power has been followed by all his successors and is now deeply embedded in the Tanzanian political psyche and heavily inculcated in the Tanzanian armed forces. This was not a foregone conclusion, however, explains Abillah Omari. When Nyerere left office, he was revered by the army and many feared that it would not be loyal to a new leadership. The next major test came in 1992 with the introduction of multi-party politics. The new constitution required the separation of ruling party, military, and government apparatuses – a process that reduced the army’s political influence and created fears that it might intervene to protect its corporate interests.

Omari explains that the shared personal ethics created over time in the military won the day and as a result Tanzanians were spared the chaos that afflicted so many other African countries during the conversion to competitive politics. “Poor as we are, overthrowing the civil power and abusing term limit provisions are simply taboo in our political culture and we have Nyerere to thank for that” noted Nicholas Mgaya, a prominent Tanzanian trade union leader.

Mandela is mostly remembered for creating what some have called a “cult of reconciliation” in South Africa’s emergent political culture. This process began nine years before his release from prison when he decided to “reach out to the enemy” to explore common ground, explains his fellow inmate, Ahmed Kathrada. Another close friend, John Carlin, explains that Mandela held no less than 70 secret meetings with apartheid officials during his imprisonment, going so far as to teach himself Afrikaans to gain a better understanding of his adversaries. These tentative steps were informed by Mandela’s personal belief that the protagonists in South Africa’s conflict shared a common heritage as South Africans and they alone needed to solve it, explains Thabo Mbeki. Mandela noted that there were skeptics at every turn, including close colleagues. Yet, he persisted because “there are times when the leader must have the moral courage to break ranks and take an organization in a different and infinitely more beneficial direction.”

Mandela is also remembered for using symbolism to promote reconciliation objectives such as when he visited the widow of apartheid’s architect, Hendrik Verwood. Another striking example of the role of symbolism in ethical norm creation was his tradition of leaving the ANC’s archenemy, the opposition Inkatha Freedom Party leader, Mangosuthu Buthelezi, as Acting President every time Mandela was absent. Indeed, South Africa’s October 1998 military intervention to reverse a coup in Lesotho was ordered by Buthelezi while acting as president. These orders were promptly obeyed by a military that was still undergoing a sensitive racial integration process and struggling to find unifying military values after years of enmity.

The major lesson from the striking examples of ethical leadership provided by Mandela and Nyerere is the importance of modelling norms of behavior and conduct at the top leadership level. Former Tanzanian President, Benjamin Mkapa aptly captured this when he said: “more than anything else, Nyerere’s moral influence and integrity in getting things done depended squarely on his power of example.”