Recent weeks have revealed a long-building crisis of African migration. In South Africa, xenophobic attacks against mainly African immigrants erupted across several cities prompting the South African government to deploy the military as a deterrent. Following the terrorist attack in the northeastern town of Garissa, the Kenyan government has told the United Nations to close down the Dadaab refugee camp, which houses close to 450,000 Somali refugees. In the Mediterranean, warmer weather has brought a steady stream of vessels transporting migrants desperately attempting to enter Europe. The capsizing of a ship off the coast of Libya, killing an estimated 850 would-be refugees, represents the single worst migrant disaster in the Mediterranean. Many of those trying to make the crossing are fleeing conflict and political repression in places like South Sudan, Eritrea, and Ethiopia. 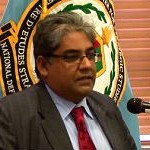 Hussein Solomon, a Senior Professor in the Department of Political Science at the University of the Free State, South Africa, discusses some of the underlying causes as well as the strategic trends underlying these developments and their policy implications.

1. What are the underlying causes of the attacks we have seen in recent days against African and Asian immigrants in South Africa?

This issue of xenophobia is not something new. It has been going on since 1986 in South Africa. It has a lot to do with the worsening economic situation, especially amongst black South Africans and an envy when they see foreigners doing better than they are. It is also a failure on the part of the South African government which, since 1996, has been refusing to acknowledge that there is a problem in South Africa on this issue. With each criminal act committed by a foreigner, too, attitudes amongst South Africans are hardening towards foreigners. This is similar to the wave of Islamophobia in Europe following the attack on the Charlie Hebdo offices in Paris.

2. What are the larger strategic trend lines in patterns of migration and immigration in Africa and between the continent and Europe? 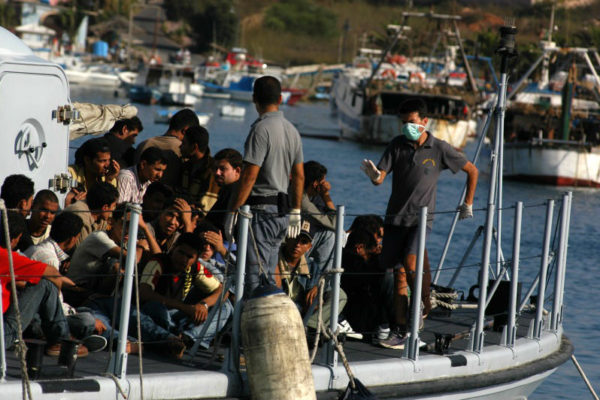 When examining push factors you need to understand that those attempting to enter Europe are largely fleeing conflict zones – Libya and Syria – and therefore can legitimately be viewed as refugees under the 1951 UN Refugee Convention with all the protections it affords. This will continue to occur for the foreseeable future since I do not see things getting better in either Syria or Libya in the short-term. Indeed one may well start seeing people coming to Europe from other parts of North Africa – specifically Egypt and Tunisia. In the case of Somalis moving outwards into Kenya and other countries this too has to do with the conflict inside their own country. On the other hand, people moving to South Africa are largely economic migrants seeking job opportunities here at a time when the South African economy is taking strain and where more than 50 percent of South Africa’s youth are unemployed.

3. How should the nexus between immigration, human trafficking, and illicit networks be addressed?

Certainly we have seen a growing nexus between illegal immigration, human trafficking and other illicit networks from Libya. This can be seen by the large numbers of people being moved, the number of ships involved and so forth. This points to organization. More importantly the same routes for human trafficking are being used for illicit contraband from cigarettes to drugs. The European Union (EU) needs to do much more to solve these issues: including intelligence driven operations to identify the masterminds and have them arrested, as well as bolstering the internationally recognized Libyan government to defeat its rivals so there is one central authority to bring security to Libya. In addition, more needs to be done on the part of the EU to boost patrols in the Mediterranean. Given the austerity measures in the Eurozone, patrols have actually decreased. This must be reversed. In addition, most of these migrants head to the nations of southern Europe which are economically the weakest. A better provision for burden sharing must be undertaken in Europe as a whole so that the costs are equally shared amongst Member States.

4. Given Africa’s youth bulge can we expect to see these immigration flows (and the attendant tensions) continue their upward trajectory? 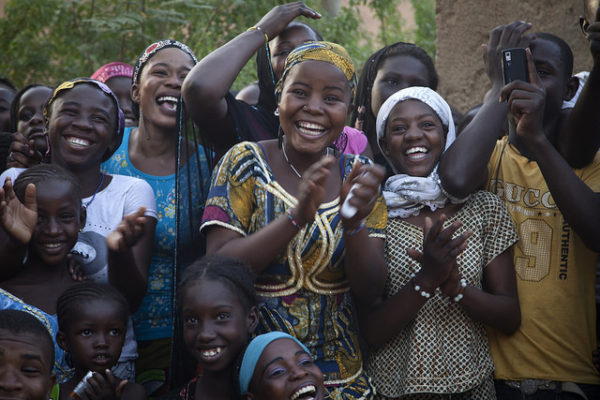 Africa’s youthful demographic pyramid in Africa, and very fragile resource base, will cause an upward trend in emigration. We are also likely see conflicts intensify – adding refugees and asylum seekers to the growing numbers of economic migrants. If one examines the data from the Pew Research Centre, one will see that population growth is highest amongst highly religious communities which raises the specter of religious conflict. Consider here the case of Jos in Nigeria. Jos has witnessed ethno-religious conflict since 2001 that has pitted Christian Berom against Muslim Hausas. At the heart of the conflict is access to fertile land at a time when the population is growing and most arable land is dwindling due to the ongoing drought. With dwindling economic opportunities and a heightened sense of religious and ethnic identities, conflicts will continue to erupt in many parts of Africa. Emigration dynamics are sure to escalate in the short to medium term.

5. What can African governments do to respond strategically to these issues?

A big part of the issue is that they need to govern for all their citizens and not for a specific grouping – be it Christian or Muslim or a particular ethnic group. Inclusive governance that is based on common citizenship should be the cornerstone of policy. African governments also need to open up the economy to small businesses because these can employ many more people than the large private sector. Governments should work with the private sector and international bodies such as the World Bank and the International Monetary Fund to develop a conducive environment for small business enterprises and entrepreneurship and this should be viewed as a strategic imperative because it has a direct impact on stability. Education, meanwhile is key to building a strong economy and it should stress good global citizenship to undermine the narrower and destructive appeal of ethno-centric nationalism or xenophobia.