Africa is more vulnerable to climate change than any other region on the planet. This map reflects a few of the ways the changing environment is straining Africa’s social systems. 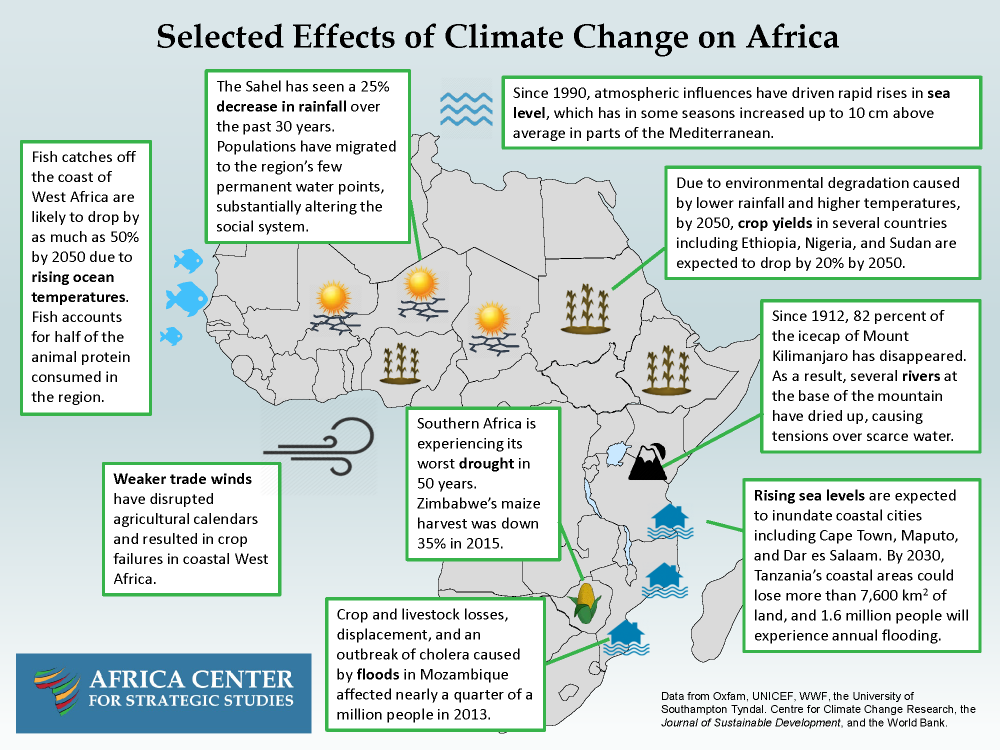 Africa is more vulnerable to climate change than any other region on the planet. Temperatures and sea levels are climbing, threatening the lives and livelihoods of people living in both arid regions and coastal areas. Migration away from the most affected areas is causing population inflows to already fragile areas, which often leads to conflict over resources, as well as changes to traditional social structures. Research has found that climate change is as a threat multiplier, exacerbating existing issues such as political instability, poverty, and unemployment. Conversely, state fragility and poor governance are two of the principle circumstances that cripple communities’ ability to adapt to climate change.

Meanwhile, Africa’s population is growing rapidly. By 2060, the number of people on the continent will balloon from the current 1.2 billion to 2.8 billion, placing even greater demands on available resources. This map reflects a few of the ways that the changing environment is straining Africa’s social systems.

More on:  Environment and Security​