Decades of conflicts in South Sudan have eroded the separation of roles and mandates between the political class and security actors, leading to a deliberate and disastrous convergence. One of the results of this entanglement is that security agencies have become central to politics, as have politicians in military and security matters. As a result, the successful courting and building of patronage-based relationships with the security agencies are crucial to surviving and thriving as a politician in South Sudan.

One main outcome of these interactions between politicians and security sector actors is the politicization of the security sector and the militarization of politics. The losers, unfortunately, are not the actors, politicians, or military men and women, but rather South Sudan’s citizens and the state institutions, structures, and systems that can be adjudged to be too deformed for reform. The security sector’s core structures and oversight bodies are too weak to deliver on mandates.

This mutually “beneficial” relationship creates a vested interest in the status quo, bringing into question the willingness and ability of local actors to stabilize and reform the security sector. This unwillingness to reform puts into question the viability of short-term, conventional security sector reform (SSR) initiatives to address the perennial security and political instability in South Sudan. Similarly, in light of the complex nature of the security challenges facing the country—created in part by the blurred lines between security and political sectors—a short- to medium-term focus on security sector stabilization (SSS) is warranted instead.

The Prerequisites for Security Sector Reforms

Reforming the security sector of any society presupposes the existence of some sort of structures, institutions, and personnel responsible for providing and managing public and state security. Such a security system should entail functions of accountability and oversight, defense, intelligence, and security services, integrated border management, police, justice, private security and military companies, and civil society, constituting a holistic system.1 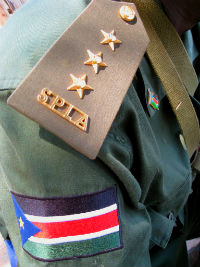 When these structures, institutions, and personnel are rendered unable or unwilling to deliver, by dint of structural or nonstructural challenges, then the need for reform is apparent. Comparing the image of a professional, affordable, and accountable security system with what exists in South Sudan leads to the unavoidable conclusion that what subsists in South Sudan merely approximates a so-called security sector. Instead, all the country has are men and women with guns, able and willing to kill and destroy.

The weakness of institutions and the ethnoregional character of political mobilization and its attendant exclusionary impulses is such that even though bearing the tag of national forces, the Sudan People’s Liberation Army (SPLA) and other security services are loosely organized into different militia and proxy forces, with mutating alliances, whose allegiances are to different ethnic militia lords and politicians. Since security is often defined narrowly to equate to regime security, the security sector exists primarily to protect and project the interests of key patrons or certain ethnic groups. Therefore, even when conditions are right and the time opportune, to speak of SSR in such a context is overly ambitious.

In an environment such as the one described above, the immediate priority for South Sudan should be to create conditions necessary for security stability to enable the peace process to take root. This, in turn, lays the foundation for SSR, reconstruction, and development. This is the focus of SSS. According to the UK Stabilisation Unit:

Security sector stabilisation seeks to enable essential and minimum security and justice and in doing so protect and promote a legitimate political authority and prepare the foundations for transition to longer-term security sector reform.2

The main emphasis of SSS is on ending or preventing the resurgence of violent conflict, thereby creating a climate where people feel reasonably safe. It is characterized by the cultivation of nonviolent politics and the enabling of citizens to engage in basic economic activity across the country. This is what is possible in the South Sudan context for the next 3 years.

Another factor that recommends the SSS approach for South Sudan is SSS’ flexibility and adaptability. To succeed, SSR must meet certain criteria:

For its part, SSS dispenses with some of the elements integral to SSR. For instance, it need not be comprehensive but, rather, can be focused just on security actors—such as the armed forces and the police service—that are most critical to reducing the resurgence of violence. Furthermore, it can be led by an external actor, thereby reducing or eliminating internal rivalry between local parties. Ownership of the process could be sequenced with the eventual aim of a full transformation to a nationally led and owned SSR process.

For these reasons and considerations, it is advisable that, instead of SSR, emphasis should be on stabilization of the security situation as a short-term measure. In an environment such as the one in South Sudan—with turbulent politics, persistent political violence, and weak organizational and institutional capacity—stabilization of security is apt. In this way, the goal is to attain at least a minimum level of security, promote and protect some form of legitimate political authority, and lay a foundation for a transition to SSR in the medium to long term.

“The goal is to attain at least a minimum level of security, promote and protect some form of legitimate political authority, and lay a foundation for a transition to SSR in the medium to long term.”

Security Sector Reform in South Sudan: The Journey So Far

With few peaceful interludes, South Sudan has been at war since 1955. It is not surprising the economy in the south effectively became a war economy as society grew progressively militarized and the security sector became the most active and lucrative sector. Ethnic rivalries fueled ethnic factionalism and led to proliferation of armed groups, most of which were excluded from the peace talks that led to the Comprehensive Peace Agreement (CPA) between the Sudan People’s Liberation Movement (SPLM) and the Government of Sudan. 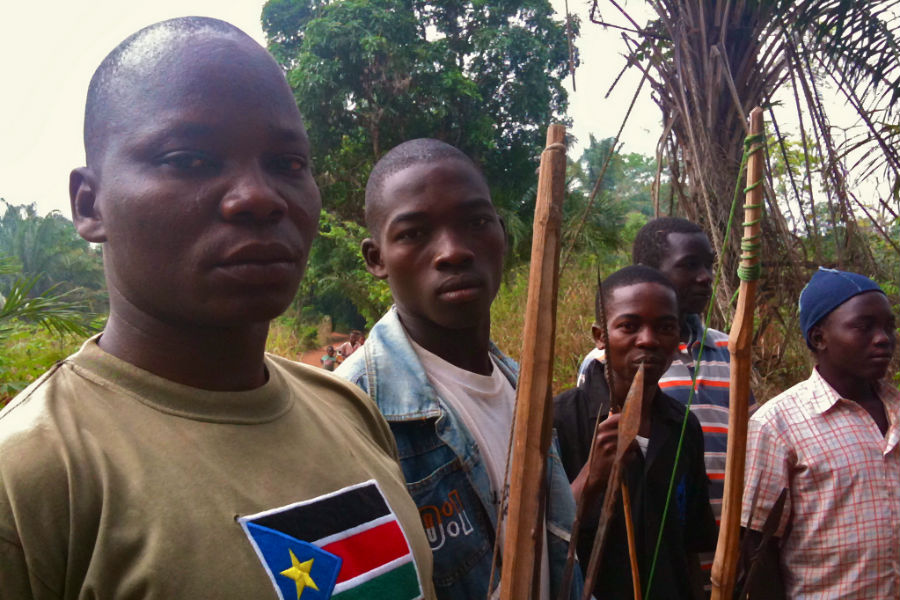 These armed groups became a major destabilizing force in post-CPA Southern Sudan. Afraid that these militias might jeopardize the independence referendum, the Government of Southern Sudan granted amnesty to and then “integrated” into the SPLA thousands of irregular combatants from different militia groups. As a consequence, the SPLA became bloated, costly to maintain, and unprofessional. Any semblance of its character as a national army disappeared.

Even though international SSR actors knew that anything less than disbanding the SPLA and building a new national army from scratch would not amount to much, they proceeded anyway, investing resources in SSR, motivated by fears that the proliferation of militias constituted a new source of insecurity. In the end, because of factors internal and external to the SPLA, SSR failed to achieve its primary goals. For this reason, it was easy for the SPLA to splinter into factions when the political conflict within the SPLM spread to the Army. It is conceivable that a reformed, more coherent national army could have held together even as political leaders differed over Kiir’s handling of South Sudan’s succession.

The December 2013 civil war further fractured the SPLA along its historical fault lines—ethnoregional and patrimonial. The war stripped the SPLA of any national colors it might have maintained during the days of liberation. The brief interlude of peace in 2015 presented a second chance to reform, even disband the SPLA and to build a new national army. A combination of factors—the slow constitution of the Transitional Government of National Unity, persistent violence including the targeting of civilians in Juba in July of 2016, and uneven implementation of the Agreement on Resolution of Conflict in the Republic of South Sudan (ARCSS)—meant that little progress was made in relation to building the foundation for security sector reforms.

It is no longer tenable to build a national security architecture for South Sudan on the existing security infrastructure. The history of the country, the less than impressive reputation of the current security sector, and the ethnicization of interactions between security actors and local political structures make a strong a case for building a new national security force from a clean slate. The starting point for security stabilization in South Sudan must be rebuilding, not replenishing or patching up, the security sector. To rebuild a new security sector the slate must be wiped clean.

“To rebuild a new security sector the slate must be wiped clean.”

A Multinational Security Stabilization Force (MSSF) needs to be established in its place by the African Union with the support of the United Nations and broader international community. Three-quarters of the cost of the MSSF should be borne by the South Sudan national budget, and the remaining through multilateral facilities. The mandate of the MSSF should be focused on core security services—armed forces and police services. In the event of a serious internal or external security challenge to the performance or the mandate of the MSSF, bilateral support—akin to the intervention by Britain in Sierra Leone in 2000, or France’s deployment to Mali in 2012, or the Force Intervention Brigade (from South Africa, Malawi, and Tanzania) in the Democratic Republic of the Congo in 2013—will be required. Such an offensive surge capability should be factored into the mandate of the MSSF. This mandate should not extend into rebuilding a new national security force, however.

Any effort to stabilize the security situation in South Sudan must contend with the following key challenges:

Make a policy shift from SSR to security stabilization. There is no doubt that the aim of a security sector intervention should be reforms. However, in an environment that is politically messy, fraught with challenges, and potentially nonpermissive of SSR, basic and immediate security needs cannot wait. Security stabilization is needed to reduce violence and enhance public safety in the short term. To do this, all political actors must be neutralized by demobilizing and disarming all the armed groups, including the SPLA. Once the MSSF is operational, its immediate priority must be the demobilization of all armed groups. The MSSF will have the overall mandate for the provision of security.

Deploy the MSSF to provide interim security. The neutralization of all armed actors including the SPLA should be preceded by the deployment of the MSSF to provide and manage the country’s security needs. MSSF personnel can be sourced through the transformation of the Regional Protection Force. Additional members can be drawn from components of the United Nations Mission in South Sudan.

Set up an inclusive national security commission. This commission will have the mandate to oversee recruitment of the new national army of South Sudan, ensure that the army is representative of the country’s diversity at all levels, and continue to monitor and report on progress to the legislature.

Since the current security actors carry blame for the current state of affairs, stabilization must include demobilizing and dismantling the existing security infrastructure and militias. A new national armed force must be built from the ground up. This process should include a national conversation around security strategy and must ensure there is effective oversight.

Dr. Remember Miamingi is a scholar with the South Sudan Human Rights Observatory.