With Africa's population expected to double by 2050, the rapid increase in the number of forcibly displaced Africans of the past decade will continue to expand unless key drivers are reversed. 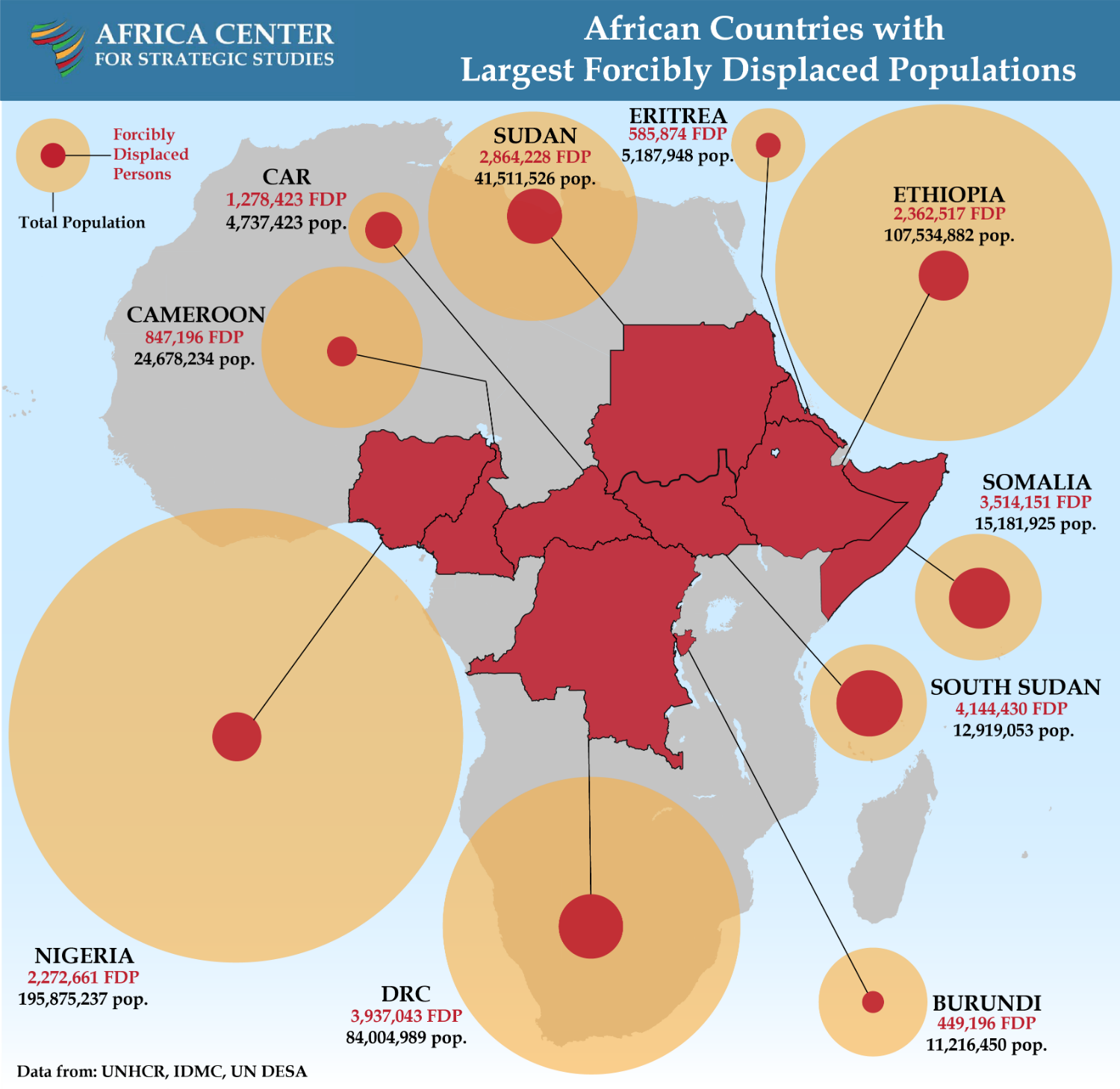 There are 27 million people in Africa who have been forcibly displaced from their homes (internally displaced, refugees, and asylum seekers). This figure is a record and nearly triple the number of a decade ago. If forced displacements continue to grow at the current rate of 1.5 million people per year, the cumulative total will double in 18 years. Nearly all of Africa’s forced displacement is a result of conflict and repressive governance.