Trafficking in persons has become a multibillion dollar business in Africa that African governments have been slow to address.

Human trafficking is a $13.1 billion annual enterprise in Africa. With the wave of migration toward the Mediterranean that started in 2014, thousands of migrants have found themselves vulnerable to trafficking and other exploitative practices. The U.S. State Department’s 2018 Trafficking in Persons Report tracks compliance with the Trafficking Victims Protection Act (TVPA). Some notable observations include:

The TVPA defines “severe forms of trafficking in persons” as:

A victim need not be physically transported from one location to another for the crime to fall within this definition. 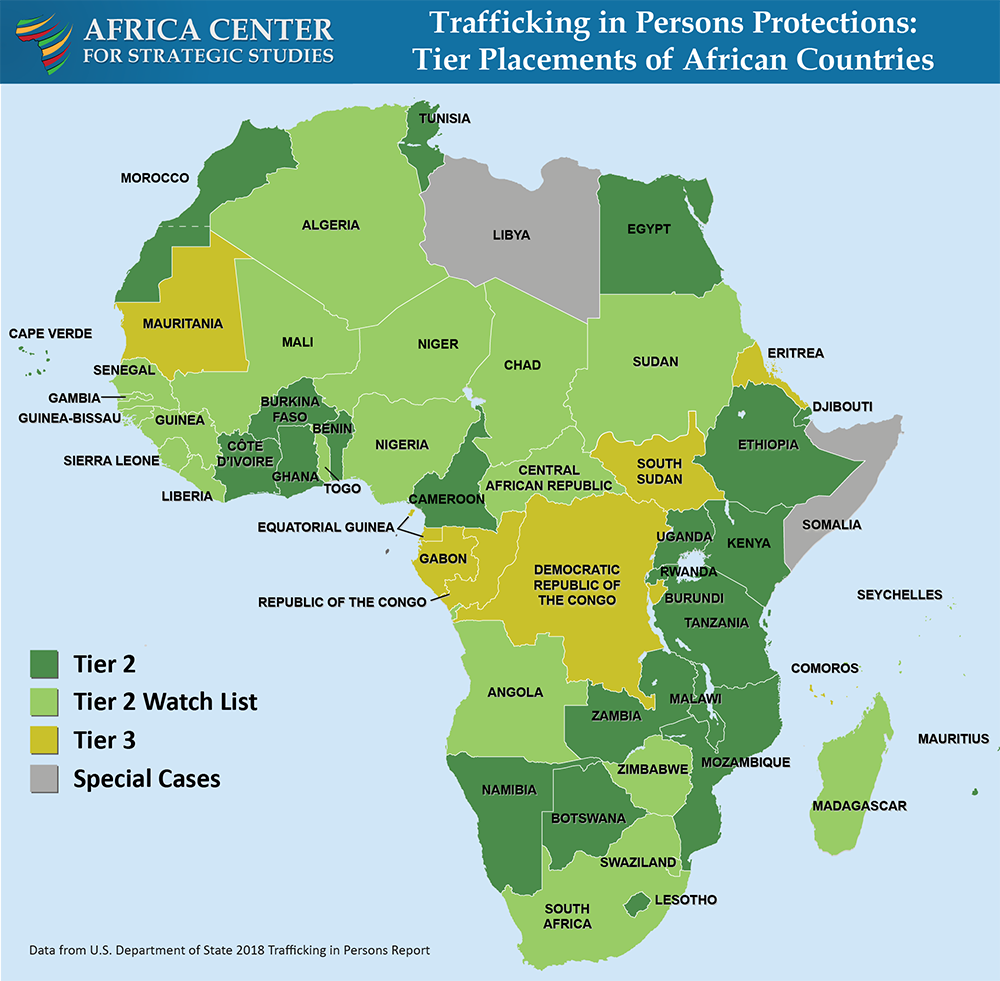 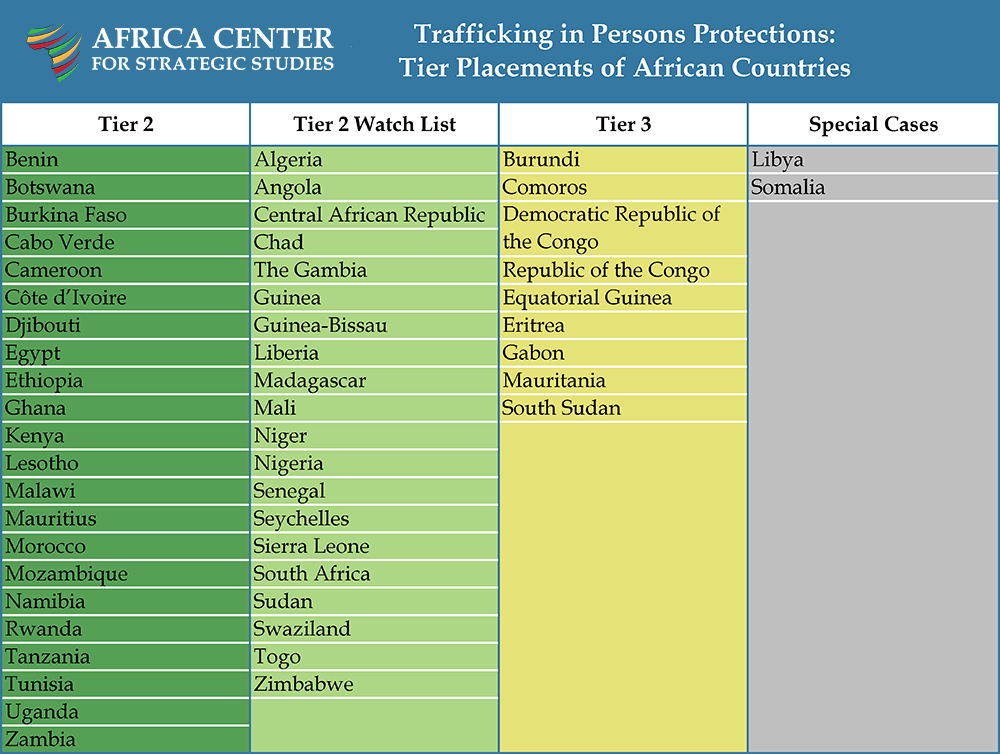