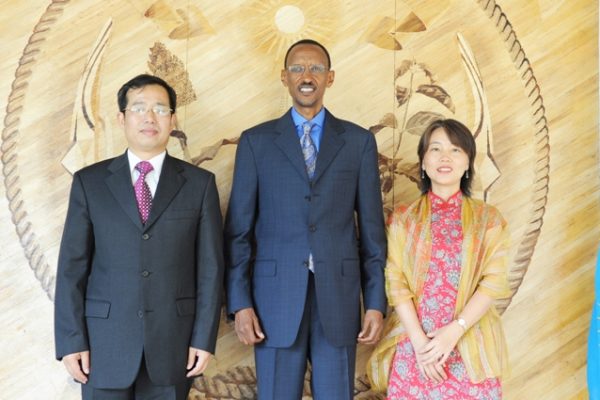 Ambassador SUN Shuzhong and his wife pose for a photo with President Kagame after bidding farewell to him. (Photo: Rwanda/Kagame Flickr)

Chinese officials around the world use Twitter and Facebook, which are blocked in China, to post about their country’s initiatives and defend it against controversy. But the seeming popularity of many accounts, which the Communist Party controls and whose content is sourced from state-run media, and of their posts is artificially inflated by fake accounts that retweet posts thousands of times. These retweets violate Twitter rules on manipulation, leading to a high rate of account suspensions. Improving the labeling of government accounts to better indicate the likelihood of content being propaganda and helping social media implement their own rules will be key to mitigating these strategies.