For the Army, with the Army, like the Army? The Rise of Guidon Shimiray and the NDC-Rénové in Eastern Congo 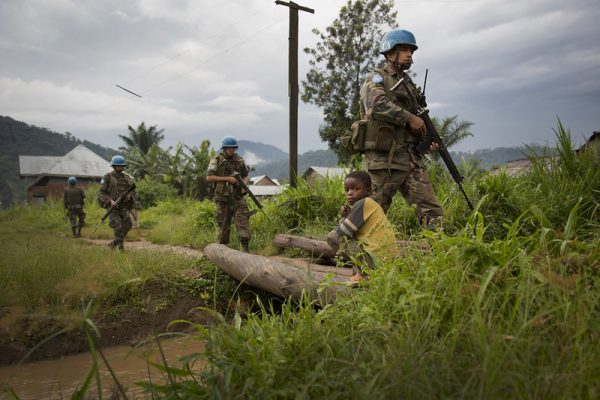 UN peacekeepers conduct foot patrols in the town of Pinga to secure the area after the NDC (Nduma Defense of Congo), a local militia, fled on 4 December 2013. (Photo: MONUSCO)

The Nduma Defence of Congo (NDC) and its offshoot, the NDC-Renove (NCD-R), are among the oldest armed groups in Eastern Congo, one of more than a hundred that operate in the region. After its 2008 creation, it grew into the group with the largest territorial control in the region. The NDC eventually served as a proxy for Congolese and Rwandan forces, notably in fighting the FDLR. It also set up governance structures, including taxation systems, a police force, and means to control mining revenues and trade. These security governance structures will need to be purged of corrupt leaders and patronage networks.