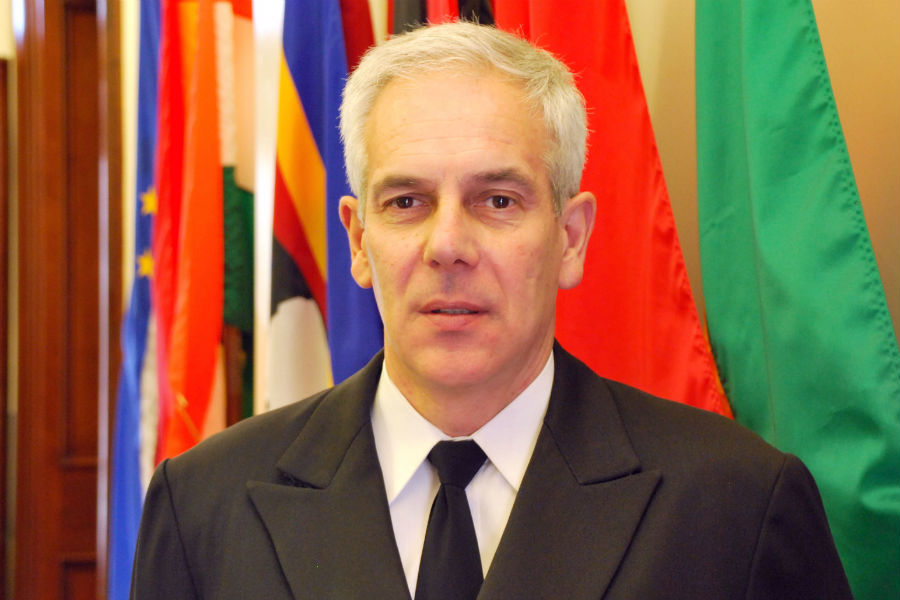 As senior Portuguese representative, Captain Joaquim Pacheco dos Santos serves as a liaison between the Africa Center and the Portuguese Ministry of Defense, coordinating exchanges on security-related Africa policy and scholarship. He also serves as a facilitator and speaker at Africa Center academic programs.

Captain dos Santos holds a Ph.D. in Management and Organizational Behavior from the Superior Institute of Work and Enterprise Sciences (ISCTE) in Lisbon and a master’s degree in organizational behavior from the Superior Institute of Applied Psychology (ISPA) in Lisbon. Captain dos Santos has been an Invited Lecturer on Leadership, Motivation, and Corporate/Business Ethics at the ISCTE-IUL, University at Lisbon, since 2005. He had published several scientific papers on team leadership development and training.